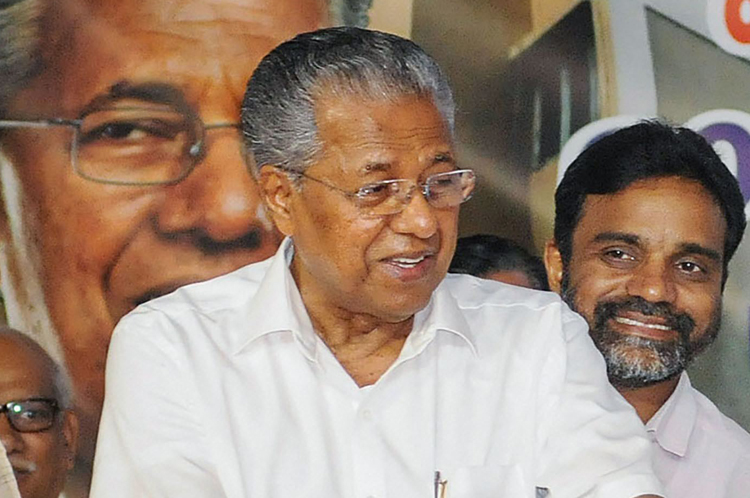 Kerala chief secretary Tom Jose has added fuel to the squabble between ruling allies CPM and CPI over the gunning down of four alleged Maoists in Palakkad district early last week.

While chief minister Pinarayi Vijayan has maintained that it was the Maoists who first opened fire at the police inside the Attapadi forest, the CPI claims that the four were killed in a fake encounter.

Justifying the killings, the chief secretary in an article in The Times of India on Tuesday argued that Maoists should be killed for the safety of citizens.

“There is no rationale in stating that Maoists who indulge in armed conflicts have got the same human rights and privileges as normal citizens,” Jose wrote in the article titled “It is like a war: Kill or be killed”.

Jose made an oblique reference to the arrest of two students under the stringent Unlawful Activities (Prevention) Act in Kozhikode two days ago as part of the widening network of “urban Maoists”. “If the terrorists... reach urban areas as they are aiming, then...we must act. We cannot afford to do nothing,” he said.

The CPI was quick to react. Saying the chief secretary has no right to publish an article supporting the police action, CPI state assistant secretary K. Prakash Babu wondered: “Don’t we have a democratically elected government here?”

Prakash Babu had led a CPI team that visited the so-called encounter site and found “no shred of evidence” to support the police claim that there was a fierce encounter before they gunned down the four Maoists.

The delegation that visited the “encounter” site at Manjakandy in Pallakkad had accused the police of stage-managing the action. It had also questioned the veracity of a video circulated by the police in support of their claim.

Prakash Babu said the chief secretary had violated service rules by writing an article at a time the Assembly was in session.

In the Assembly, leader of Opposition Ramesh Chennithala of the Congress also raised the issue. Chief minister Vijayan said he could not comment since “I haven’t read the article yet”.

Both the CPM and the CPI are continuing their war of words on Maoists and the UAPA through their mouthpieces; of course without directly naming each other.

The CPI’s Janayugom was more forthright when it pointed out that the party’s criticism was directed at the police, and not the government per se.

“The suspicion of who gave the police the power to shoot men, arrest them in the name of the pamphlet and imprison them is not a matter of pointing the finger at the government,” Janayugom wrote in an editorial titled “There is no need to point the finger at the UPA government”.

The CPI state leadership has been openly saying that the Kerala police force headed by Loknath Behera is acting above the state government, a criticism aired by even some prominent members of the CPM itself. Vijayan also holds the home portfolio.

However, for some unexplained reasons, the chief minister has all along defended his police chief. Behera continues to call the shots despite innumerable purported instances of wrongdoing on the part of his force — the arrest of the students under the UAPA being the latest.

Now people are wondering whether it is the chief secretary who formulates the policies of the Left Front government.