O. Rajagopal appeared to suggest that his objections in the House owed to differences over technicalities 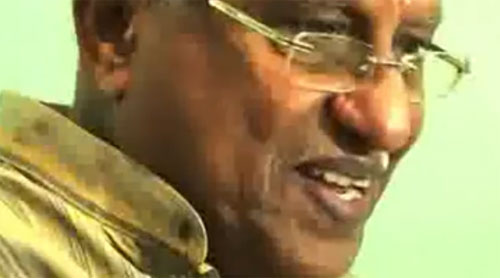 A special session of the Kerala Assembly on Thursday passed a resolution seeking withdrawal of the contentious new farm laws, with its lone BJP member first objecting, then expressing support for the move and finally opposing it again.

As the ruling Left Democratic Front and the Opposition United Democratic Front supported the resolution, BJP member O. Rajagopal aired his objections in a brief statement in the House but did not press for a division.

He, however, shortly called a news conference where, asked why he had not sought a vote in the House, he expressed support for the resolution.

He also appeared to suggest that his objections to the resolution in the House owed to differences over technicalities.

When the perplexed reporters asked again whether he indeed backed the resolution, Rajagopal responded: “I support the resolution.” He, however, went on to add a hint of ambiguity to his position by suggesting he might be supporting the resolution to honour the “democratic” traditions of “consensus” and “compromise”.

Asked whether his support for the resolution wasn’t unnatural from a BJP member, Rajagopal said: “This is the opinion of the Kerala Assembly.”

He added: “Some (in the BJP) may not like it. But in a democratic system we might have to reach a compromise on certain things. There is no need to be stubborn by sticking to a stand. We should move forward based on a consensus. But before reaching the consensus we can present our opinions before the people.”

On whether his adopting such a position might not trigger problems with his party, he said: “I don’t see any issue in that.” He added: “I have differences with certain arguments (in the resolution), which I pointed out in the House.”

Within hours, however, Rajagopal had changed his position through a media statement issued on Facebook.

“The statements that I am opposed to the central government (on the farm laws) is against the facts,” he said.

He seemed to blame his failure to call for a division in the House on the Speaker.

“The Speaker did not ask who were supporting the resolution and who were opposing it. This is a violation of precedent,” he wrote.

State BJP president K. Surendran said the party would examine what Rajagopal had said at the news conference. “I will respond after speaking to him,” he said.

In the House, Rajagopal had said the farm bills were meant to “empower farmers to sell their produce anywhere by avoiding middlemen and commission agents”.

“Those who oppose these laws are those who are opposed to farmers’ interests,” he had added.

Exactly a year ago -- on December 31, 2019 -- the Kerala Assembly had sat to pass a resolution seeking withdrawal of the Citizenship (Amendment) Act.

On Thursday, responding to suggestions from members, chief minister Pinarayi Vijayan told the House his government was examining the UDF demand for an ordinance to bypass the new farm laws. Agriculture, fairs and markets figure on the state list.

Vijayan said the governor had been reminded that he didn’t enjoy discretionary powers to stop an elected government from convening a session.