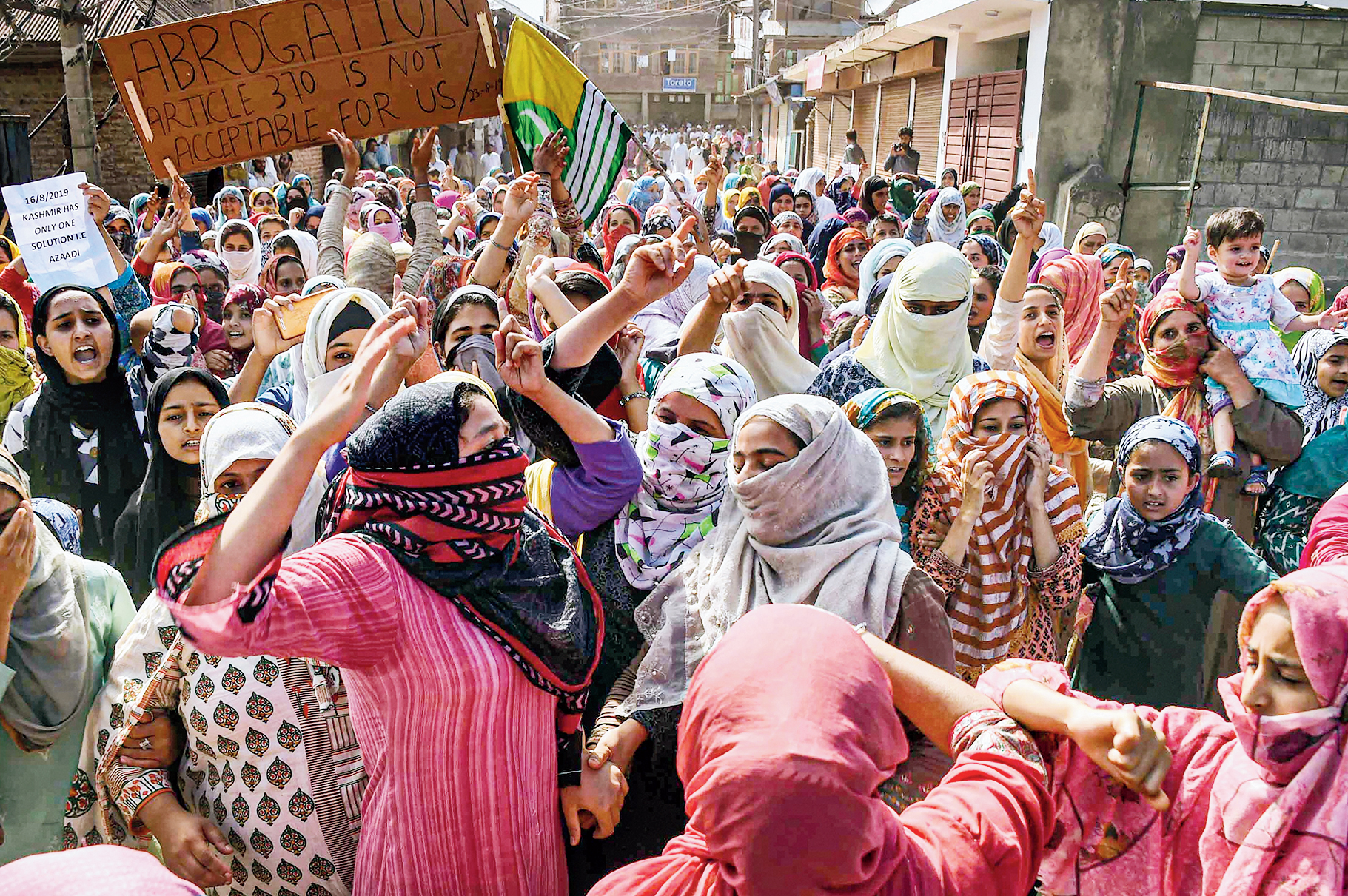 Asifa Mubeen was woken up by the sound of barking dogs as police officers began pouring into her yard.

Her husband, Mubeen Shah, a wealthy Kashmiri merchant, stepped out onto their bedroom balcony in the night air. The officers shouted up that he was under arrest. When he asked to see a warrant, his wife said, the officers told him there wouldn’t be one.

“This is different,” they said. “We have orders.”

It was the start of one of the biggest mass arrests of civilian leaders in decades carried out by India.

Local officials say that at least 2,000 Kashmiris — including business leaders, human rights defenders, elected representatives, teachers, and students as young as 14 — were rounded up by security forces in the days right before and right after the government revoked Jammu and Kashmir’s special status.

The detainees have not been able to communicate with their families or meet with lawyers. Their whereabouts remain unknown. Most were taken in the middle of the night, witnesses said.

“Kashmir is silent as a graveyard,” said Vrinda Grover, a human rights lawyer.

The government isn’t revealing what charges the detainees face or how long they will be held. Some were reported to have been flown to jails in Lucknow, Varanasi and Agra.

On Thursday, the United Nations Human Rights Office said it was “gravely concerned”.

For decades, Kashmir has been racked by militancy, oppression and unrest. Kashmiris are feeling especially demoralised and cornered now. The fear is that the area is about to blow, and even with phone lines cut, leaders in jail and soldiers on every street, protests are erupting. Some are peaceful. Others descend into stone-pelting clashes.

But the fury is there, always.

The home ministry will not answer questions about the mass arrests.

Prime Minister Narendra Modi has said the state of Jammu and Kashmir had suffered too long and needed a change. He promised that the new arrangement would improve governance, bring peace and boost outside investment, which many Kashmiris question, especially now that business leaders have been thrown in jail.

“Who will invest there?” asked Farooq Kathwari, a prominent Kashmiri and the chief executive officer of Ethan Allen, the American furniture chain.

The way security officials have handled this, he said, “has taken the dignity of the people. They have created a rage, and that rage will get them to do all kinds of things.”

Among the people who were rounded up were Mian Qayoom, president of the Jammu and Kashmir High Court Bar Association; Mohammed Yasin Khan, chairman of the Kashmir Economic Alliance; Raja Muzaffar Bhat, an anticorruption crusader; Fayaz Ahmed Mir, a tractor driver and Arabic scholar; and former chief ministers Omar Abdullah and Mehbooba Mufti.

Shah Faesal, another politician, was arrested at New Delhi’s international airport, bags checked, boarding pass in hand, heading for a fellowship at Harvard. Several prominent state politicians have been put under house arrest.

“These detentions are totally illegal and unconstitutional,” said Zaffar Shah, a Kashmiri lawyer.

In the case of Mubeen Shah, 63, the wealthy merchant, his wife is still stunned about him being taken away. He was “just a business guy”, she said, who dealt in Kashmiri curios and carpets and had tried to woo foreign investors to build new electricity plants in Kashmir — exactly what the Modi government has said it wants.

As dozens surrounded Mubeen Shah, others moved house to house, across the Valley, looking for specific people. At least 20 stormed the home of Bhat, the anticorruption activist, his family said.

Bhat’s family said he had never been arrested before, “not even for one hour”.

When his wife, Fozia Kauser, asked why this was happening, the Kashmiri police said they didn’t know. Again, the response was: orders.

A few days after Mubeen Shah, the rug and crafts merchant, was arrested, his elder brother, Niaz, tracked him down at a Srinagar jail.

Mubeen Shah asked the guards if he could hug his brother. They said yes.

The next morning, Niaz Shah came back with some spare clothes.

But guards told him his brother was gone, on a military plane to Agra.