H.D. Kumaraswamy promises to scrap NEET if voted to power

The death of Naveen Shekharappa Gyanagaudar has renewed the campaign against national entrance test, against which Tamil Nadu has brought a legislation 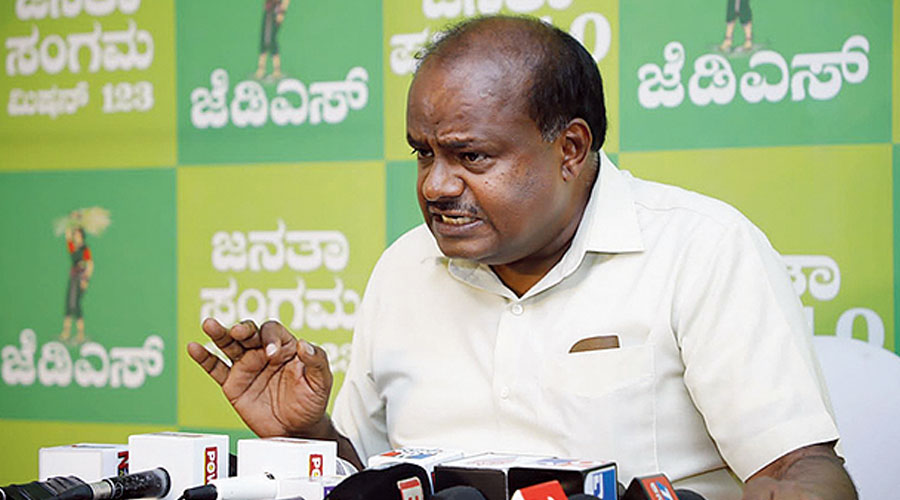 “We oppose the NEET, which is a trap to suffocate students and fill the pockets of some. We will end it,” he tweeted.

NEET-National Eligibility and Entrance Test, is shattering dreams of middle class and the poor of studying medical education. NEET has become a Death Statue for the parents and students. Higher education is being reserved just for the haves while denying for the have-nots. 1/11

The death of Naveen Shekharappa Gyanagaudar, 22, who was killed in Russian shelling in Kharkiv on March 1, has renewed the campaign against the national entrance test, against which neighbouring Tamil Nadu has brought a legislation.

Naveen’s father had said his son was compelled to go to Ukraine to study medicine as he couldn’t get a seat in India despite scoring 97 per cent marks in Class XII. He had also noted that medical education was way more affordable in east European countries compared to India.

There have been allegations that the NEET puts socially and economically weaker students and those from state boards at a disadvantage.

Kumaraswamy slammed Karnataka education minister C.N. Ashwath Narayan who had accused those opposed to the NEET of being greedy.

“We are saddened over the death of Naveen and stand by his family. But many people are now coming out against the NEET citing Naveen’s death. I strongly believe they are all hungry for money,” the minister had said on Wednesday.

Janata Dal Secular leader Kumaraswamy said the death of Naveen was a “reflection of the NEET’s shameless face which is causing injustice to talented but economically vulnerable rural students in the guise of qualification”.

He pointed out that Naveen had secured 96 per cent marks in Class X and 97 per cent in Class XII. “Even then, he was denied a medical seat in India, which is considered the Kashi of global education. It is not easy for a rural student to secure such high percentage. Despite that (a) medical seat was denied,” Kumaraswamy added.