Confusion deepens on trust vote and the fate of 16 MLAs 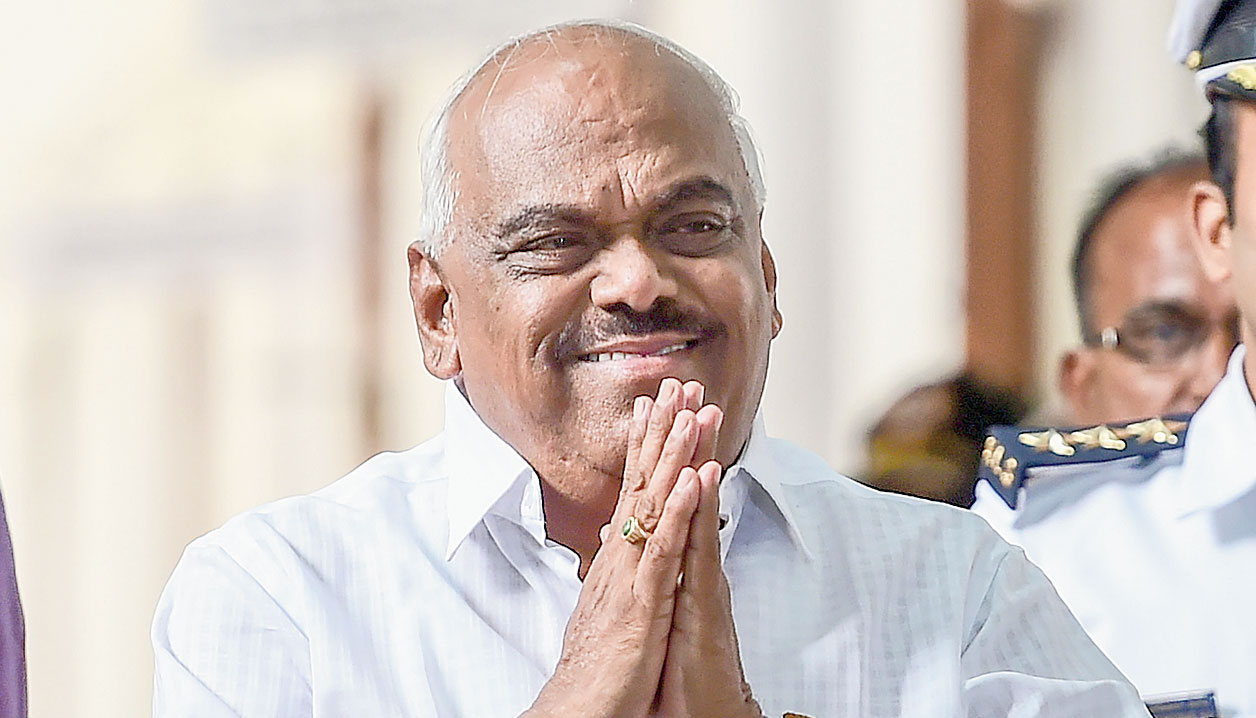 After the Supreme Court's interim order on the Karnataka crisis on Wednesday, confusion deepened on the trust vote and the 16 MLAs, whose fate seems to depend on Speaker K.R. Ramesh Kumar, whose role has turned out to be crucial.

'With utmost humility I welcome and respect the Supreme Court decision,' Kumar said soon after the apex court pronounced its order on the issue that has pushed the state into political turmoil. 'The Supreme Court has put extra burden on me, I will conduct myself responsibly in accordance with constitutional principle,' PTI quoted him as saying in Kolar, his home town.

As Kumar has no time frame set to decide on the fate of the MLAs, the uncertainty in Karnataka may be prolonged if, for some reason, the floor test is not held on July 18.

Whether the trust vote of the H.D. Kumaraswamy-led Karnataka government would be held on July 18 was thrown into doubt today as Congress leader Abhishek Singhvi suggested that it may be held the coming Monday.

Rebel MLAs of the Congress and Janata Dal Secular have refused to appear in the Assembly citing the Supreme Court order, but one Congress leader said his 'gut feeling' was that the Constitution would prevail. A Congress source refused to reply in yes or no when asked if the party would seek disqualification of the MLAs who do not appear for the trust vote.

PTI reported that a joint delegation of the Congress-JDS coalition, including Kumaraswamy and Congress Legislature Party leader Siddaramaiah, met the Speaker and told him the Supreme Court had restricted their right to issue a whip, but 'we have the right to impose a whip'.

Speaking to reporters after the meeting, senior minister Krishna Byregowda said the apex court had stated that attending or not attending the session was left to the MLAs, but the Assembly rules state that the legislators had to seek permission for their absence.

Singhvi, who represented Speaker Ramesh Kumar in the case, said the House presiding officer's legal point had been accepted by the apex court, and he could decide on the resignations unfettered. “Our contention was that the honourable court should not exercise jurisdiction in this case. The Speaker is fully empowered. He has not done any perversity. The court should allow the process to work itself out,” Singhvi said. “This was 90 per cent of the argument and we have succeeded.”

He tried hard to separate the legal merit of the interim order from the political reality of the imminent floor test, and while trying to explain the points at a news conference, Singhvi hinted that the trust vote could be on Monday, not Thursday. He said 'it is for the House to decide'. Singhvi is a senior Congress leader and a national spokesperson of the party.

But another statement came from the Congress and it seemed different from Singhvi's stand. Randeep Surjewala, in charge of communications in the party, tweeted: “SC’s order nullifying the Whip & by extension, operation of Constitution’s Xth Schedule to punish MLA's betraying the public mandate, sets a terrible judicial precedent!”

Faizan Mustafa, the vice-chancellor of Hyderabad's NALSAR University of Law, made the same point. “Today’s order is somewhat of a realisation that they don’t want to really interfere with the Speaker’s powers. But today they have curtailed the constitutional right of a political party,” he said. The anti-defection law was enshrined in Schedule X in 1985 to prevent political defections. The law says that if a legislator defies (by abstaining or voting against) the party whip, s/he could be disqualified from the House. “The whole idea of the anti-defection law is to protect the interest of the party on whose ticket you’ve won the election. This order goes against the logic of that Constitutional amendment,” Mustafa said.

Senior advocate Mukul Rohatgi, who represented the rebel MLAs in court, said after the order: “All 15 are given the liberty that they may go to the House, they may not go to the House tomorrow, they cannot be compelled.”

But Karnataka Congress working president Eshwar Khandre said: “We’ve issued a whip and according to us it should be obliged. They (the MLAs) have to come and attend the floor test, vote for the Congress and for the alliance government. Let us see.... After this order, they may feel that the highest court is for their protection but my gut feeling is that the Constitution will prevail and the whip will be enforced.”