Kangana Ranaut to be given Y-plus category security 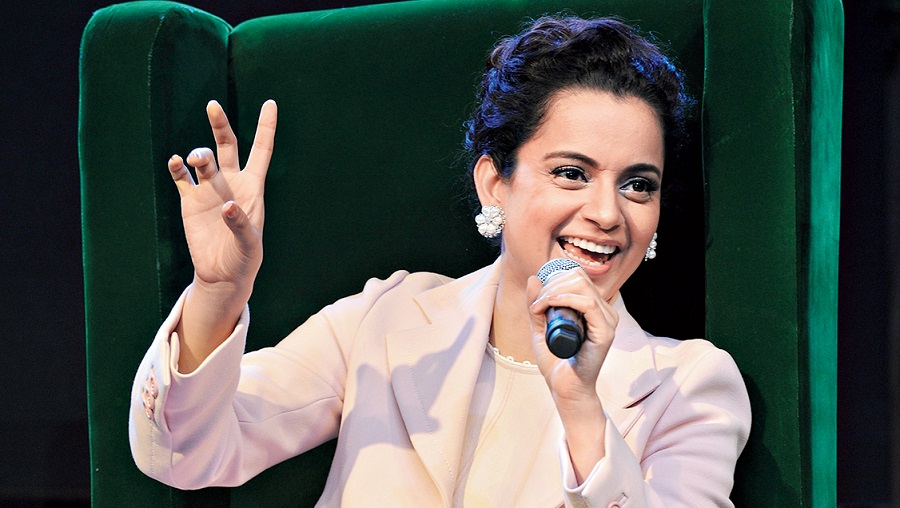 Kangana Ranaut has been given Y-plus category security and will be protected by about 10 armed commandos, the Union Home Ministry said on Monday, prompting the Bollywood actor to thank Home Minister Amit Shah and declare that no one could crush a patriot.

The decision to provide 24X7 security comes two days before Ranaut, who is in her home state Himachal Pradesh and had likened Mumbai to Pakistan occupied Kashmir, plans to visit Mumbai on September 9.

Ranaut, whose comments led to a spat with Shiv Sena leader Sanjay Raut, had said she felt unsafe in Mumbai after the death of actor Sushant Singh Rajput and also spoke of drug use in a section of the film industry.

Describing the Queen star as a daughter of Himachal Pradesh, Chief Minister Jai Ram Thakur issued a video statement on Monday welcoming the decision to provide her with CRPF security.

He said the Central and the state governments are providing security to the actor and would do whatever necessary for her security.

"I have got information that an 11-member commando team of the CRPF has been provided by the Ministry of Home Affairs for her security yesterday. I welcome this decision and also express my gratitude to union home minister... her security is important for us", he said.

A Union Home ministry official explained that Y-plus category central cover entails the deployment of about 10 armed commandos who will work in shifts around the clock, he explained.

Ranaut, often in the eye of the storm for her provocative comments, went on Twitter to express gratitude for the security being provided to her.

"This shows that no one can crush a patriot in the country. I am thankful to Home Minister Amit Shah," she said.

"Had he (Amit Shah) wanted, he would have told me to visit Mumbai later but he respected India's daughter and acknowledged my self-respect. Jai Hind," Ranaut added.

In his statement, the Himachal Pradesh chief minister said state police would provide security at the actor's Manali residence and he had directed the director general of police to assess the security threat.

If it is necessary, Himachal Pradesh is ready to provide her security during her tours, he said.

On Sunday, he said his government decided to provide the actor security after her father and sister sought protection for her.

Responding to Kadam's tweet, the actor said she feared Mumbai Police more than the "movie mafia", and would prefer security either from Himachal Pradesh or the Centre.

Reacting strongly to her comment, Shiv Sena leader Sanjay Raut purportedly said, "We kindly request her not to come to Mumbai. This is nothing but an insult to Mumbai Police."

Hitting back, Ranaut tweeted, "Why is Mumbai feeling like Pakistan-occupied-Kashmir?"

The actor also tagged a September 1 news report on Raut asking her not to return to Mumbai if she was afraid of the city police.

In a tweet stating that she would be returning to Mumbai on September 9, Ranaut had dared anyone to stop her. Sena MLA Pratap Saranik hit back with a slap threat and said she should be arrested for sedition.

Ranaut also asked Raut to apologise for his remarks against her. Raut on Sunday said he would consider doing so only if she apologises for her "insulting" remarks against Mumbai and Maharashtra.