Rao is scheduled to meet Mamata Banerjee, Mayawati and Akhilesh Yadav over the next week 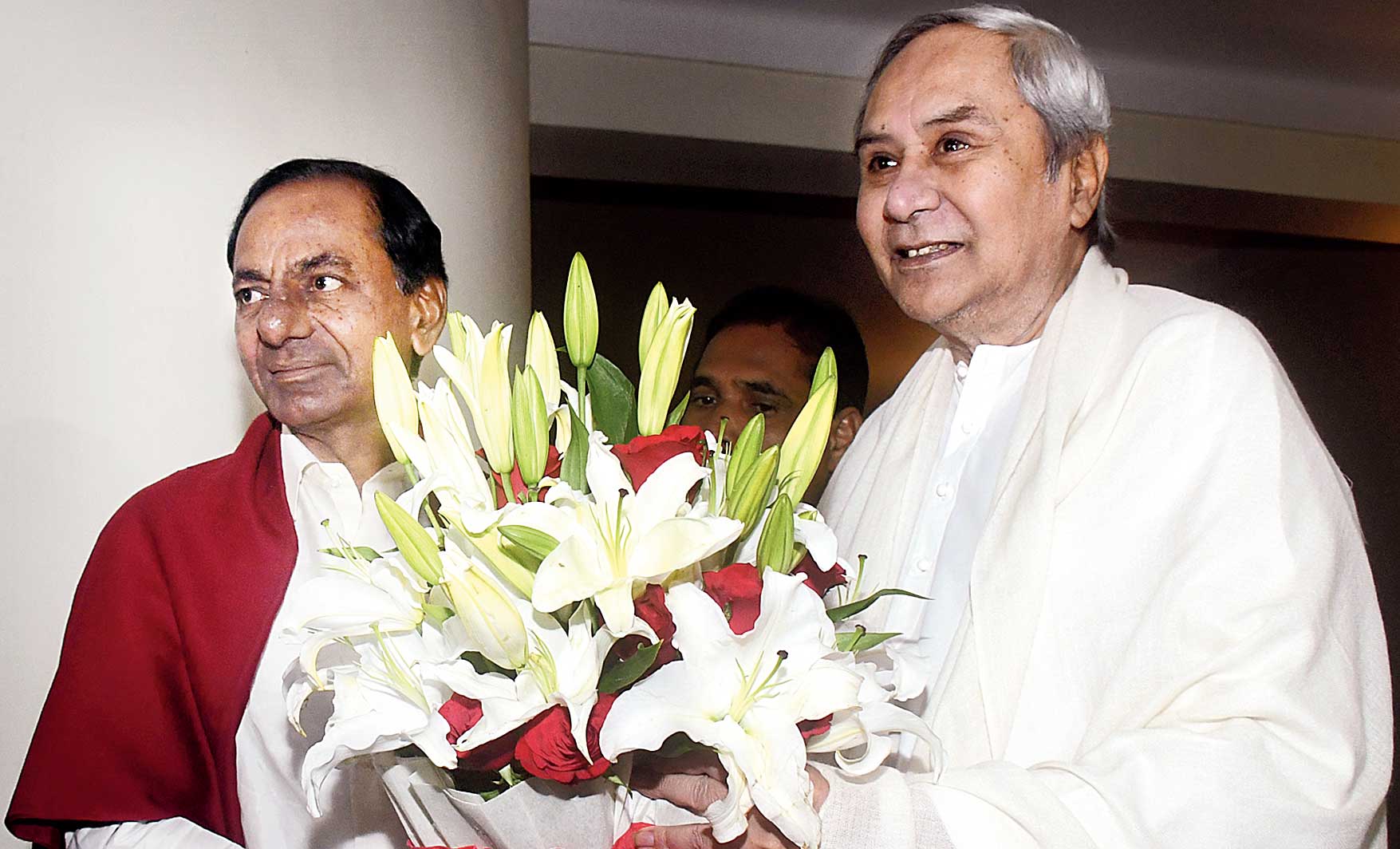 The Biju Janata Dal (BJD) and the Telangana Rashtra Samithi (TRS) on Monday moved a step towards forging an alliance of regional parties for a “qualitative change” in the national politics.

Telangana chief minister and TRS president K. Chandrasekhar Rao, who met his Odisha counterpart and BJD president Naveen Patnaik here, echoed the need for change. Both the leaders pledged to take the alliance of likeminded parties to the next level.

“A dialogue has begun among the regional parties to come together,” Rao said after the two leaders emerged from their meeting that lasted 30 minutes.

However, both of them maintained that there had been nothing concrete about floating a federal front comprising non-Congress and non-BJP parties. The meeting assumed significance as the two leaders met a day ahead of Prime Minister Narendra Modi’s visit to Odisha.

Following the meeting, Naveen said: “We are regional parties, we have discussed several things including furthering the friendship of like-minded parties.”

Rao said: “It’s for certain that the country needs a change...a qualitative change for which dialogue must begin.”

Asked when the new front would be floated, he said: “Nothing will be done in haste. We have just begun the dialogue and will certainly meet again.”

“Definitely we need to talk to some more people across the nation…you will see the developments in the future, don’t be so anxious right now,” Rao, who recently won a massive mandate in Telangana Assembly polls, added.

He also emphasised the need for unity among regional parties. “We strongly believe there is a need for an alternative to the BJP and the Congress,” Rao said.

The TRS leader said: “He is a very senior chief minister in the country. He is doing a lot of things for Odisha…he is a good role model and a selfless political leader...a tall personality.”

Rao also announced his support for Naveen’s move to demand 33 per cent reservation for women in the state legislatures and Lok Sabha.

“I congratulate him and fully support the cause of women,” Rao said.