Just a hug, not a Rafale deal: Navjyot Singh Sidhu 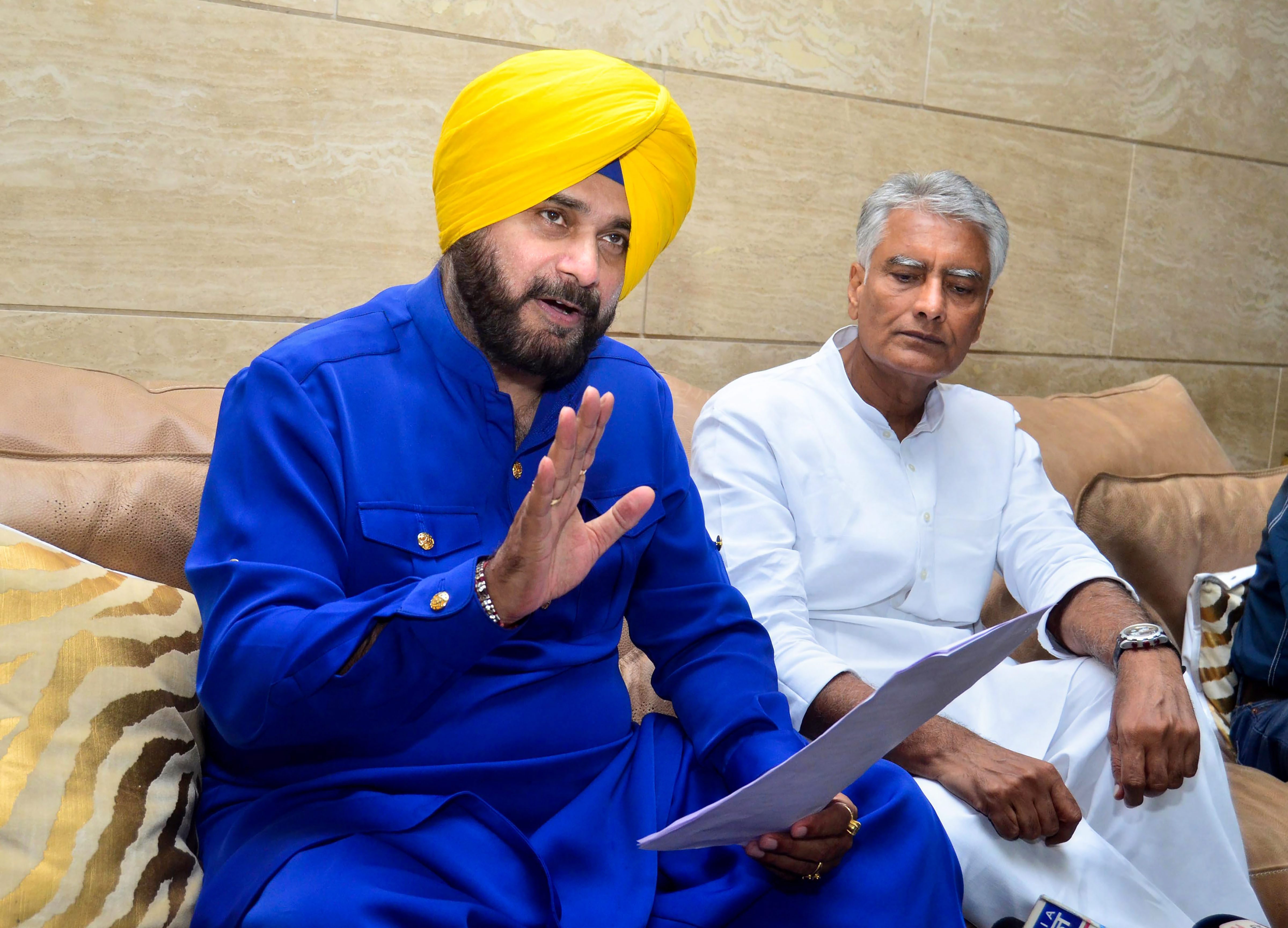 Asserting that his hug with Pakistan's army chief has been blown out of proportion, Punjab minister Navjot Singh Sidhu targeted the BJP on Wednesday, saying it was just a 'jhappi' (hug) and 'not a Rafale deal'.

The cricketer-turned-politician's Congress party has been attacking the BJP-led government at the Centre over the Rafale fighter jet deal and alleged a scam worth several crore rupees in the matter.

After defence minister Nirmala Sitharaman said the gesture was demoralising for soldiers in India, Sidhu told a group of journalists, 'You start raking up this issue again. Sidhu has become such an important person that the defence minister makes a statement...It was just a 'jhappi' (hug)...It is not a conspiracy, 'jhappi' is not Rafale deal, 'jhappi' is not firing bullets at Gursikhs.'

'You are not talking about sentiments of Sikhs and you have blown the one-second emotional hug out of proportion. Is it a conspiracy?' he asked.

On Tuesday, Sitharaman said Sidhu's gesture of hugging Pakistan's army chief impacted soldiers back home and asserted that the Punjab minister could have 'avoided it'.

Sidhu courted controversy by hugging Pakistan army chief Qamar Javed Bajwa during his visit to Pakistan for the swearing-in of Imran Khan as Prime Minister last month. Khan is a former Pakistani cricketer.

He had earlier said that he hugged Bajwa after he told him that Pakistan would open the Kartarpur border for Sikhs from India's Punjab to visit to Kartarpur Sahib Gurdwara in Pakistan.

Lambasting the Shiromani Akali Dal (SAD), an ally of the BJP, Sidhu said it was 'frustrated' and accused the party of creating hurdles in the Kartarpur Sahib Gurdwara corridor issue.

'Be partner in this good work. Why are you creating hurdles in it,' said Sidhu while criticising Akali Dal leaders without naming them.

'What am I saying is that just get a letter written (from Centre to Pakistan over passage issue) and get it released,' he said, adding that Pakistan had already shown positive intent on this issue.

SAD chief Sukhbir Singh Badal and Union minister Harsimrat Kaur Badal on Tuesday had attacked Sidhu, accusing him of lying to people on the matter. Sukhbir had called Sidhu as the 'biggest traitor' of the country for embracing the Pakistan Army chief.