Journalist looks back on day Gandhi was assassinated

The leaders of the RSS were very bitter and had a kind of animosity or dislike towards Mahatma Gandhi: Walter Alfred 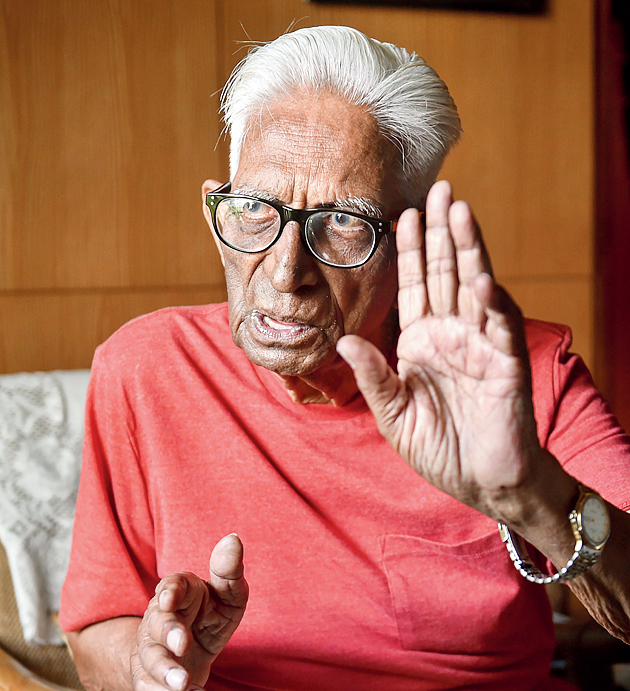 Walter Alfred, who turned 99 last month, was a journalist for Press Trust of India in Nagpur when Mahatma Gandhi was shot dead by Nathuram Godse on January 30, 1948.

“January 30, 1948 was a lean day for all of us... I might have filed a few news stories till evening. The office phone rang around 6.30-7pm and that’s when I got to know about the assassination of Mahatma Gandhi,” recalled Alfred, who now lives in Mira Road near Mumbai. A colleague from Mumbai was at the other end, informing him about the fatal attack on the Mahatma in New Delhi at 5.17pm.

Alfred, who says he was born on September 21, 1920, in Mangalore, remembers the colleague’s name only as Ponkshe. He said he did not lose his composure. There was little time for emotion that day, said Alfred, who joined Reuters when he was about 18. Reuters owned and ran the Associated Press of India, which became Press Trust of India after Independence.

Asked if the news of the assassination rekindled memories of his previous meetings with Gandhi, Alfred said: “I had no time for such memories. I was focused only on noting down telephonic briefings and making a copy out of it, including details of the arrest of Nathuram Godse and his alleged RSS connection.”

Alfred told The Telegraph over telephone from Thane: “I used to go to their (RSS) office in Nagpur on official work. The leaders of the RSS were very bitter and had a kind of animosity or dislike towards Mahatma Gandhi. They did not show it in any big way after his assassination... They did not speak about it openly...

“As a journalist, I knew some of them. A few days after Gandhi’s assassination, I had dinner at their office and we exchanged our views about him. I spoke highly of Gandhi. They didn’t like it, but they were not showing what their views were... It was second line leaders. I can’t remember their names....”

Alfred added: “I could not assess their mood. I had dinner and did not want to quarrel with them, so I did not go into it (the assassination) much... We spoke about Gandhi once or twice. One or two of them were not in agreement with my praise for Gandhi....”

The journalist recalled that “there were protests against the RSS in Nagpur, not immediately after the assassination, but after a couple of days....” The city had shut down for 13 days to mourn Gandhi, he said. “The RSS always had support, although they are a kind of organisation where people did not openly sympathise with them... Shops and cinemas halls in Nagpur closed for 13 days to mourn Gandhi’s killing.…”