The police registered a case after militants in Batmaloo shot at a police search party in August last year, killing a constable 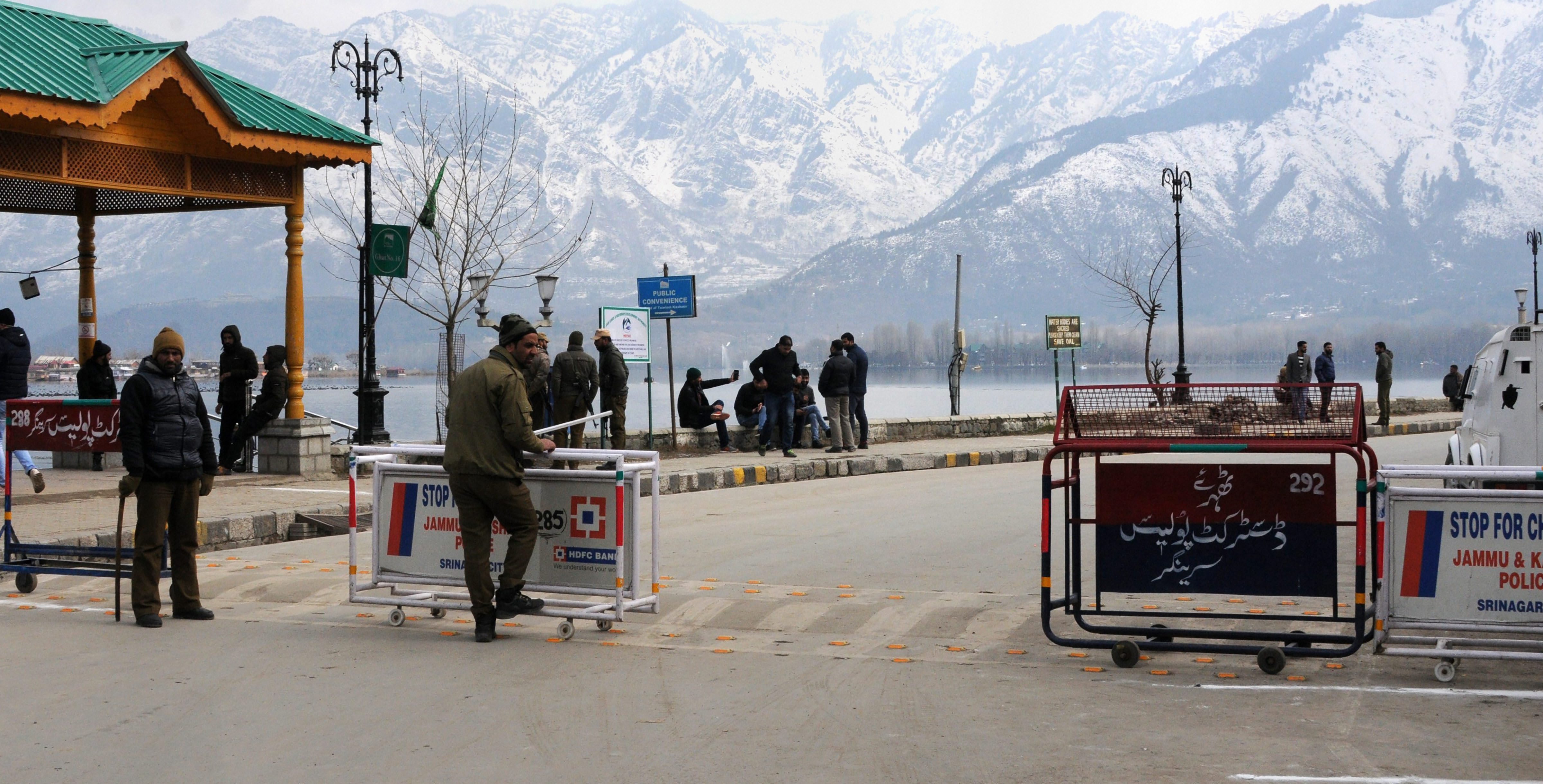 The Jammu and Kashmir police have filed a chargesheet against eight people, among them a journalist identified as Aasif Sultan, for allegedly harbouring militants and conspiring with banned terror group Hizb-ul Mujahideen, officials said on Thursday.

The police registered a case after militants in Batmaloo shot at a police searching party in August last year. Constable Parvaiz Ahmad had died in the attack.

Besides the journalist, the police chargesheeted Mohammed Shafeeq Bhat, Waseem Khan, Bilal Ahmed Bhat and Shazia under various sections, including those relating to murder, of the Ranbir Penal Code and the Arms Act.

Three untraced militants of Hizbul Mujahideen -- Abbas Sheikh, Aqib Nazir and Tehseen Ahmed -- have been named in the chargesheet.

The police have secured prosecution sanctions under the Unlawful Activities Prevention Act against all the accused in the chargesheet.

During the preliminary investigation, the involvement of Mohammed Shafiq Bhat and Wasim Ahmed Khan was established in harbouring the militants in Bhat's house.

They were arrested and questioned to unearth the conspiracy during which the identity of the escaped militants was ascertained as Umar Rashid, Umar Majeed and Aqib Nazir. all belonging to the Hizbul Mujahideen.

Khan, during interrogation, also mentioned that the group of militants was involved in snatching of weapons from Dalgate area on May 17 last year.

He named Aasif Sultan, Bilal Ahmed Bhat, an employee of Government Medical College, and Shazia as over-the-ground workers of the Hizb-ul Mujahideen.

Shazia, during her questioning, also made a statement on the involvement of all the five persons, including the journalist, in various terror activities. She alleged that the scribe was a key worker of the Hizbul Mujahideen and a close associate of wanted terrorist Abbas Sheikh, who she claimed had stayed with him at his Srinagar house on earlier occasions.

At her instance, police conducted raids at Sultan's house and recovered 17 letterheads of the banned terror group.

Police has recorded statement of some independent witnesses before a judicial magistrate in which role of all the five accused has been established.

Police alleged that the journalist was involved in various terror activities. 'During investigation, Facebook account of Sultan was perused which revealed that the accused is circulating and propagating messages of banned Hizbul Mujahideen outfit.'

In a letter to Malik, the CPJ had advocated releasing the journalist, who works for a weekly newspaper, and said 'freedom of the press is a vital tenet of democracy and a proud part of India's history. We urge you to use the authority vested in you as governor of Jammu and Kashmir to help immediately ensure that Aasif Sultan is released and that the charges against him are dropped'.

The journalist had approached sessions court for a bail which was rejected. Under UAPA, police is supposed to file a charge sheet within six months after arresting.