Jinnah 'dark page must be preserved'

Maskoor Ahmad Usmani, president of the Aligarh Muslim University students' union, says his organisation is against Muhammad Ali Jinnah's ideology but a country needs to "live with the dark pages of its history". 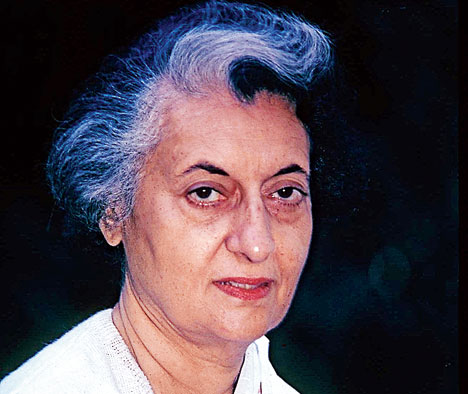 Lucknow: Maskoor Ahmad Usmani, president of the Aligarh Muslim University students’ union, says his organisation is against Muhammad Ali Jinnah’s ideology but a country needs to “live with the dark pages of its history”.

Usmani was speaking a day after a militia formed by Yogi Adityanath decades ago stormed the campus, ostensibly to remove Jinnah’s portrait from the students’ union office, prompting a clash and police action that left Usmani and five others injured.

“A country’s history has dark as well as bright pages. No one in AMU supports Jinnah’s two-nation theory, but we must accept that he is an important part of India’s history,” Usmani, who has a face injury, told The Telegraph from a hospital in Aligarh on Thursday.

Two other students and three from the mob are in hospital, police sources said.

University authorities had apparently persuaded the students to agree to a conciliatory position after Satish Gautam, local MP from the BJP, had written to vice-chancellor Tariq Mansoor on Monday to remove Jinnah’s portrait.

It was removed on Wednesday — for cleaning, a student leader had claimed, while varsity sources indicated the move was meant to avoid a confrontation — but put up again on Thursday in a show of self-assertion. It is not clear whether the Vahini members knew about the removal when they barged in, triggering student resistance and prompting the police to carry out a baton charge and fire rubber bullets and tear-gas shells.

Amir Rasheed, member of the Sangh-affiliated Muslim Rashtriya Manch, on Thursday announced a reward of Rs 51,000 for anyone who removed the portrait.

“We’ll also give a reward of Rs 1 lakh to those who hang the portraits of Savarkar and Shivaji there,” Rasheed said. Savarkar is a Sangh icon who was acquitted of charges of plotting Mahatma Gandhi’s assassination.

“The announcement is proof that the Sangh-BJP want unrest in AMU and are playing every trick in the book to do so. Else, the man who has announced the reward would have been arrested,” Usmani said.

Rasheed had written to vice-chancellor Mansoor on April 27 for permission to hold Sangh shakhas on the campus. His request was ignored. Three days later came Gautam’s request to remove Jinnah’s portrait.

“They first targeted JNU and later Banaras Hindu University. Now it’s our turn to have our atmosphere communalised ahead of elections in several states and the Centre,” Usmani said.

Jinnah’s portrait has been displayed in the office since pre-Independence days, after he was granted an honorary life membership of the students’ union, along with those of all the others so honoured.

“It was not we who gave him lifetime membership and put up his picture --- it was a different union 80-90 years ago. Good or bad, we’ll preserve that history,” Usmani said.

He dared the protesters to demolish Jinnah House in Mumbai, where the founder of Pakistan lived till 1947, and those museums across the country that display his photographs.

“Let the Narendra Modi government enact a law to remove everything in India that is related to Jinnah. Only then can it let loose these groups to target AMU,” Usmani said.

Sajad Subhan Rather, students’ union vice-president, said: “We will never remove the portrait.”