'I was suffering from dysentery, needed to move my bowels' 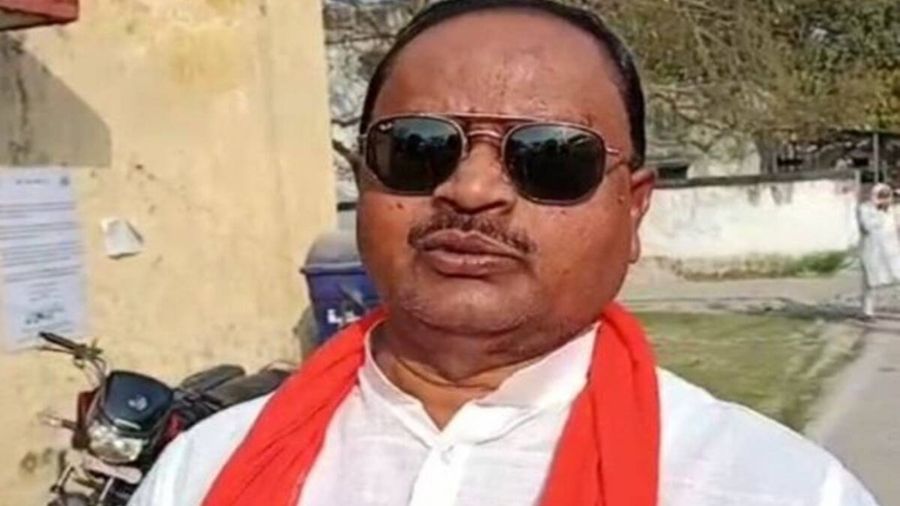 The video, beamed by news channels and portals, shows Mandal engaged in a spat with some fellow passengers who were objecting to his "roaming around" in his vest and underpants.
Twitter
Our Bureau, PTI   |   Patna   |   Published 03.09.21, 03:59 PM

The Opposition in Bihar on Friday found fresh ammunition against Chief Minister Nitish Kumar's JD(U) after a video of a party MLA travelling by a New Delhi-bound train in undergarments went viral.

The video, beamed by news channels and portals, shows Mandal engaged in a spat with some fellow passengers who were objecting to his "roaming around" in his vest and underpants.

"The matter was sorted out as the melee led to the RPF being called and record the statements of myself and the hostile co-passenger," Mandal told reporters.

He, however, insisted that the co-passenger had "over-reacted", claiming "I was suffering from dysentery. No sooner did the train chug off that I felt the need to urgently move my bowels. So I ripped off my kurta and pyjama and made a dash to the toilet".

"On the way, I was accosted by this self-righteous man. I shoved him away and after relieving myself I confronted him. I admonished him saying he should have looked at my age. I am 60. He spoke of female passengers feeling uncomfortable though no woman or girl was inside the compartment," the MLA said.

The legislator also claimed that he suspected that the co-passenger was "drunk", which has not been confirmed by railway and police sources here. Sale and consumption of alcohol is banned in Bihar.

"The man finally realised his mistake when he learnt that I was an MLA. I also pointed out to him that I was wearing knee-length shorts and not mini-sized briefs, which could leave people scandalised," said Mandal who is now in Delhi.

Back home, baiters of the JD(U) were quick to blame his conduct for "bringing a bad name to Bihar".

"I am not aware of the full episode. But I must say it is incidents like these that are responsible for Bihar's poor reputation. I wish the chief minister, who is now left with just a handful of MLAs, could spend some time tutoring the public representatives on public conduct," said LJP MP Chirag Paswan.

RJD MLA and chief spokesman Bhai Virendra concurred. "The so-called sushasan babu (a sobriquet given mockingly to Nitish Kumar by party supremo Lalu Prasad) should take note of such foul behaviour. The state keeps getting a bad name for myriad reasons".