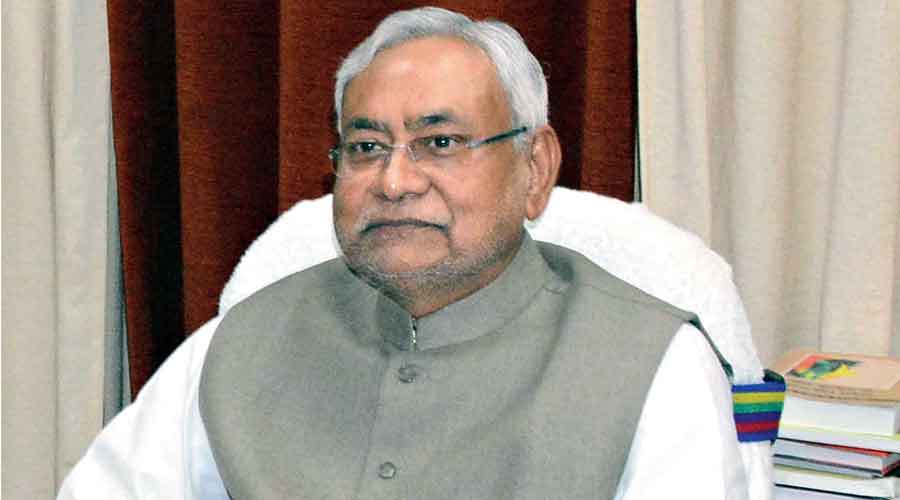 The Janata Dal United (JDU) announced on Sunday that it would not become a part of Prime Minister Narendra Modi’s cabinet at the Centre and said there was a conspiracy to diminish the stature of chief minister Nitish Kumar.

Signalling that all is not well within the ruling National Democratic Alliance (NDA) government in Bihar, the JDU has called a meeting of its members of Parliament in Patna on Tuesday to assess the situation in the wake of former Union steel minister R.C.P. Singh quitting the party on Saturday and attacking Nitish.

There is speculation in political circles that the BJP could use Singh to divide the JDU and shift its vote bank.

“We will not become a part of the NDA government at the Centre. This decision was taken because we were not given a honourable number of berths in the Union cabinet. Our party leader and chief minister Nitish Kumar had already announced this earlier. His decision is the final decision,” senior JDU leader and state education minister Vijay Kumar Choudhary said on Sunday.

A few hours later, JDU national president Rajiv Ranjan Singh, aka Lalan Singh, addressed the media. Lalan iterated the party’s decision of not being a part of the Union cabinet and raisedthe 2020 Assembly election results to assert that there was “a conspiracy to cut down the stature of Nitish Kumar”.

Without naming the  BJP, he said a similar conspiracy was being hatched again.“The Chirag model was used in the 2020 Assembly polls against Nitish. We got fewer seats in the elections not because of erosion of public support, but due to the conspiracy. Once again a similar model is being prepared. We are now alert about it,” Lalan said without mentioning Singh.

“Don’t ask me now about who conspired when, where and how. We know everything and will tell about it at an appropriate time,” Lalan said.

The JDU had contested 115 seats in the 2020 state polls but won just 43. It later blamed the BJP for propping up the then Lok Janshakti Party (LJP) leader Chirag Paswan to field candidates on all the seats that the JDU was contesting, which divided the NDA votes. Singh had to resign from the Union cabinet last month when his Rajya Sabha term ended and Nitish did not nominate him again.

After quitting the party on Saturday, Singh told reporters Nitish “will not become a Prime Minister even in seven lives”.