The move comes on the heels of Nitish attending an iftar thrown by the RJD on April 22, and has further increased the political heat in Bihar 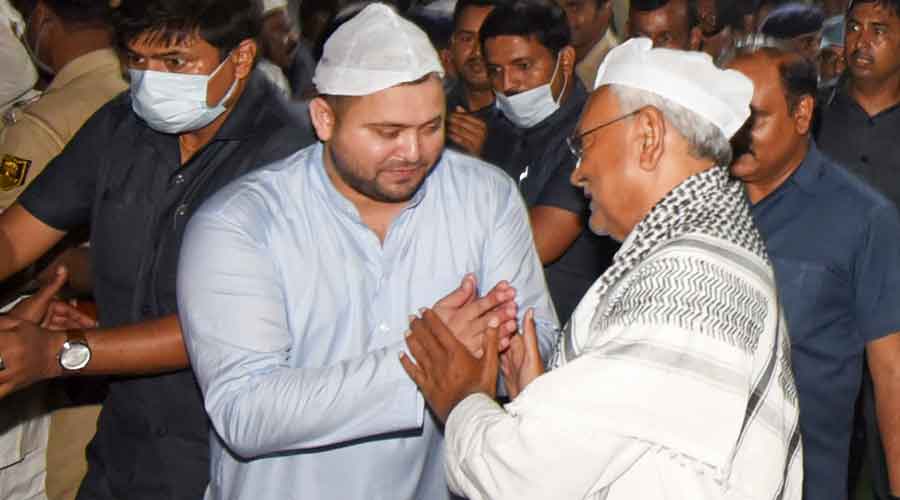 The move comes on the heels of Nitish attending an iftar thrown by the RJD on April 22, and has further increased the political heat in Bihar.

The JDU minority cell  is hosting the iftar and its president, former deputy chairman of the legislative council, Salim Parvez has sent the invitations.

“It would be like icing on the cake if Lalu ji makes it to our iftar. We all will be very happy to meet him. Nitish ji will also be very happy if he comes,” Parvez told media persons on Wednesday.

Asked about the growing closeness between Nitish and Lalu, Parvez pointed out that “politics is a game of possibilities and friendships become stronger after tiffs.”

Nitish and Lalu started their political careers in early 1970s as friends, but turned foes by the 1990s. They came close again in 2014 after Nitish broke away from the National Democratic Alliance (NDA) and became a part of the Grand Alliance to defeat the BJP in 2015 Assembly elections. The two leaders again parted ways after Nitish walked back to the NDA fold in 2017. But, both of them have remained in touch at a personal level.

Lalu is at present undergoing treatment for various ailments at the All India Institute of Medical Sciences, New Delhi and there is a slim chance of him being able to make it to the JDU iftar. However, Rabri and Tejashwi are expected to attend it.

Incidentally, Nitish had hosted an iftar earlier this month (April 15) at his official 1, Aney Marg residence in Patna, but the Lalu’s family had kept away from it. The thaw is being seen after Nitish’s visit to the RJD’s iftar .

Political experts see Nitish venturing out to the RJD’s iftar and meeting Tejashwi and Rabri Devi as a move in line with his recent differences with the Bharatiya Janata Party (BJP) over various issues.

Nitish had also been on a month-long thanksgiving spree in his constituencies signalling something major on his mind, which could be shifting to politics at the Centre or becoming a presidential or vice-presidential candidate in the coming months.

Though Nitish has himself asked not to read much in his visits or attending the RJD’s iftar, people also see it as a pressure tactic to keep an aggressive BJP under control in the state.

The RJD leaders are also keeping their cards close to the chest and asking everybody not to see much in the iftar bonhomie. But, some of them are pointing to national exigencies.

“These iftars are a necessity at a time when the BJP is spreading hate and communalism across the country. They highlight secularism, harmony, tolerance, peace and coexistence. Even if there is nothing political in these events, they send out a strong signal to the people about the idea of India that our forefathers dreamt of,” RJD spokesperson Chitranjan Gagan told The Telegraph.

RJD sources said that Lalu had a telephonic chat with the party’s state president Jagadanand Singh and is expected to return to Patna later this week, if AIIMS Delhi doctors allow him.