Partition of minds and a state. This time by the largest democracy on the planet, without asking J&K 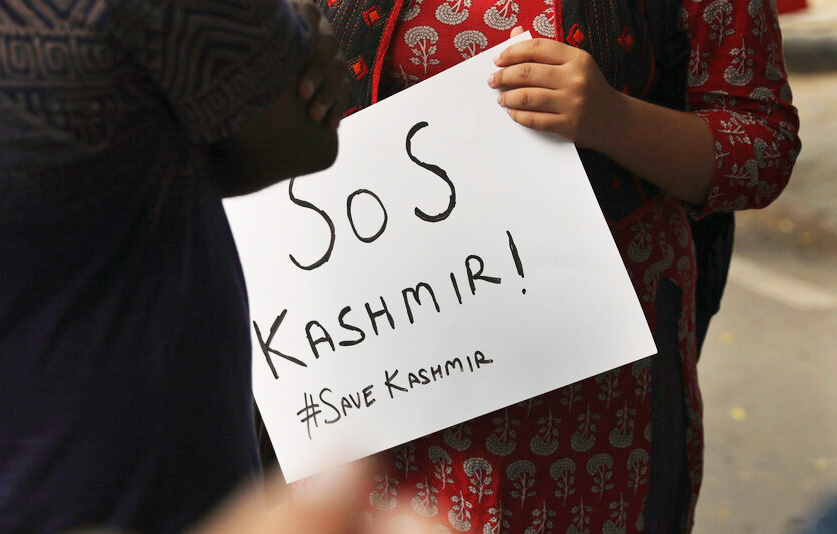 In one fell swoop, the Narendra Modi government on Monday moved to take away Jammu and Kashmir’s special status and then its statehood as well as territorial integrity.

The legislative blitzkrieg, one of the most significant parliamentary interventions in the history of India, unleashed by home minister Amit Shah ended the weeklong suspense built by a troop mobilisation and lockdown of the Valley, and marked by the evacuation of Amarnath pilgrims, tourists and students.

By evening, the statutory resolution amending Article 370 and the bill bifurcating the state into two Union Territories had secured the Rajya Sabha’s approval.

Outfoxed, the Opposition cut a sorry figure with even some parties such as the Trinamul Congress vehemently opposing the bill but walking out, saying they did not want to legitimise the “procedural hara-kiri” by voting.

In the end, the voting Opposition was reduced to the Congress, DMK, SP, RJD and the Left parties. The bill was carried by 125 votes in favour, 65 against and one abstaining.

Although speculation has been raging for a week, the Opposition appeared to have been lulled into complacency by the government’s denials and a formal advisory that suggested a terror threat to the Amarnath Yatra was behind the build-up.

Kashmir was cut off from the national communication grid as a precautionary measure. PTI reported from Jammu that former chief ministers Mehbooba Mufti and Omar Abdullah were arrested along with fellow mainstream leaders such as Sajjad Lone and Imran Ansari.

The revocation of the special status for Jammu and Kashmir ignited celebrations in several parts of the country, underscoring the political dividends the BJP is hoping to reap and the reluctance of some Opposition parties to array themselves against the “national interest”.

Industrialists who chose to spoke on record welcomed the government’s move. The Sensex touched a five-month low and the rupee clocked its biggest single-day drop in the past six years.

In the Rajya Sabha, where the state’s reorganisation faced more opposition than the axe on Jammu and Kashmir’s special status, home minister Amit Shah assured the members that the statehood would be restored once normality returned.

Shah blamed Article 370 for every problem in Kashmir, from terrorism to corruption, poverty, lack of development, and the absence of democracy.

Terming the importance attached in the Valley to Article 370 a “mental barrier’’, he urged the youth in particular to shed this mentality and explore the potential that would open up with the state’s “full integration’’ with India.

He particularly stressed how real estate prices would go up. The revocation of Article 35A will technically enable individuals without the status of a permanent resident of Jammu and Kashmir to invest in land and property in the state.

“Give us five years, and we will make Jammu and Kashmir the most developed state. Don’t be misled by the naysayers,” Shah said.

He warned that the Modi government had invested so much political will in the decision that even legal challenges would not make a difference.

A divided Opposition was caught unawares and ill-prepared to deal with the magnitude of the proposed change, bringing up comparisons to the demonetisation of November 2016.

Neither the resolution nor the bill had been on the day’s list of business, nor had they been circulated among the members yet. The Opposition MPs accused the government of ignoring the rulebook and giving them little time to read or analyse the implications of the 57-page bill.

Spearheaded by leader of the Opposition Ghulam Nabi Azad, members from the Congress, DMK, Rashtriya Janata Dal, People’s Democratic Party, CPI and Trinamul rushed to the well, their slogans drowning out Shah's voice.

The PDP members were the most belligerent, their leader Mir Mohammad Fayaz tearing his shirt. Within minutes, his colleague Nazir Ahmed had torn a copy of the Constitution and strewn the pieces in the air.

Azad, who in a rare gesture of defiance squatted in the well for a good part of the day, condemned the tearing of the Constitution but added that the government too was “murdering” the Constitution with its twin surprises.

Azad accused the government of chopping off India’s head by wiping out one of its 29 states.