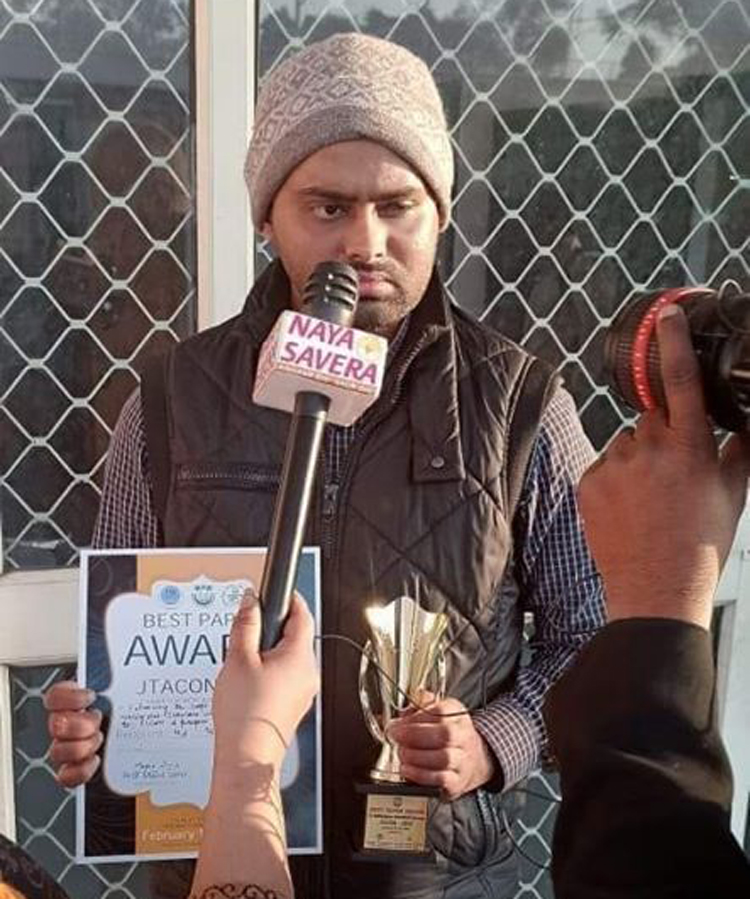 Students and staff of Jamia Millia Islamia filed a petition in the Supreme Court on Wednesday seeking its intervention so that police register FIRs pertaining to last year's brutal campus crackdown in which several students were injured, including a law student who has since lost an eye.

More than 90 students and staff are behind the petition against an interim order of the Delhi High Court wherein it declined to direct police to register FIRs against police personnel who had entered the campus and university library on 15 December 2019, following a student protest against the controversial Citizenship (Amendment) Act (CAA) and the proposed National Register of Citizens (NRC).

Recently released CCTV footage of the December 15 atrocity shows policemen mercilessly beating up students and assaulting those trapped in reading rooms with lathis.

'The matter was argued at length (in the High Court). We showed them photographs, including ones where men in civil dress were beating up students. There is evidence of police assault and testimonies of injured students. But the high court didn’t take any cognisance and adjourned the matter for seven weeks,” said Nabila Hasan, a lawyer with the Human Rights Law Network (HRLN), and a petitioner in the case.

According to the petition, “all the 93 complaints made to the police are lying with Delhi police, who are refusing to register FIR/FIRs.” While it has claimed in the high court that an investigation is underway, students allege that “the investigation is biased as it is based only on an FIR filed by the police against students”.

Mohammad Minhajuddin and Md Mustafa, two of the petitioners, were seriously injured during the police attack on 15 December 2019. Minhajuddin was assaulted with a fibreglass lathi by a man in plain clothes. Minhajuddin has lost sight in his left eye from the injury. Mustafa was mercilessly beaten; both his hands were severely fractured and his body was covered in bruises. Hasan received CCTV footage of the day from the Jamia administration, which forms part of the evidence.

Shaheen Abdulla, a student, visited the New Friends Colony police station to file an FIR after the incident. The police, however, refused to lodge a complaint. “I was told that the case might be investigated by a Special Investigation Team (SIT). They tried to confuse us. The police were also intimidating students who went to them with a complaint,” Abdulla informed. Since the police intimidated and refused to entertain students, Hasan decided that it would be better to send complaints to the police by post.

On 18 February, Delhi police filed an 800-page chargesheet on the 15 December violence. It claims that the police entered campus “in order to safeguard students” and “tear gas shells and moderate force was used to disperse” violent protestors. The chargesheet was filed against 17 arrested individuals, but the police have not been able to establish any conclusive proof against any Jamia students, despite there being 3 named in one FIR. 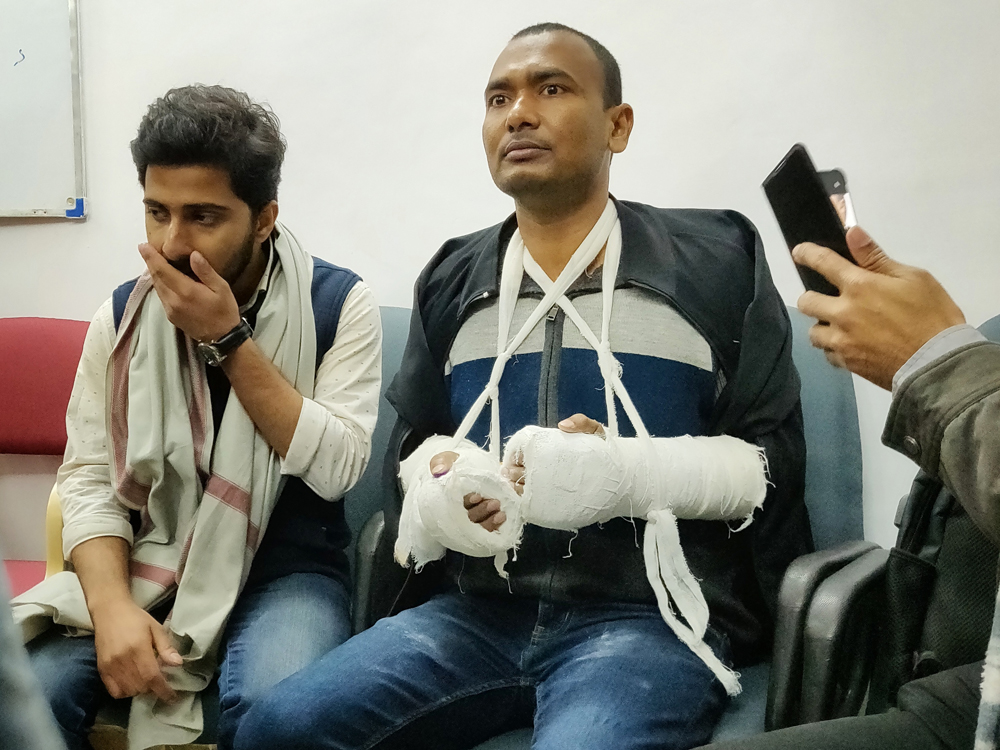 The Delhi police’s refusal to register a complaint is illegal. A former Delhi police commissioner told The Telegraph Online that the police can’t refuse to file an FIR, and it would be illegal to do so. “If a complaint is made which lays out a criminal offence, irrespective of who it is against, it has to be registered as per the law – unless it is patently false, but in this case there are videos and so on,” the retired IPS officer shared on condition of anonymity.

“They told us that our case was transferred to the crime branch. On 20 January, we approached the court when it asked the Delhi police to submit a report on the action taken. The next hearing is coming up next month,” said Khan. According to him, the administration accused the police for entering the university campus without permission, and injuring students and damaging public property.

The university falls under the jurisdiction of the Jamia Nagar police station, which the proctor had approached for filing an FIR. The SHO (Station House Officer) Jamia Nagar refused to comment on the matter, while Delhi police spokesman M.S. Randhawa didn’t respond to calls. The petitioners informed that the appeal to the Supreme Court has been made hoping for timely intervention and quick resolution. In its last hearing, the high court had adjourned the matter, giving the Union of India 10 weeks to respond. The matter is now listed in April 2020.