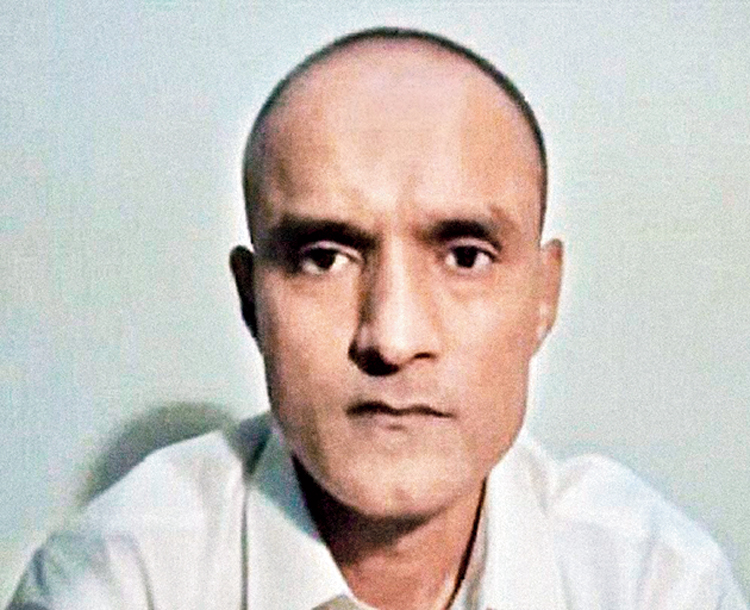 The International Court of Justice (ICJ) on Wednesday asked Pakistan to review and reconsider the conviction of Kulbhushan Jadhav, the “retired Indian naval officer” sentenced to death by a Pakistani military court in April 2017 on the charge of espionage and terrorism.

The international court also extended the stay on Jadhav’s execution and upheld his right to consular access.

While accepting with near-unanimity all of India’s contentions in the case as far as consular access to Jadhav is concerned, the ICJ refused to entertain India’s plea to annul the decision of Pakistan’s military court, direct Islamabad to release Jadhav and facilitate his safe passage to India.

Neither did the ICJ accept the other alternative suggested by India: direct a trial under ordinary law before civilian courts after excluding Jadhav’s confession.

India has been allowed to arrange legal representation for Jadhav and Pakistan has been directed to conduct an “effective review and reconsideration” of the conviction and sentence, but the ICJ has not spelt out how Islamabad should do this, leaving open a window for another military court trial.

India had specifically argued against “review and reconsideration” as an adequate remedy, stating that “Pakistan’s criminal justice system by way of trial in the military courts does not satisfy the minimum standards of due process in its application to civilians”.

In a 42-page order, ICJ said: “… the Court finds that Pakistan is under an obligation to provide, by means of its own choosing, effective review and reconsideration of the conviction and sentence of Mr. Jadhav, so as to ensure that full weight is given to the effect of the violation of the rights set forth in Article 36 of the Vienna Convention, taking account of paragraphs 139, 145 and 146 of this Judgment’’.

Article 36 of the Vienna Convention pertains to consular access, and the paragraphs of the judgement relate to Pakistan’s assertions that its Constitution provides for a free trial and judicial review, citing the instance of the Peshawar High Court in 2018 setting aside more than 70 convictions and sentences handed down by the military courts.

India had, in response, pointed out that the Government of Pakistan had filed an appeal against that judgment and that the Supreme Court had suspended the operation of the judgment pending the appeal.

The ICJ decision was hailed across the Indian political spectrum and most political parties urged the government to ensure Jadhav’s early return.

In the official response to the verdict, the external affairs ministry billed it as a “landmark” judgment that validates India’s position on the case fully. “The Court, by a vote of 15-1, has upheld India’s claim that Pakistan is in egregious violation of the Vienna Convention on Consular Relations, 1963 on several counts.

“We also appreciate the direction by the International Court of Justice that Pakistan should review and reconsider the conviction and sentence given to Shri Jadhav by the Pakistani military court. We note that the Court has directed that Pakistan is under an obligation to inform Shri Jadhav without further delay of his rights and to provide Indian consular officers access to him in accordance with the Vienna Convention. We expect Pakistan to implement the directive immediately,” the statement said.

Pakistan also claimed a “big win”, highlighting that the ICJ had rejected India’s “demand of release and repatriation” of Jadhav.

The lone naysayer in the judgment was the ad hoc judge who was nominated to the ICJ because Pakistan -– as a party to the case -– did not have a national on the bench. India is currently represented in the ICJ by Justice Dalveer Bhandari.

Jadhav was arrested on March 3, 2016, and denied consular access despite repeated requests by the Indian High Commission in Pakistan. Pakistan alleged that he had entered the country for spying and carrying out terror attacks, and tried him in a military court. The court sentenced him to death on April 10, 2017, subsequent to which Jadhav also filed a mercy petition to the Chief of Army Staff.

In November 2017, Pakistan announced that Jadhav’s wife would be allowed to visit him. That visit took place on December 25 but his wife and mother were forced to change clothes, heckled by the media, and the Indian Deputy High Commissioner accompanying them was prevented from being present at the meeting that took place through a glass pane.

Soon after the death sentence was pronounced, India had approached the ICJ contesting Pakistan’s denial of consular access under the Vienna Convention and seeking a stay on Jadhav’s execution. On May 18, 2017, the ICJ stayed his execution pending the final decision in the case.