Kashmir has nearly 180 English and Urdu daily newspapers, but only five are publishing these days because of restrictions 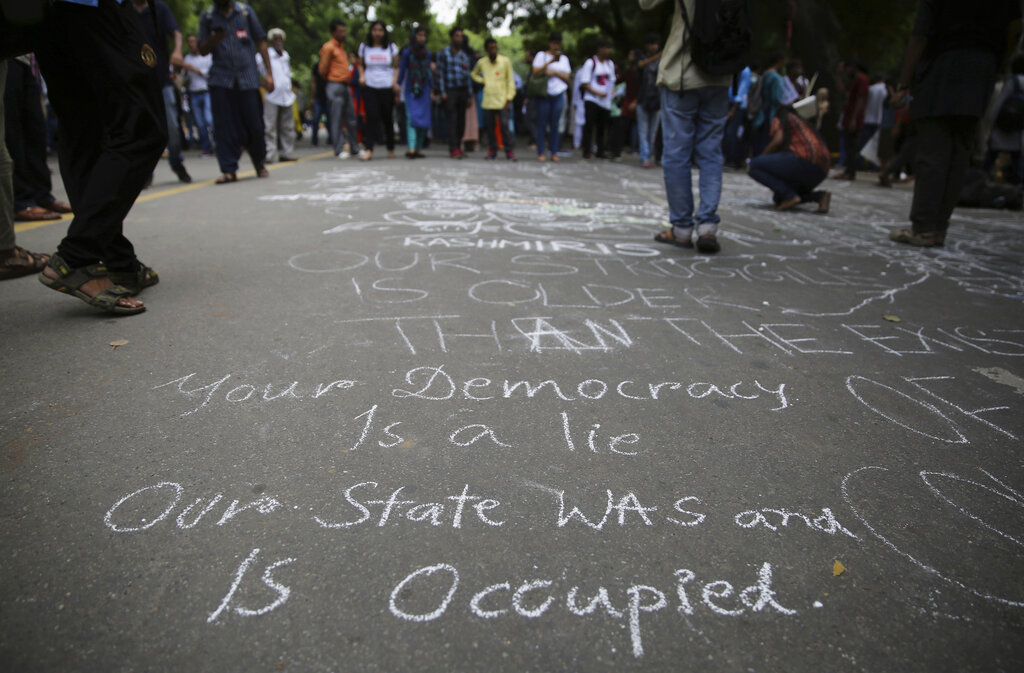 Kashmir has nearly 180 English and Urdu daily newspapers, but only five are publishing these days because of restrictions imposed by authorities to prevent unrest.

“This is the biggest story of our generation and we haven’t been able to report it,” said Faisul Yaseen, associate editor of Rising Kashmir, one of the handful of newspaper groups that are still publishing.

With phone lines and Internet services suspended, six newspaper editors and journalists told Reuters they had no way of accessing wire reports, outside online news sources or their district correspondents, or of seeking comment from government officials.

Usually a 12-page edition, the Rising Kashmir English daily is now only bringing out four pages, much of it sourced from a few national TV news channels and four reporters who are living and working from Rising Kashmir’s office.

The final layout of the paper is hand delivered to the press on the outskirts of the city in the evening when movement restrictions in some parts are slightly relaxed.

Two other Rising Kashmir newspapers — one in Urdu, another in Kashmiri — are suspended.

Only five newspapers out of 174 dailies are now publishing, according to newspaper distributor Mansoor Ahmed, and they are being distributed within a 5km radius of Lambert Lane, the main newspaper hub of the region, because of severe restrictions on movement, he said.

An Indian foreign ministry spokesperson said there was no restriction on the press.

“Nobody has been prohibited or stopped from publishing anything. Now, because of logistical constraints if they are not able to publish, it is a different matter,” the spokesperson said.

Within Srinagar, reporters and photographers are finding it difficult to work without any passes to go through security checkpoints.

Editors of two Urdu newspapers in Srinagar said they had ceased publication because of a lack of news sources, movement restrictions, and staff being unable to reach the newsroom.

“Even in the worst of times, the press were given curfew passes,” said Morifat Qadri, executive editor of the Daily Afaaq, which usually prints 4,000 copies daily. “They don’t want that anybody covers the current situation,” he said. Reuters