Anand Patwardhan's latest film is set for a ticketed online screening with English subtitles on bookmyshow on December 27 at 3pm, followed by an interaction with the director 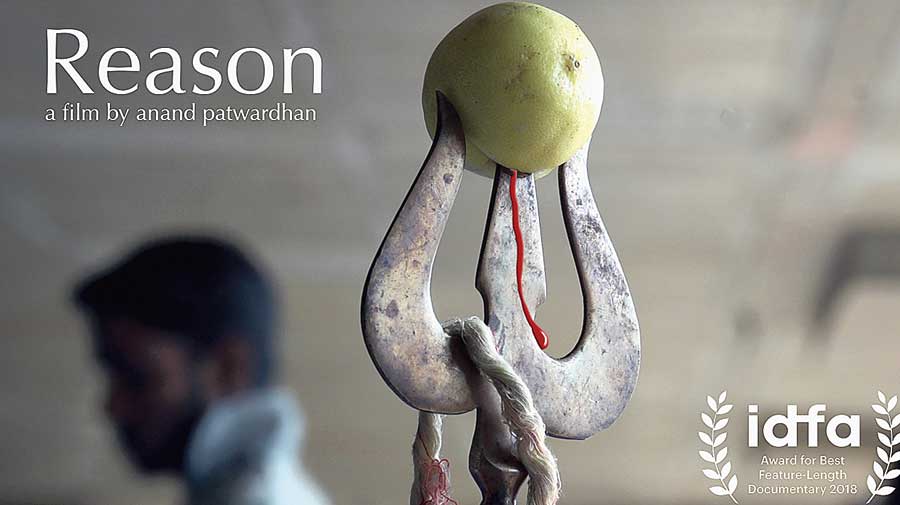 After almost half a century of making films — and waging legal battles to ensure they are screened — Anand Patwardhan is as determined but more cautious.

His latest film, the multilingual Reason, or Vivek in Hindi —  completed in 2018 — is set for a ticketed online screening with English subtitles on bookmyshow.com on December 27 at 3pm, followed by an interaction with the director.

Publicity has only been by word of mouth, to shield the exhibitor from any extra-legal pressure against the screening. Besides winning awards, Patwardhan is a veteran of such pressures.

Screenings even in classrooms and private spaces have been disrupted — often violently — by Right-wingers who are recurring characters in his films like In the Name of God.

Poster of the film, Reason, directed by Anand Patwardhan
Sourced by The Telegraph

So far, Reason has only made it to film festivals. An unauthorised version with Hindi subtitles is available for free viewing on YouTube.

The Mumbai-based filmmaker explained: “The need to tell such stories becomes greater when circumstances are difficult. Otherwise we will live under complete fascism if no one dares speak out. Even though our voices are hard to get across because of distribution obstacles, making films cannot be stopped.

“Today people make films on their mobile phones.… Look at the farmers’ movement in Delhi. Even when the mainstream media do not cover it well, people are covering it on their phones. You cannot keep things a secret now.… (My) films may not be well publicised but people are eager to see it. There will be an audience through word of mouth, even if it is not in the major papers.”

Reason is four hours long and divided into eight parts. They deal with the killings of rationalists allegedly by the Hindu revivalist group Sanatan Sansthan, the protest in Gujarat over the flogging of Dalits who clean animal carcasses, the suicide of Hyderabad scholar Vemula Rohith Chakravarthy, and the lynching of Mohammad Akhlaq in Dadri over false rumours of beef possession.

Patwardhan said: “It (Reason) basically talks about rising majoritarian values, but it also traces historic roots from over a 100 years ago. When Hindus and Muslims united during the First War of Independence in 1857, the British won through divide-and-rule tactics. Later, to fight the growing nationalism of the Congress under Mahatma Gandhi, they supported the Muslim League, the Hindu Mahasabha and the RSS at the same time. The hatred created against Gandhi finally resulted in his murder in 1948.”

The Centre stalled the screening of Reason at last year’s International Documentary and Short Film Festival of Kerala, which is the only Indian festival where a film can qualify for the Oscars. The organiser, the Kerala State Chalachitra Academy, and Patwardhan approached Kerala High Court and won the case to screen the film. It was the runner-up in the Long Documentary category.

This January, he had to go to court again after his film was not selected for The Mumbai International Film Festival.

Patwardhan said: “...They did censorship through the backdoor by installing a selection panel that rejected Reason and other films critical of the government and its ideology. (Director) Pankaj Rishi Kumar and I went to Bombay High Court, stating that both our films had won international awards that qualified our films for the Oscars. But under the present government, most courts are clearly scared. 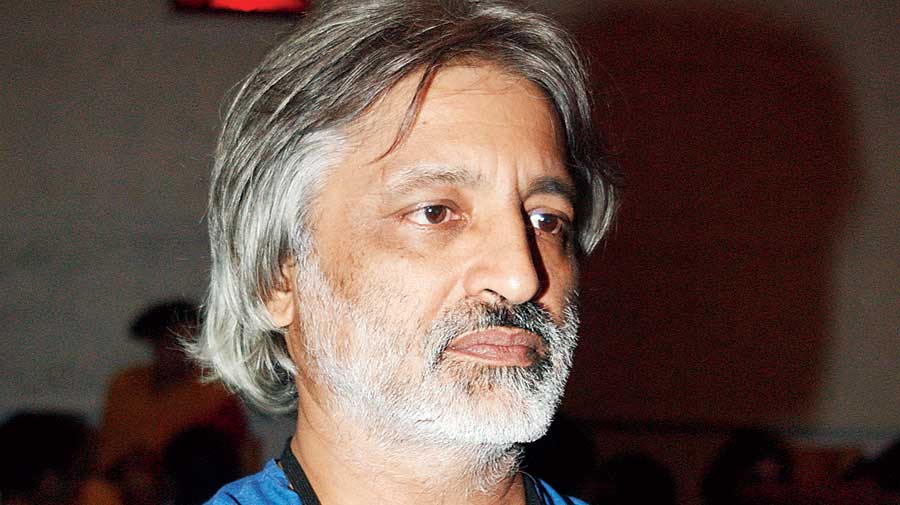 Anand Patwardhan
Sourced by The Telegraph

“On the first day the judge gave a long lecture that he knows how often the government has attempted to censor my films in the past. But after the weekend, he suddenly indicated that he cannot really supersede the selection panel. So we withdrew the case rather than lose and set a bad precedent for others.”

Last year, students screened In the Name of God, known in Hindi as Ram ke Naam, at Presidency University, despite denial of permission and electricity being disconnected during the screening.

At the University of Hyderabad, incidentally Vemula’s alma mater, the organisers of a screening were detained by police. At Ambedkar University in New Delhi, the screening was disrupted by the Akhil Bharatiya Vidyarthi Parishad.

The film about the Hindu nationalist mobilisation to demolish the Babri Mosque was released in 1992 — just before the demolition — and won the National Film Award for the Best Investigative Documentary. Patwardhan had to go to court for it to be telecast on Doordarshan, finally in 1997.

His debut film, Waves of Revolution, on the Bihar Movement was released underground in 1975. Prisoners of Conscience on the horrors of the Emergency was given a “U” certificate in 1978 only after a letter from Satyajit Ray.

Patwardhan said: “Why was Ram ke Naam attacked? They (proponents of Hindutva) don’t want their own people to see it because some of them have changed their minds after watching it.… Even 30 years later I still come across kar sevaks and sympathisers who had gone for the demolition, but contacted me to tell me that the film had opened their eyes.”

He added: “Most people who watch my films understand what I am trying to convey and the films do not provoke violence, but quite the contrary. I have fought many court cases against censorship and we used many precedents from Supreme Court judgments that state that when the Central Board of Film Certification (CBFC) looks at a film, they should not cater to the most deranged point of view in the audience and worry that such a person might get inflamed.

“The most ill-informed person cannot hold the rest of the population to ransom. The CBFC should imagine that there is a reasonable audience, and not an audience full of mad people who live on fake news.”