Study suggests that people could be exposed to potentially hazardous concentrations of chemicals embedded in PM2.5 particles 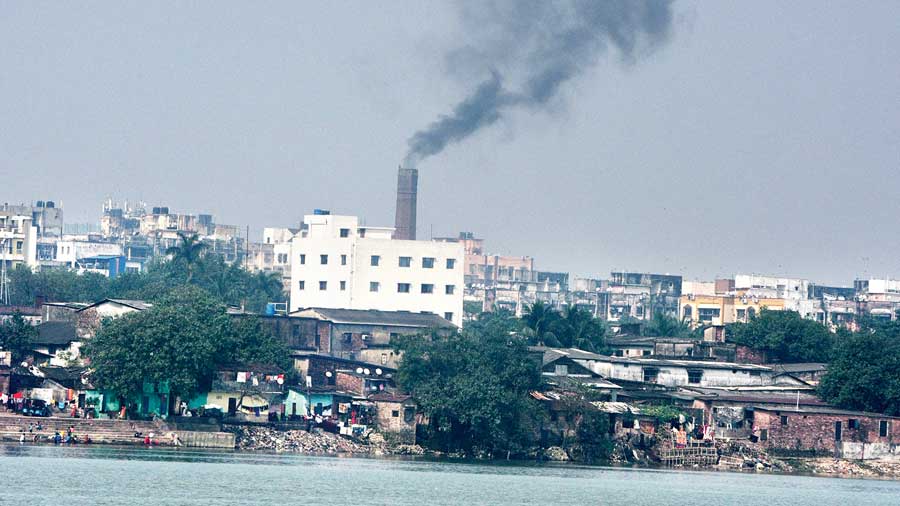 India’s current safe limit for the fine particulate matter called PM2.5, used to grade air quality, is not low enough to protect vulnerable people from illness and needs to be revised downwards, government scientists have said.

Their study suggests that people could be exposed to potentially hazardous concentrations of chemicals embedded in PM2.5 particles even at air pollution levels below the prescribed safe limit of 40 micrograms per cubic metre.

Scientists from the National Environmental Engineering Research Institute (NEERI), Nagpur, have said their findings underline the need for “a very stringent” PM2.5 limit in India. They have suggested a progressive reduction aimed at the World Health Organisation limit of 5 micrograms per cubic metre.

The findings imply that the challenge India faces in curbing air pollution is much steeper than presumed. More than 40 among the 52 Indian cities with populations larger than one million had annual average PM2.5 levels higher than the current limit in 2019.

“We need tighter standards, a lower limit for PM2.5, but the big questions are, is it feasible and how soon can it be achieved?” said Vivek Chattopadhyay, a senior programme officer with the Centre for Science and Environment, New Delhi, who was not associated with the NEERI study.

One option, Chattopadhyay said, would be to aim for progressive lowering of the PM2.5 limit, perhaps from the current 40 micrograms to 30 micrograms, then to 20 micrograms and so on.

India’s Central Pollution Control Board, a unit of the Union environment ministry, had in 2009 adopted the National Ambient Air Quality Standards (NAAQS), setting limits for different pollutants including the 40 micrograms per cubic metre limit for PM2.5.

The Union environment ministry had told Parliament in February this year that a review of the NAAQS had been sanctioned to a joint team led by researchers from IIT Kanpur.

Exposure to PM2.5 – fine particles that can travel deep into the respiratory tract and lungs – can harm in multiple ways, exacerbating underlying respiratory disorders and increasing the risk of premature death from respiratory and cardiovascular disease or from cancer.

A global air pollution study has estimated that India accounted for around 1.67 million --- or a quarter --- of the 6.7 million premature deaths worldwide resulting from air pollution in 2019. Scientists believe that PM2.5 contributed to the vast majority of these deaths.

The NEERI scientists had set out to explore whether India’s NAAQS provided adequate protection from the hazardous components of PM2.5. They say the study was the first to explore the relationship between PM2.5 constituents and the NAAQS.

They picked for their study multiple urban and rural sites across Nagpur which they say is among “the cleanest and greenest districts in India” with average PM2.5 levels consistently below the 40 micrograms per cubic metre limit over the past two decades.

These compounds or metals are bound to the fine PM2.5 particles and enter the body through the inhaled PM2.5.

The NEERI study suggests that even at PM2.5 levels below the 40 micrograms per cubic metre limit, the concentrations of the PM2.5-bound PCBs, PAHs and certain metals exceed what are considered safe exposure limits for these chemicals.

The scientists calculated the potential health hazards from exposure to PCBs, PAHs and the heavy metals at levels of PM2.5 considered safe in India and found that such exposure increases the risk of cancer.

Similarly, the estimated cancer risks from exposure to arsenic, chromium and nickel too exceeded the acceptable risk level. The NEERI scientists have published their findings in the research journal Chemosphere.

A chat with Muzaffar Izamuddin about indoor air pollution