Serum Institute fails to apply, but Poonawalla says he is taking up matter at ‘highest levels’ 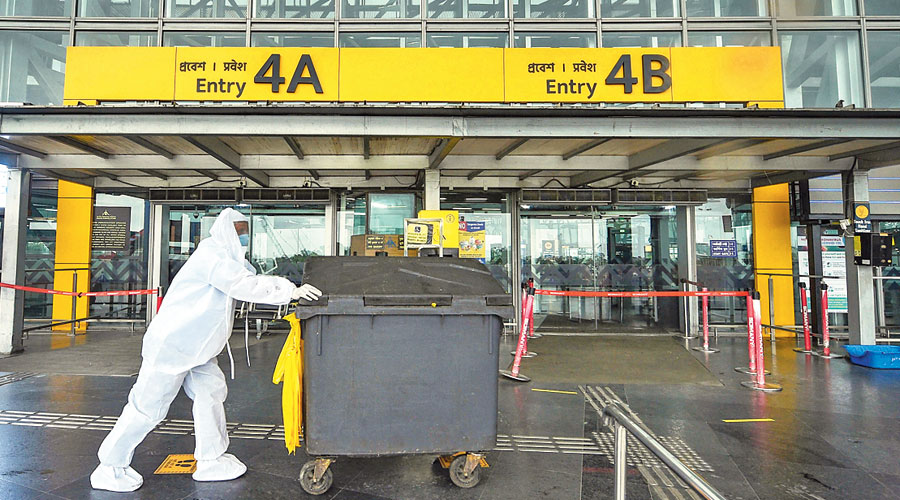 Indian travellers who’ve had two shots of Covishield are out of luck if they want to travel to Europe under the European Union’s Digital Covid certificate. That’s despite the fact that Covishield is the India-made equivalent of AstraZeneca’s Covid vaccine Vaxzervria which is on the EU’s approved list.

The news comes after the European Medical Association said in a statement that Covishield’s makers, the Serum Institute of India, didn't apply for the certificate. “I realise that a lot of Indians who have taken COVISHIELD are facing issues with travel to the EU,” Adar Poonawalla, Serum Institute’s chief executive, tweeted. “I have taken this up at the highest levels and hope to resolve this matter soon, both with regulators and at a diplomatic level with countries,” he said.

There are just four vaccines that have got the green light from the European Medicines Authority (EMA). Those are the AstraZeneca’s Vaxzervria that is manufactured in the UK and other sites around Europe and BioNTech Pfizer Alliance’s Cornimaty vaccine. Moderna and the newer Janssen from Johnson & Johnson have also made the cut.

Let’s wind back a few steps first. The EU has come out with a “digital green certificate” that will come officially into force on July 1 that will enable holders to travel smoothly from one country to another within the 27 nation bloc. Some EU countries such as Germany, Spain and Greece, have already implemented the green pass system.

As well as the Serum Institute, the government is also reportedly moving to put this situation right. The issue may also be taken up by Indian officials on the sidelines Tuesday of the G20 foreign ministers’ meeting being held at Matera in Italy. The EU is one of the G20 members. Covishield has received approval from the World Health Organization.

The EU has indicated that it is open to considering any application.  “Should we receive a marketing authorisation application from Covishield or should any change to the approved manufacturing sites for Vaxzevria be approved, we would communicate about it,” says the EMA .

The EMA says that there was no way that it could have stretched the green light given to AstraZeneca to include Covishield. “Even though it may use an analogous manufacturing technology to Vaxzevria (the Covid-19 AstraZeneca vaccine authorised in the EU), Covishield as such is not currently approved under EU rules.”

The EMA stipulates different makers of the same vaccine must submit separate applications for approval. The EMA explains in a statement that, “This is because vaccines are biological products. Even tiny differences in the manufacturing conditions can result in differences in the final product, and EU law, therefore, requires the manufacturing sites and production process to be assessed and approved as part of the authorisation process.”

The certificates will contain a QR code with advanced security features and permit travellers to visit Europe and move around the region without needing to enter quarantine or take a fresh coronavirus test when they arrive.

An individual country is able to get round the EMA’s decision and there is talk that France is considering such a move. The EMA regulations permit individual countries to add to the list of vaccines other jabs that they are prepared to recognise. “The Commission has also permitted the Member States to issue certificates for travellers vaccinated with vaccines other than those approved by the EMA. However, the decision is up to each individual Member State if they want to permit entry for those vaccinated with such vaccines or not,” the EMA statement says.

India’s indigenously made Covaxin has not yet been endorsed by the WHO and until it is approved by the world health body it’s unlikely to be accepted internationally. The WHO has given China’s Sinovac and Sinopharm vaccine approval for emergency use. The health agency and the EMA are both still reviewing Sputnik V for approval over data issues.

Until the EU clears Covishield, getting to an EU country is a confusing and cumbersome process for Indians which is on the Red List of many countries. That’s thanks to the fast-spreading Delta variant, believed to have originated in India and blamed for this country’s devastating second wave, that’s now ripping through countries like the UK, sending caseloads soaring.

Travellers from Brazil and South Africa are also not welcome at the moment in the EU due to their high infection rates. The EU green pass is mainly intended for EU citizens. Others, like Americans and Canadians, can get the certificate if they’re able to persuade EU authorities that they have had the qualifying jabs. However, lack of an official vaccination certificate in many countries such as the US, means it’s unclear what documentation will be accepted.

Sputnik V which is set to be administered in India also is not recognized by the EMA.

Many EU nations are expected to remain extremely cautious about giving travel approval to anyone coming from this country.

The result of all this vaccine red tape is that travelling abroad is an enormously cumbersome and complicated task. The US has a travel ban on visitors from India apart from students. Switzerland says Indians who have been fully vaccinated with WHO-recognised vaccines can enter the country but must quarantine. South Korea has done away with its compulsory two-week quarantine for Indians who’ve received both Covishield jabs. Turkey has also opened its doors for Indians but they will need a negative RT-PCR test report and will have to spend 14 days in quarantine. Russia also accepts Indians as does Costa Rica, Egypt, Ghana and South Africa.

The UAE, which shut its borders to travellers from India, has eased travel restrictions. But the only people who can enter if they have a residence visa and have had two shots of a UAE-approved vaccine that includes the Covishield jab, Sputnik V and the Chinese-made vaccines. Travellers from India must undergo a PCR test four hours before boarding the plane for Dubai and need to go undergo another RT-PCR test on arrival and will have to quarantine until the result of the PCR test comes.