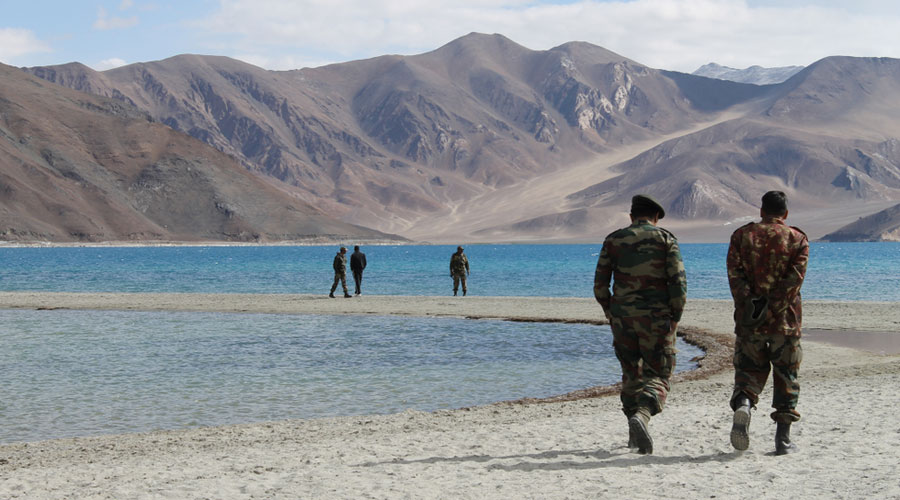 Military veterans have cautioned the Indian Army against the Chinese People’s Liberation Army’s “ulterior” motive behind setting conditions for the proposed disengagement process at the Pangong Lake where troops  from the neighbouring country have reportedly occupied 8km within India-claimed lines.

The PLA is said to have asked the Indian side to vacate the dominating Chushul heights on the Kailash range first as part of the disengagement process on the northern flank of the Pangong Lake.

Although there is no official word from either the government or the Indian Army on the specifics of the disengagement plan being discussed, sources in the ministry had said last week that the Chinese army had laid down the condition that the Indian Army vacate the Chushul heights.

“It will be a big blunder if the Indian side considers this proposal as it will be like walking into a trap. The Indian Army should remain extra cautious as we have already witnessed how the PLA had used deception to launch an attack on our soldiers at the Galwan Valley on June 15 even though both sides had agreed in principle to disengage,” a retired army general said.

Twenty Indian soldiers and an unspecified number of Chinese troops were killed in the violence.

A former lieutenant general said the Chinese had been intentionally dragging the disengagement dialogue and were now setting conditions after eight rounds of military talks.

“Nothing stops the PLA from coming back to the Pangong Lake, even if they move back as part of the proposed disengagement plan,” he said.

As per the latest ground assessment, he said, the Chinese troops continue to strengthen their positions by undertaking massive construction activities at multiple friction points in eastern Ladakh and are setting up additional winter camps and other facilities for soldiers.

“Why should the Indian Army vacate the strategic heights that are under their control? China has been the aggressor and they should pull back… and return to their side of the LAC first. India should reject outright proposals of any such conditions for disengagement,” the former lieutenant general said.

Indian and Chinese troops have been locked in a face-off at multiple points — the Pangong Lake, Hot Springs, and the Depsang Plains — since May.

In September the Indian Army had occupied multiple ridges above 14,000 feet in the Chushul region in no man’s land near the southern bank of the Pangong Lake from where they have been keeping a close watch on the PLA’s troop movements.

The former lieutenant general also questioned Indian military commanders’ move to take up with the PLA disengagement from only the Pangong Lake while not talking about resolution of the other friction points, especially the Depsang Plains.

At the Depsang Plains the PLA is said to have transgressed 18km inside India-claimed lines.

“Chinese domination and encroachment at Depsang is 18km deep but it is shocking that it is not even discussed. India should take up all friction points forcefully,” the former lieutenant general said.

General V.P. Malik, who was the army chief during the 1999 Kargil War, said in a tweet: “My opinion on India China LAC face-off…. For lasting peace on LAC, military-diplomatic negotiations should first involve the whole of Ladakh-Tibet border — from Depsang to Chumar — and not in small segments. Implementation of the settlement thereafter should be worked segment-wise.”

A retired Intelligence Bureau director said there was a complete breakdown of trust after the Galwan Valley incident.

The Indian Army last week had completed establishment of habitat facilities for its nearly 50,000 additional troops deployed along the LAC where temperatures have already reached minus 15-20 degrees Celsius.

This is the first time such a huge number of additional soldiers are being deployed in the forward areas of the LAC in the harsh terrain 12,000-14,000ft above sea level where temperatures are expected to dip to minus 30-40 degrees Celsius by next month.

Indian Army sources said the top brass was still awaiting the PLA’s response on the ninth round of military talks. “The talks were supposed to take place last week. We are still awaiting their response,” said an army official.