Advertisement
Home / India / India to purchase over $3 billion of US military equipment: Trump

India to purchase over $3 billion of US military equipment: Trump

The US President, along with Trump, affirmed the two countries' commitment to protect their citizens from radical Islamic terrorism 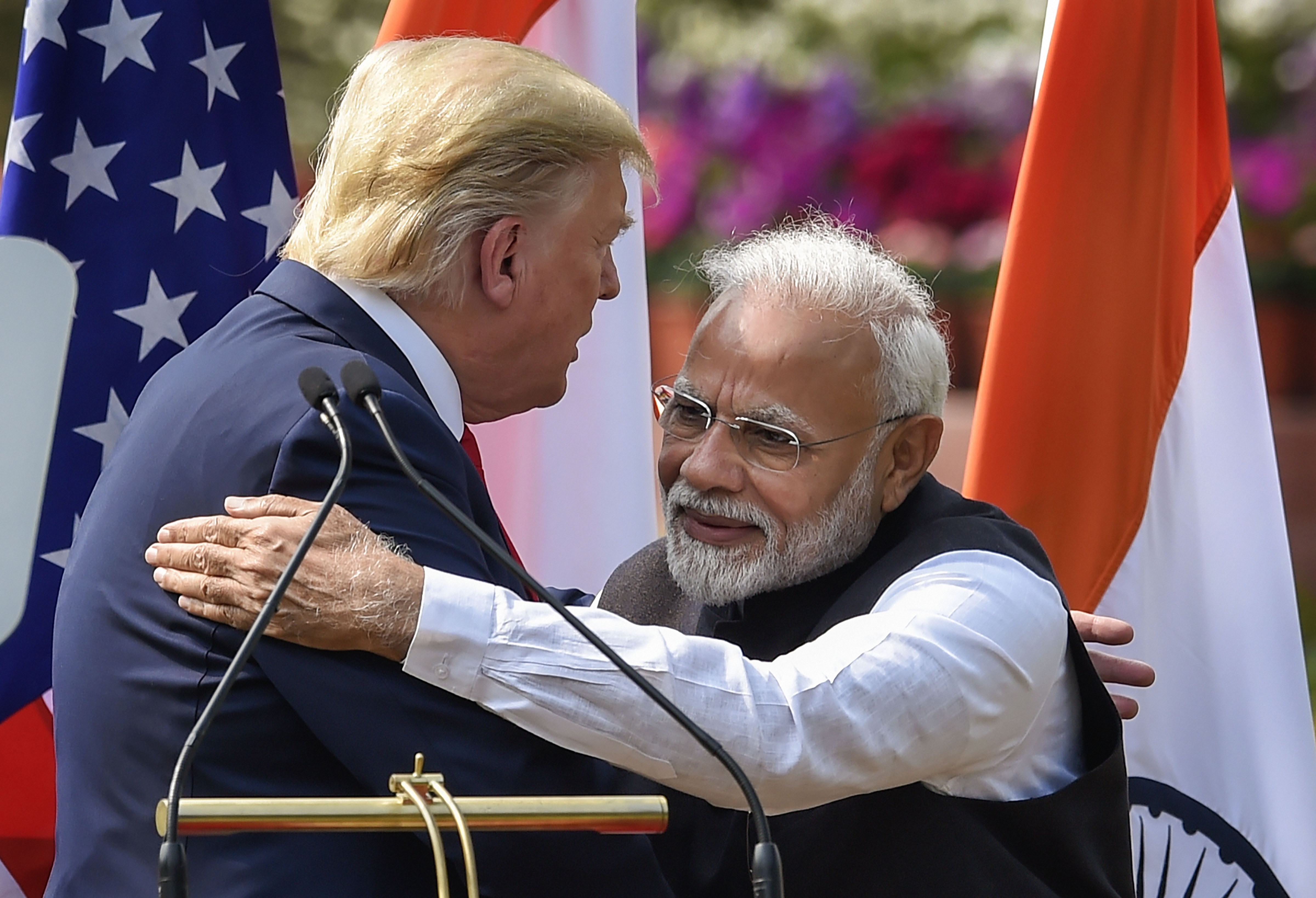 US President Donald Trump on Tuesday said India and the US have expanded their defence cooperation with agreements for New Delhi to purchase more than USD 3 billion of advanced American military equipment, including Apache and MH-60 Romeo helicopters — the finest in the world.

After extensive talks with Prime Minister Narendra Modi during which strategic issues, including trade ties, counter-terror and energy cooperation were discussed, Trump at a joint press meet with Modi said they affirmed the two countries' commitment to protect their citizens from radical Islamic terrorism.

'In this effort, the US is also working productively with Pakistan to confront terrorists who operate on its soil,' Trump said.

The US President said, 'earlier today, we expanded our defence cooperation with agreements for India to purchase more than USD 3 billion of advanced American military equipment, including Apache and MH-60 Romeo helicopters — the finest in the world. These deals will enhance our joint defence capabilities as our militaries continue to train and operate side by side.'

Another major focus of my discussions with Prime Minister Modi was forging bilateral economic relationships that is fair and reciprocal, he said.

'Our teams have made tremendous progress on a comprehensive trade agreement. I am optimistic that we can reach a deal that will be of great importance to both countries. Since, I took office US exports to India are up nearly 60 per cent and exports of high quality American energy have grown by 500 per cent,' Trump said.

He said to further strengthen the economic ties, the US is pleased to announce that the US international development finance cooperation will be establishing a permanent presence right here.

'Together the Prime Minister and I are working to revitalise the Quad initiative with the US, India, Australia and Japan,' Trump said.

'As we deepen our partnership with India, we remember that our two countries are united by shared traditions of democracy and constitutions that protect freedom, individual rights and rule of law,' the US President said.