The Washington Post newspaper has run a full-page statement in her support, calling her a 'target of prejudiced investigations' 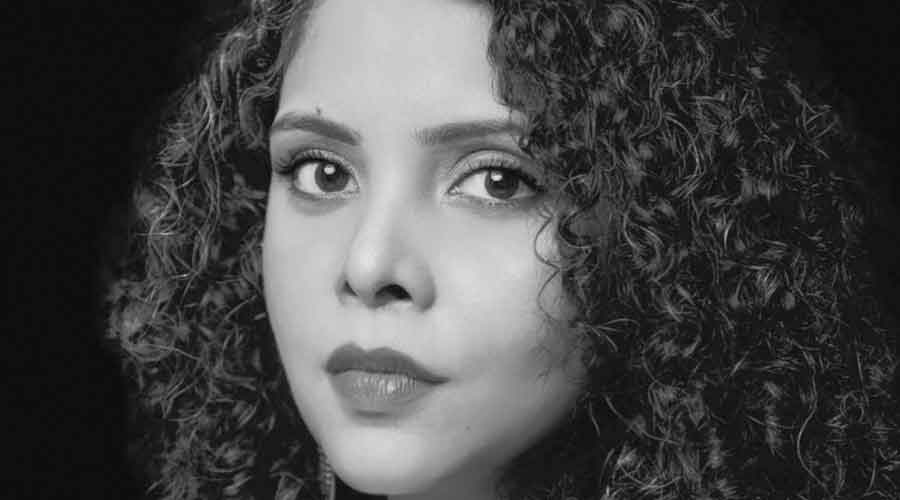 The UN Human Rights Council has said the probe against Indian journalist Rana Ayyub should end while The Washington Post newspaper has run a full-page statement in her support, calling her a “target of prejudiced investigations” and underscoring that “the free press is under attack in India”.

The Indian government responded to the UN council by saying the “allegations of so-called judicial harassment are baseless  and unwarranted”. India said it expected  the special rapporteurs to be “objective”.

Ayyub told The Telegraph on Monday that she would have been “thrown under the bus” had it not been for international support as solidarity from the  Indian counterparts had been minimal.

Earlier this month, the Enforcement Directorate had attached the bank deposits of Ayyub, a critic of the Narendra Modi government at the Centre. Deposits of over Rs 1.77 crore have been frozen, pending a probe into alleged money laundering through her charitable work during the pandemic.

The probe was initiated on the complaint of an activist of a Ghaziabad-based NGO, the Hindu IT Cell. Ayyub had denied the allegations with accounts of her expenditure from funds collected through the widely recognised Ketto platform.

The statement supporting Rana Ayyub that was published in a full page of The Washington Post on Sunday.
The Telegraph

On Monday, in a statement tweeted by the UN, two of its independent special rapporteurs said: “In response to Ms. Ayyub’s efforts to shine a light on public interest issues and hold power to account through her reporting, she has been maliciously targeted with anonymous death and rape threats by organised groups online…. The lack of condemnation and proper investigation by the Government, coupled with the legal harassment it has itself inflicted on Ms. Ayyub, has only served to falsely legitimise the attacks and attackers and further endangered her safety.”

India’s permanent mission in Geneva said in a tweet  on Monday: “Allegations of so-called judicial harassment are baseless & unwarranted. India upholds the rule of law, but is equally clear that no one is above the law. We expect SRs (special rapporteurs) to be objective & accurately informed. Advancing a misleading narrative only tarnishes @UNGeneva’s reputation.”

Allegations of so-called judicial harassment are baseless & unwarranted. India upholds the rule of law, but is equally clear that no one is above the law.
We expect SRs to be objective & accurately informed. Advancing a misleading narrative only tarnishes @UNGeneva’s reputation https://t.co/3OyHq4HncD

A source said: “This will be followed up by a note verbale from our permanent mission in Geneva. They will also take it up with the UN office in Geneva.”

According to the Committee for the Protection of Journalists, at least four journalists were killed in India in retaliation for their work last year  — the highest in the world then. At least eight are in prison for their work, the latest being Fahad Shah, the editor of website The Kashmir Walla.

The full-page statement of support, published on Sunday by The Post’s Press Freedom Partnership and the Coalition Against Online Violence, ran under headline, “THE FREE PRESS IS UNDER ATTACK IN INDIA”.

It read: “Almost every day Rana Ayyub faces threats of violence and death.

“She has been the target of prejudiced investigations and online harassment. Her bank account was frozen over her charitable work.

“Journalists should not fear persecution and smear campaigns.

Ayyub told this newspaper on Monday: “The Washington Post also has been witnessing what is happening to me…. Many Hindu Rightwing organisations in the US and India have written to them to remove me as a Global Opinions writer. This time, my (Global Opinions) editor Elías López... asked why the Indian media was not doing anything?”

Ayyub added: “Through the worst I have seen over the couple of years — the publication of my book, the accusations from the BJP — I have never seen any kind of solidarity from the Indian media. There are raids on NDTV, NewsClick, Newslaundry, you have people standing up in solidarity. When it happened to me, despite the fact that there was a clarification out there, I did not see it (in the press).”

The Delhi Union of Journalists has issued statements in Ayyub’s support since the ED and income tax investigations began against her last year. She expressed her disappointment at the silence of the Editors Guild of India (EGI) as well as the TV media trial against her and said that the probes against her began after her essay in Time magazine on the Modi government’s failures in the pandemic last year.

In response to a question from this newspaper, EGI secretary general Sanjay Kapoor said: “We have issued a statement against the vicious and criminal harassment of women journalists that includes Rana Ayyub, although we did not name her…. It is very difficult to say anything about financial cases, but we believe that she should get a fair deal. There is always the fear of harassment in such cases and it is a pity that she has to face this. She deserves support and solidarity’.

Ayyub said: “There are journalists in Kashmir being hounded. The govt is going after them with UAPA and sedition charges. I am in a very privileged position…. There are ridiculous messages on our (housing) society WhatsApp group saying the most malicious things about my family members.”

She added:  “I have been almost for 11 years in therapy and on antidepressants after I was undercover for the Gujarat investigation (into the riots of 2002).  Had my work not made an impact, the witch-hunt would not have happened. There is a great deal of faith people have placed in me and, given a choice, I would do all of it all over again because a fascist government does not determine my decisions and my resilience.”