The issue was publicly raised by external affairs minister S. Jaishankar during his three-day visit to Colombo 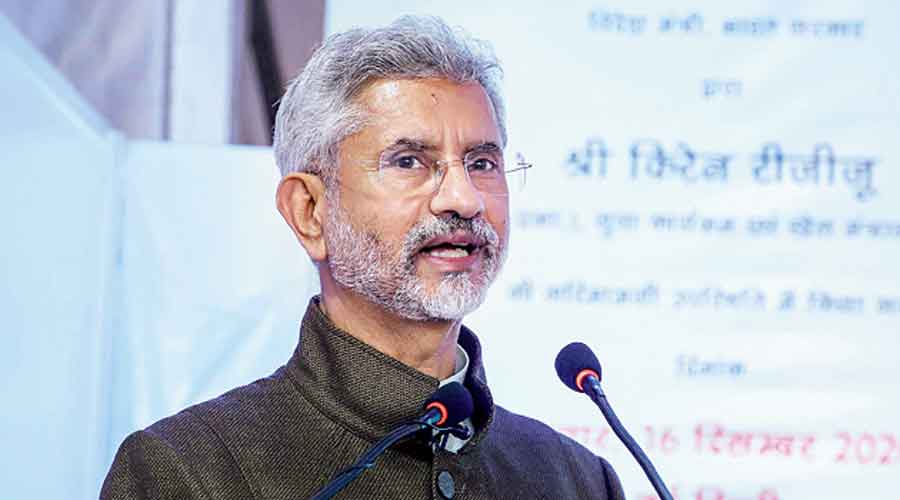 India on Wednesday sought to impress upon Sri Lanka that it is in the island nation’s interest to implement the contentious 13th Amendment to the Constitution on devolution of power to provinces that has been hanging fire since it was enacted in 1987 as a consequence of the India-Lanka Accord signed earlier that year.

The issue was publicly raised by external affairs minister S. Jaishankar during his three-day visit to Colombo. In a media statement in the presence of his Lankan counterpart Dinesh Gunawardena, the visiting minister said: “It is in Sri Lanka’s own interest that the expectations of the Tamil people for equality, justice, peace and dignity within a united Sri Lanka are fulfilled. That applies equally to the commitments made by the Sri Lankan government on meaningful devolution, including the 13th Amendment to the Constitution. The progress and prosperity of Sri Lanka will surely be advanced as a consequence.’’

Jaishankar prefaced the intervention by pointing out that India’s support for the reconciliation process in Sri Lanka is longstanding, as “indeed for an inclusive political outlook that encourages ethnic harmony’’. Last year, Prime Minister Narendra Modi had delivered a similar message in the presence of his Sri Lankan counterpart Mahinda Rajapaksa, who in his statement to the media did not touch upon the subject.

India has been pushing for the full implementation of the 13th Amendment that was conceived in the Accord as a way to resolve Sri Lanka’s ethnic conflict, which resulted in a bloody civil war with the Liberation Tigers of Tamil Elam (LTTE) spearheading the Tamils’ right to self-determination and a separate state.

This apart, Jaishankar also said that Sri Lanka had evinced interest in accessing Covid vaccines from India and assured Colombo that New Delhi sees international cooperation in this regard as its duty. As India and China try to increase their influence in the region, Jaishankar sought to highlight New Delhi’s track record as Colombo’s development partner, adding that

Indian business is strongly interested in investing in Sri Lanka. Some of the avenues being considered include special zones for pharmaceutical manufacturing and tourism.

There was no official word on the stalled East Container Terminal project that India and Japan were to develop at Colombo port. Though an agreement was signed in May 2019 by the previous federal government in Sri Lanka, it got stalled after the Rajapaksa brothers were elected to office later that year with Opposition parties and port workers stepping up their resistance to the project in which Adani Ports is also reported to be interested.