Currently, Serum Institute is producing about 60 million doses monthly and Bharat Biotech makes another 10 million; but both are struggling to expand capacity 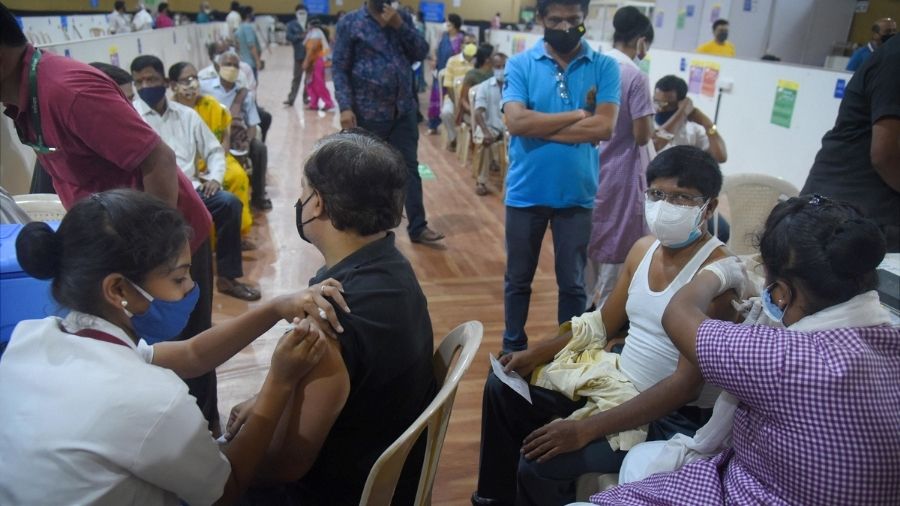 Here’s the good news: India has vaccinated 100 million people against Covid-19. What’s more, we’re vaccinating 3.5 million people daily and even touched 4 million on one day. That’s more than any country globally, except China.

As the cases surge, the knives are coming out with the Centre and the state governments flinging charges and accusing each other of messing up the anti-Covid battle. The state governments say they’re running short of vaccines and being forced to close vaccination delivery centres. The Centre accuses states like Maharashtra of letting vaccine doses go to waste. Prime Minister Narendra Modi, trying to turn attention away from the vaccine supply issue, has told the states to focus on test-and-trace if they want to bring the runaway second Covid-19 wave to a halt.

Epidemiologists, though, say the need of the hour is vaccines. They say we should be directing all our attention to vaccinating at high speed, pointing to the experience in Israel and the UK. Public health experts in Israel and the UK say pandemic infection growth numbers slowed down when about 25 per cent of the population had been vaccinated. In India, 25 per cent of our population is around 350 million people. Other epidemiologists reckon 40 per cent of the population needs to be vaccinated for the pandemic to slow. That would be around 560 million.

Those may look like extraordinary ambitious numbers, far beyond our reach to hit in the short term. But it’s not as impossible as it might appear. If we just push up vaccination numbers and reach 5 million daily, we could hit the key 25 per cent of the population mark in slightly over two months and 40 per cent in just under four months.

We’ve already administered 100 million vaccines (about 10 million have received their second dose). The government originally announced it would vaccinate 300 million people by June-July but then pushed this target to July-August. (It’s estimated that up to 10 per cent of dosages get lost in wastage).

By that calculation we should be very close to herd immunity. But viruses are tricky creatures and it doesn’t always work that way. Consider what happened in Covid-ravaged Brazil, specifically Manaus city which was devastated by the first coronavirus wave in March 2020. The infection ripped through the Amazon city of 2 million and experts calculated that 76 per of the population had been infected and achieved “herd immunity.” People discarded mask-wearing and other public health measures and life went back to pre-pandemic normal.

But in December 2020, another, more devastating new Covid P1, or Brazil, variant hit the city that was at last twice as infectious as its parent strain. The doctors concluded Manaus had dropped its guard way too soon and that protection or “herd immunity” could only be achieved through vaccination, not by infection. The one-dose Johnson & Johnson’s vaccine proved 85 per cent more effective in preventing severe disease in Brazilian trials, the same level as trials showed in the US.

The behaviour of the strains depends on how humans behave. “More gatherings will stimulate the virus to spread faster. It’s a cascade: the more gatherings, the more the virus replicates. The more it replicates, the more abundant it becomes,” explains genetics expert Renato Aguiar, a professor at Brazil’s Federal University of Minas Gerais. This is of particular relevance to India right now.

India now has all three coronavirus fast-spreading variants that are worrying the global medical community -- B117, first detected in the UK; B1351, now dominant in South Africa; and Brazil’s P1. And now a “double-mutant” variant found in India. Because of a severe lack of genome-sequencing labs, we have little idea of how fast and to what extent these variants are spreading across the country, though the government has said it will step up its genome-sequencing testing to get a better idea.

But why is India falling short of its targets? Currently, Serum Institute of India (SII) is producing about 60 million doses monthly and Bharat Biotech makes another 10 million. Both are struggling to expand capacity. Bharat Biotech has asked the Department of Biotechnology for a grant of Rs 1.5 billion rupees to expand its facilities at Bangalore and Hyderabad. Similarly, SII wants a Rs 3,000 crore grant to enable it to “boost vaccine capacity beyond 100 million per month”.

Indian pharmaceutical companies like Dr Reddy’s have signed deals with Russia to produce 800 million doses of the Sputnik V and it is about to start production here.

The Israeli experience is the one that’s giving medical experts cause for hope. Oxford Economics points out: “Since the beginning of March, the number of cases (in Israel) has fallen from over 400 per million to just under 40 per million. Hospitalisations have plunged too. Over the same period, most restrictions have been lifted and there has reportedly been little enforcement of any remaining rules, suggesting that the drop in the number of cases reflects the effects of the mass vaccination rollout, rather than other factors such as tight restrictions.”

In an effort to bump up domestic supplies, the government has effectively forbidden SII from exporting vaccines until the domestic supply situation improves. This puts SII in a legal bind. It’s received a legal notice from AstraZeneca because it’s committed to delivering 200 million doses at $3 per dose in 2021.

In fact, it’s received two grants of $150 million from the Bill Gates Foundation via Gavi, the global vaccine alliance to up production. Gavi is insisting that its agreement with SII is “legally binding: and that it is obliged to ship its coronavirus vaccine to the global vaccine-sharing facility Covax.  Covax had believed that SII would ship it 100 million doses between February and May but has so far been sent just 18.2 million. Also, India has received 10 million doses that it was scheduled to receive from Gavi.

Nepal, too, has been hit by India’s ban on exports. It had signed an agreement with SII for 2 million doses, half of which were used for the first round of vaccinations. Now it’s worrying people will have to wait more than six weeks for the second round of injections. India also gifted Nepal 1 million doses of Covishield.

Meanwhile, Iran, which is in lockdown amid its fourth pandemic wave, has also demanded it be sent Bharat Biotech’s Covaxin for which it’s already paid. On Twitter, the embassy said: “In talks with Indian authorities to expedite the pending consignment of Covaxin which has already been paid for.”

The Ministry of External Affairs spokesman has denied there’s a formal ban on exports. However, he admitted that India is keeping in mind its “domestic requirement”. Said the spokesman: “We have always said supply of made-in-India vaccines abroad would continue, taking into account our domestic requirements.” India is particularly popular as a country to supply vaccines because it has globally recognised pharmaceutical prowess.

India currently has 58,494 sites conducting vaccinations according to the government’s CoWin website. However, 52,120 are government-run sites and only 6,374 are privately run.

Medical professionals believe the government should expand the number of private sites delivering the vaccines to sharply increase the number of people getting vaccinated though that may not be necessary. It's reckoned that each centre should administer 100-to-200 jabs a day. Even 100 a day at 50,000 centres would add up to 5 million daily. Currently, most centres are doing fewer than this number of injections.

What’s more important now? Do we need to focus on vaccinating or should we keep our focus on test-and-trace to control infections, as Prime Minister Narendra Modi has urged? Test-and-trace is still important in micro-situations. However, the type of test-and-trace effort that we launched soon after the pandemic began may be less relevant now.

Says virologist Shahid Jameel: “Random testing makes sense to understand the growth rates of new infections. It allows us to test the positivity rate. A high rate is indicative of community transmission.”

But Jameel adds: “Tracing on the other hand is futile now. However, what’s becoming very important is post-vaccination infection analysis. We want to know if reinfection is caused by waning immunity or emerging mutants.”

Another expert notes that: “Testing on a mass-scale does not serve as much purpose as before. But the spread is not geographically uniform. There are differences between urban and rural areas. Testing helps understand the penetration of the virus.”

Yet others believe the focus has to shift sharply. Says one research scientist: “I am convinced Covid is close to being endemic and all focus should be on saving the very sick. We need widespread CCUs (critical care units) and to protecting the people vulnerable to getting very sick (through vaccines).”

Viruses are only able to thrive because of the speed with which they mutate, say experts. Ultimately, the most important and effective measure to avoid new coronavirus strains from evolving resistance to vaccines is effective vaccination, scientists believe.
“Ideally, we would need vaccination as fast and as wide as possible to stop the virus from mutating and to avoid trouble with new variants in the future,” says Fernando Spilki, a virology professor at Feevale University and coordinator of Brazil’s science ministry Corona-omics Network.