R.K.S. Bhadauria was speaking at a seminar organised by the Society for Indian Defence Manufacturers when he cited the growing threat from China as reason 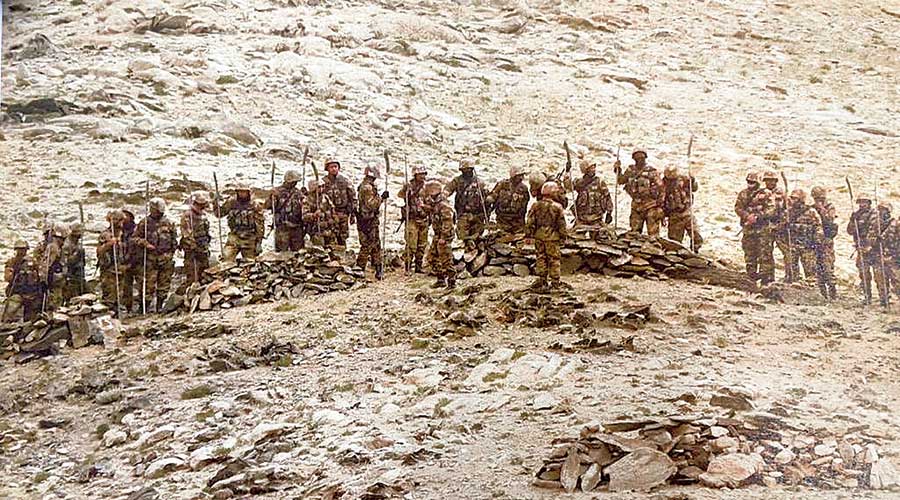 The Indian and Chinese armies have been locked in a border standoff in eastern Ladakh since May last year. The Chinese army is estimated to have taken over nearly 1,000sqkm of India-claimed territory.
File picture
Imran Ahmed Siddiqui   |   New Delhi   |   Published 09.09.21, 01:41 AM

“Keeping in mind our northern neighbour, we need a niche technology in the defence sector that is built in-house. This will give us maximum results and spring surprises on the adversary in the next conflict. We have to make our own sensors, weapons, etc,” he said.

The IAF chief was speaking at a seminar in Delhi on “Energising Indian Aerospace Industry: Challenges for Atmanirbhar Bharat”, organised by the Society for Indian Defence Manufacturers.

The Indian and Chinese armies have been locked in a border standoff in eastern Ladakh since May last year. The Chinese army is estimated to have taken over nearly 1,000sqkm of India-claimed territory.

Bhadauria said the IAF was looking at having 350 fighter aircraft from local industry, including 83 light combat Tejas jets. He said Tejas had already generated confidence among the forces.

“Self-reliance has to become the strongest pillar of national security,” he said.

Last month defence minister Rajnath Singh had said India would emerge as the defence-manufacturing hub of the world under the Atmanirbhar Bharat initiative, prompting some military veterans to point to the nascent defence production capabilities of the country.

In August last year the defence ministry had announced that it would stop importing items, including weaponry, in a phased manner to strengthen the country’s defence production under Atmanirbhar Bharat.

A veteran said India did not have enough indigenous capabilities to produce artillery guns, sonar systems, light combat helicopters and radars. He added that India first needed to develop robust indigenous manufacturing capabilities as importing critical components and assembling in the country would defeat the purpose of self-reliance.

Artillery, guns, sonar systems and light combat helicopter radars are still at various stages of development by the Defence Research and Development Organisation.

The IAF chief on Wednesday also spoke about drone warfare and the challenges ahead in the wake of a drone attack at an air force base in Jammu in July.

“We have placed a lot of orders, including (for) drones, counter-drone systems and jammers,” Bhadauria said.