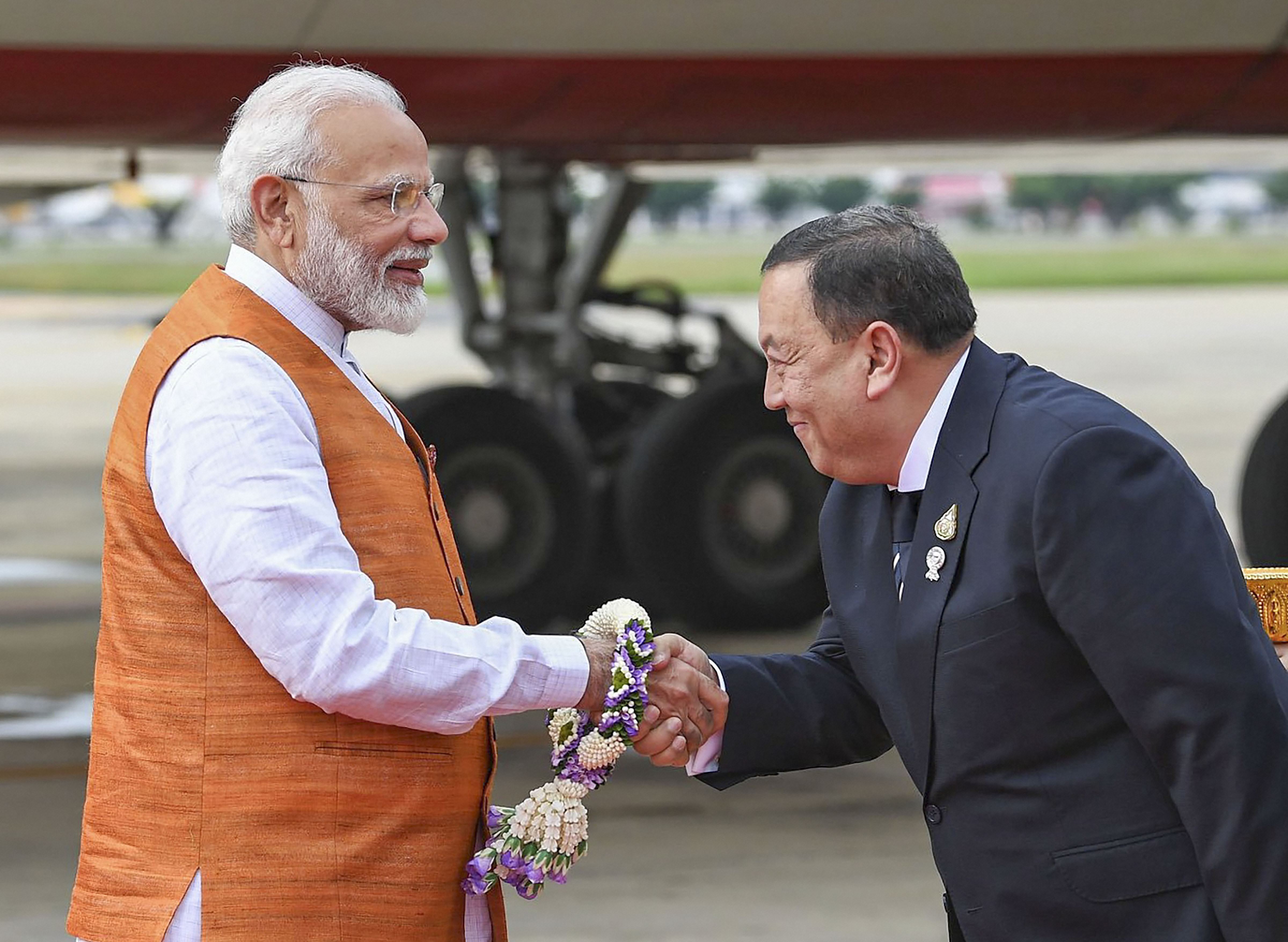 India has stopped working in a routine, bureaucratic manner as it is undergoing 'transformative changes,' Prime Minister Narendra Modi told a group of influential business leaders in Bangkok on Sunday, hard-selling the country as one of the most attractive investment destinations globally.

The Prime Minister particularly talked about initiatives to reform India's tax regime and said his government is now starting face-less tax assessment procedure so that there is no scope for discretion or harassment.

He was speaking at an event to mark the golden jubilee of Aditya Birla Group's presence in Thailand.

'In today's India, the contribution of the hard-working tax payer is cherished. One area where we have done significant work is taxation. I am happy that India is one of the most people friendly tax regimes. We are committed to further improving it even more,' he said.

The Prime Minister said it was the best time to be in India and that many things such as foreign direct investment, ease of doing business, ease of living and productivity are rising while tax rates, red tapism, corruption, cronyism are on a decline.

'All of what I have said just now makes India one of the world's most attractive economies for investment. India received USD 286 billion FDI in the last five years. This is almost half of the total FDI in India in the last 20 years,' Modi said.

Modi arrived in Bangkok on a three-day visit on Saturday to attend ASEAN-India, the East Asia and the RCEP summits.

'India has seen many success stories in the last five years in various sectors. The reason for this is not only the governments. India has stopped working in a routine, bureaucratic manner,' Modi said.

Referring to direct benefit transfer (DBT) scheme, Modi said it has ended the culture of middlemen and inefficiency.

'You would be shocked to know that for years, money was spent on the poor, which did not really reach the poor. Our government ended this culture thanks to DBT. It has ended the culture of middlemen and inefficiency,' he said.

The Prime Minister projected India as one of the very few attractive investment destinations globally and called upon the Thai business leaders to be part of the India's growth story.

'When India prospers, the world prospers. Our vision for India's development is such that it also leads to a better planet,' Modi said.

In his over 20-minute speech, Modi also talked about India's skilled human resources.

'If there is one thing I am specially proud of, it is India's talented and skilled human capital. No wonder India is among the world's largest start-up eco-systems,' he said.

'In the spirit of our Act East Policy, we are paying special attention to enhance connectivity with this region. Direct connectivity between ports on Thailand's west coast and ports on India's east coast will enhance our economic partnership,' he added.