According to estimates, there are around 1 lakh Tibetans in India; those who arrived in the early 1960s 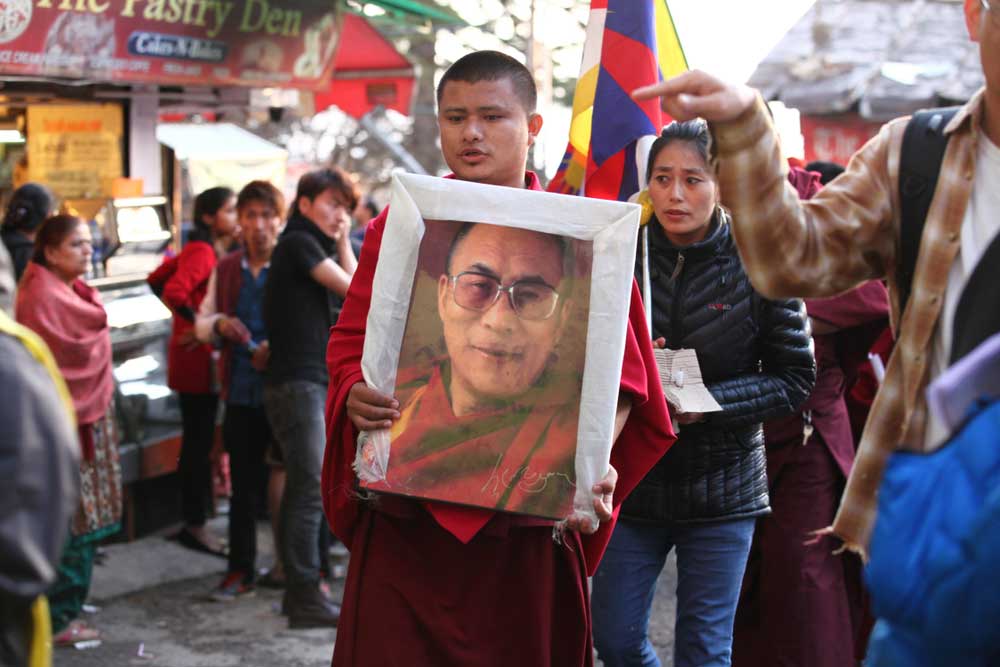 In his book The Buddha And The Borders, journalist Nirmalya Banerjee writes that with the years rolling by, Tibetans increasingly face the dilemma: to remain refugees or accept Indian citizenship to assimilate into a larger society.
(Shutterstock)
PTI   |   New Delhi   |   Published 10.03.20, 07:44 PM

The belief that Tibet would ultimately be free persuades many Tibetans to continue to live as refugees foregoing the opportunities that Indian citizenship offers, according to a new book.

According to estimates, there are around one lakh Tibetans in India. Those who arrived here in the early 1960s were given refugee status by the Indian government. The registration certificates issued to them enable these refugees to apply for jobs and travel permits.

In his book The Buddha And The Borders, journalist Nirmalya Banerjee writes that with the years rolling by, Tibetans increasingly face the dilemma: to remain refugees or accept Indian citizenship to assimilate into a larger society.

“The Tibetan refugees have been given the option by the Indian government to apply for citizenship. Their government-in-exile has left it to the refugees to decide for themselves; but it does not seem to encourage the idea, apprehensive that this could weaken the movement for a free Tibet,” Banerjee says.

“Their abiding belief that Tibet would ultimately be free persuades many Tibetans to continue to live as refugees foregoing the better prospects of life that Indian citizenship offers,” the book, published by Palimpsest, says.

According to the author, the advancing years of the Dalai Lama is a matter of concern for the Tibetan refugees in India, “something they would not like to discuss; they all hope and pray for his long life”.

In his recent interviews and statements, the spiritual leader himself has said that after him the institution of the Dalai Lama may not continue, it would be for the Tibetans all over the world to decide.

“Clearly, he apprehends that after him China would try to foist someone of its choice on this venerable institution,” Banerjee says.

Tantric Buddhism in the Himalayan region is not just a matter of academic curiosity, the belief in reincarnation had practical implications for the Tibetan polity as well, he says, adding: “In a way, they still have. Until the Chinese invasion, the Dalai Lama was not just the spiritual leader of Tibet but the temporal head of the Tibetan administration too.”

As the institution depends critically on succession of the reincarnate for its continuity, there would be a time lag between the passing of a Dalai Lama and the birth of his successor, the time taken for the spirit of the departed leader to enter the body of the new Dalai Lama, Banerjee writes.

“It would then take years for the new Dalai Lama to grow up studying religion and learning statecraft. In the interregnum, regents would rule Tibet. These were the periods of power struggle and uncertainty, a place of political observation marked by a weak central authority,” he says.

The 14th Dalai Lama, the present spiritual leader of Tibet, until recently headed the Tibetan government-in-exile in Dharamshala. The Buddha And The Borders combines shades of Buddhist culture, geopolitics and India’s security concerns.