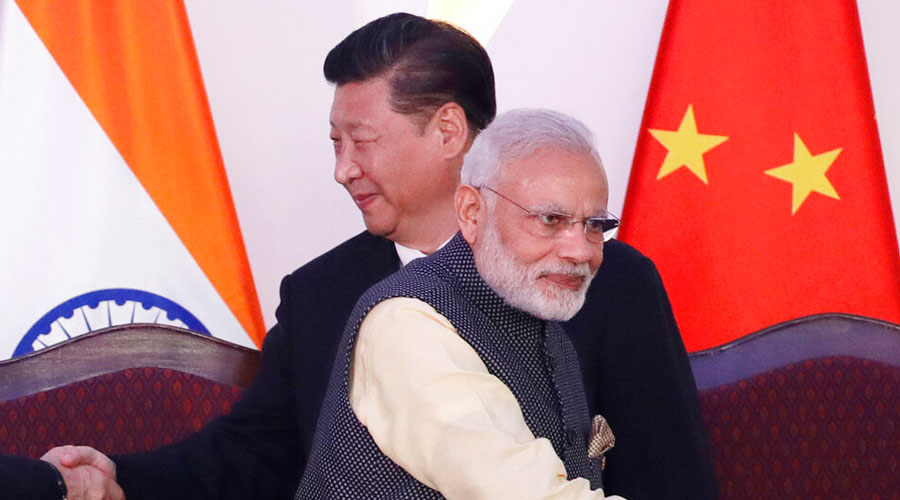 India and China have begun taking baby steps towards “complete disengagement” of troops along the Line of Actual Control (LAC) after the Special Representatives on the Boundary Question had a phone conversation on Sunday, but the differences in perception persist.

The statements from the two foreign offices suggest there are miles to go before status quo is restored at all the friction points along the LAC.

China has brought in a mention of Galwan and iterated its position on the site of the fatal hand-to-hand combat of June 15, but in much mellowed diplomatese.

Both sides have agreed to keep the conversation going at various levels —Special Representative, military and diplomatic, including the Working Mechanism for Consultation and Coordination on India-China border affairs (WMCC) --- to ensure full and enduring restoration of peace and tranquillity in the border areas.

While both statements emphasised the need to ensure that differences did not turn into disputes, the Indian readout focused mostly on the situation along the LAC whereas Beijing dwelt on other aspects of the bilateral relationship, including a hope that “India can work with China to guide public opinion in the right direction, keep and advance bilateral exchanges and cooperation, and avoid amplifying the differences and complicating matters so as to jointly uphold the big picture of China-India relations”.

China did not elaborate on the “big picture” but the past few decades have seen the two countries do business despite their territorial disputes, unlike the India-Pakistan dynamic.

In recent months, however, India has taken steps to contain China’s influence on the Indian economy. Prior to China’s build-up along the LAC, India had imposed restrictions on Chinese investments by erecting additional barriers to investments from neighbouring countries in a move widely perceived as directed at China. Last week, India moved to ban 59 Chinese apps including TikTok.

China had protested both moves, calling them discriminatory and a violation of World Trade Organisation norms.

According to the Indian readout on Monday, “they agreed that it was necessary to ensure at the earliest complete disengagement of the troops along the LAC and de-escalation from India-China border areas for full restoration of peace and tranquillity. In this regard they further agreed that both sides should complete the ongoing disengagement process along the LAC expeditiously.

“The two sides should also ensure a phased and stepwise de-escalation in the India-China border areas. They re-affirmed that both sides should strictly respect and observe the LAC and should not take any unilateral action to alter the status quo and work together to avoid any incident in the future that could disturb peace and tranquillity in border areas.’’

The Chinese statement does mention the need for “complete disengagement of the frontline troops as soon as possible” by acting on the consensus arrived at the commanders’ meeting. But the Chinese statement brought up Galwan while remaining silent on the need to “strictly respect and observe the LAC” and “not take any unilateral action to alter the status quo”. On the boundary question, all China says is that it “should be placed properly in the bilateral relations”.

As for Galwan, China has maintained that “the right and wrong of what recently happened at the Galwan Valley in the western sector of the China-India boundary is very clear. China will continue firmly safeguarding our territorial sovereignty as well as peace and tranquillity in the border areas”.

Earlier, Indian Army sources had claimed “partial disengagement” at the site of the Galwan clash but with a touch of scepticism since the physical verification would take a couple of days and because of the possibility that the Chinese troops had only made a tactical retreat because the river is in spate from snow melt.

The Chinese statement further says: “For both China and India, achieving development and revitalisation is the top priority where we share long-term strategic interests. Both sides should adhere to the strategic assessment that instead of posing threats, the two countries provide each other with development opportunities. Both sides should pay great attention to the current complex situation facing China-India bilateral relations, and work together to overcome and turn it around as soon as possible.”

India was the first to officially announce that the two Special Representatives -– national security adviser Ajit Doval and state councillor Wang Yi (who is also the foreign minister) -- had spoken. Before the announcement, Chinese foreign ministry spokesman Zhao Lijian had confirmed what was being stated in India but not on record.

Responding to the question whether Chinese troops had pulled back from the flashpoint site in Galwan, Zhao told a regular briefing in Beijing: “Chinese and Indian troops held the third round of commander-level talks on June 30. Both sides agreed to continue implementing previous consensus reached at the last two rounds of commander-level talks and made progress in taking effective measures on disengagement and easing tensions in the border areas by frontline troops. We hope India will meet China halfway, implement our consensus by taking concrete actions, keep in close contact with China via military and diplomatic channels, and work with China to deescalate tensions in the border areas.”