India, China firm but agree not to escalate 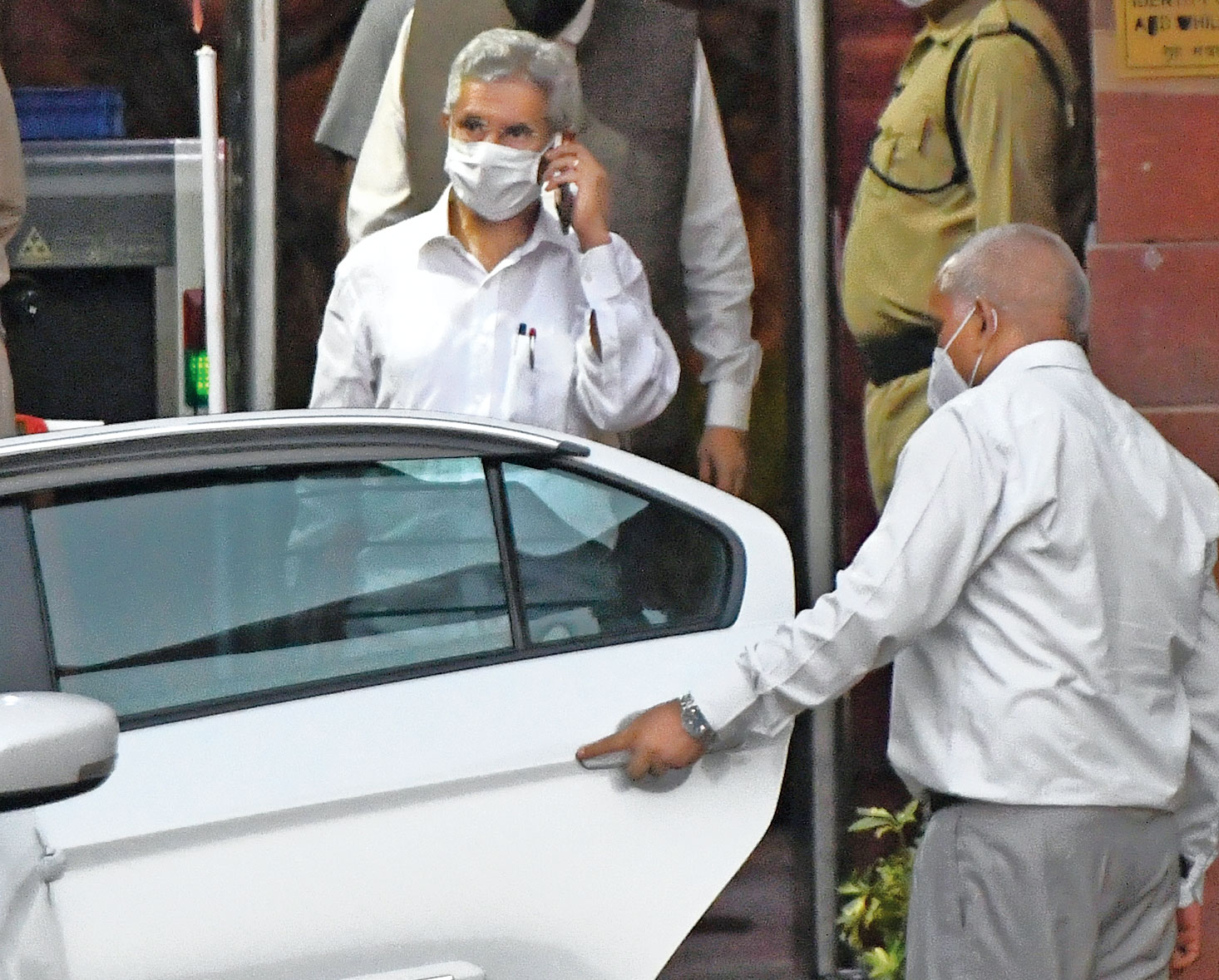 India and China on Wednesday stuck to their guns on sovereignty over the Galwan Valley but agreed not to escalate matters further while paying lip service to the bilateral agreements for peace and tranquillity on the border.

The two countries held their first high-level diplomatic engagement to ease the situation along the Line of Actual Control (LAC) in the aftermath of Monday night’s clash in which at least 20 Indian soldiers were killed.

Soon after Prime Minister Narendra Modi broke his silence on the fight in the Galwan Valley, external affairs minister S. Jaishankar had a telephone conversation with his Chinese counterpart Wang Yi.

From the statements issued by India and China, the only point of agreement appeared to be on not escalating matters and remaining steadfast on the bilateral agreements and protocols that have been strained over the past month.

The Chinese claimed that Wang told Jaishankar that the “Indian side must not misjudge the current situation and must not underestimate China’s firm will to safeguard territorial sovereignty”.

India registered its protest “in the strongest terms” on the violent face-off in the Galwan Valley and “underlined that this unprecedented development will have a serious impact on the bilateral relationship”, according to the readout issued by the external affairs ministry on the conversation between the two ministers.

The statement also described what happened in the Galwan Valley from India’s perspective.

“While there was some progress, the Chinese side sought to erect a structure in the Galwan Valley on our side of the LAC. While this became a source of dispute, the Chinese side took premeditated and planned action that was directly responsible for the resulting violence and casualties. It reflected an intent to change the facts on ground in violation of all our agreements to not change the status quo,” it said.

The statement added: “The need of the hour was for the Chinese side to reassess its actions and take corrective steps. The two sides should scrupulously and sincerely implement the understanding that was reached by the Senior Commanders on 6th June. Troops of both sides should also abide by the bilateral agreements and protocols. They should strictly respect and observe the Line of Actual Control and should not take any unilateral action to alter it.”

China, in turn, again accused Indian “frontline frontier troops” of openly breaking the consensus reached at the military-level meeting between the two sides.

Beijing also demanded a thorough probe by India into the Galwan clash and severe punishment for those responsible. Further, China demanded that the frontline troops be reined in, and India stop all “provocative actions” to ensure that such incidents do not occur again.

China did not spell out the “provocative actions”. Sources said they could range from military moves to India developing infrastructure along the LAC to match what the Chinese have built on their side of the line that is yet to be demarcated though the two countries will be celebrating the 70th anniversary of bilateral relations this year.

Prior to the conversation, Chinese foreign ministry spokesman Zhao Lijian had reiterated China’s position articulated on Tuesday that Beijing had territorial sovereignty over Galwan and that Monday’s face-off was provoked by the Indian troops.

Ever since the Chinese made multiple intrusions into the Indian side of the LAC — possibly from April though news first broke only in May — there has been only one other known diplomatic contact between the two sides. That interaction had been on June 5 ahead of the commander-level conference in Moldo on the Chinese side of the LAC in Eastern Ladakh to de-escalate tensions.

China may have officially maintained silence on the casualties suffered by its troops in the clashes with the Indian soldiers in the Galwan Valley but editorials in the State-run dailies acknowledged the People’s Liberation Army fatalities while calling for disengagement to avert a border war, reports PTI from Beijing.

China’s foreign ministry on Wednesday parried all questions related to the casualties suffered by the PLA troops in the Galwan Valley on Monday night. But the official media conceded casualties on the Chinese side.

“China has not released details of the deaths and injuries on its side in an attempt to avoid any notion of winners or losers and prevent any escalation of tensions, but with casualties on both sides and tensions having been simmering for a while before boiling over, the incident cannot but raise worries that the situation risks running out of control,” the editorial in the China Daily said on Wednesday.

The Global Times, the ruling Communist Party’s publication, said in its editorial: “It is noteworthy that the Chinese side did not disclose the number of casualties of the Chinese military, a move that aims to avoid comparing and preventing confrontational sentiments from escalating.”

The paper, known for its aggressive jingoistic write-ups, called on the Chinese public to place trust in the country’s leadership in dealing with the border problem with India.

Both dailies claimed that the US was trying to move closer to India, and that New Delhi was taking part in Indo-Pacific “orchestrated” strategy by the US against China.

The official Chinese media blamed India for the clashes but at the same time called for restraint.

“The fact that neither side fired any shots during the latest clash indicates that it is still possible for the two sides to exercise damage control in the spirit of maintaining ‘peace and tranquillity’,” the China Daily editorial said.

The Global Times editorial said: “The clash in the Galwan Valley this time has led to casualties on both sides, indicating China-India border tensions, amid constant frictions, may spiral out of control. We notice that the leadership of the two militaries has exercised restraint after the incident, indicating that both sides would like to handle the conflict peacefully and not let the conflict escalate.”