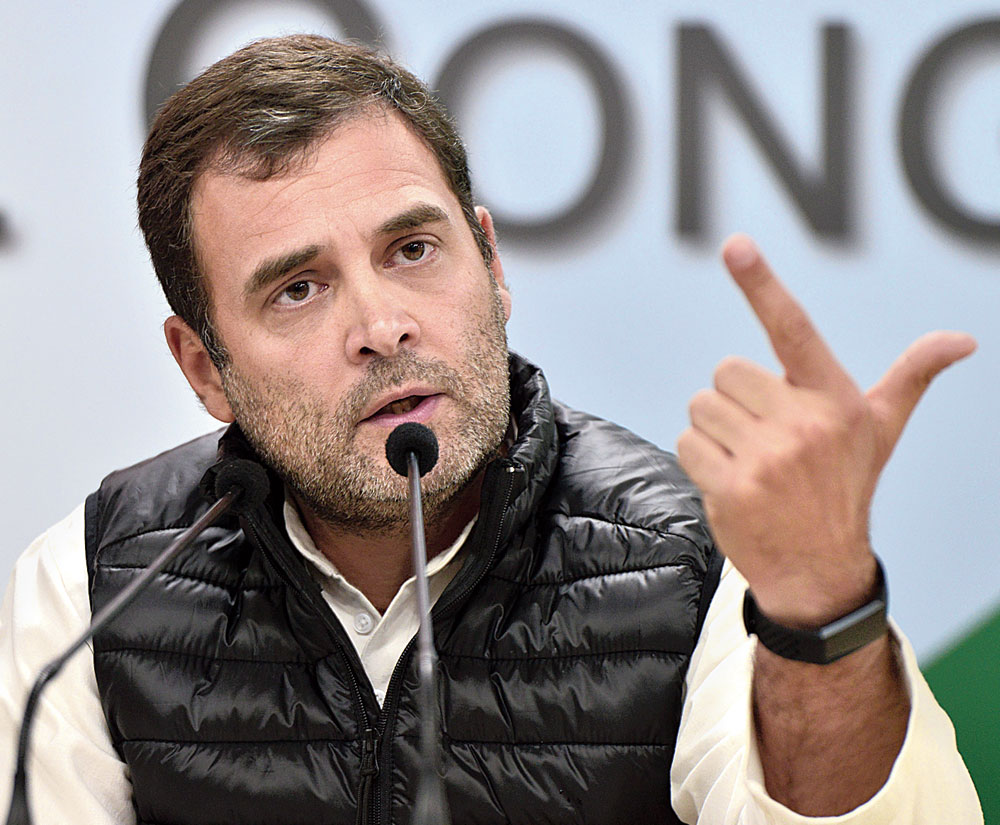 Congress leader Rahul Gandhi on Tuesday took a swipe at the BJP over the rising imports from China and said the ruling party says 'Make in India' but buys from China.

"Facts don't lie. BJP says: Make in India. BJP does: Buy from China," he said in a tweet along with a graph showing comparative volumes of imports from China during the Congress-led United Progressive Alliance (UPA) regime and the BJP-led National Democratic Alliance (NDA) government, showing a rise under the current dispensation.

BJP does:
Buy from China. pic.twitter.com/hSiDIOP3aU

Gandhi has been attacking Prime Minister Narendra Modi and his government over the India-China border standoff in eastern Ladakh that led to the death of 20 Indian soldiers in a violent clash between the troops of the two countries.

The former Congress president has also been attacking the government on the 'Make in India' initiative, alleging that it has "failed" to yield results.