Tensions escalate to another front in northern Ladakh 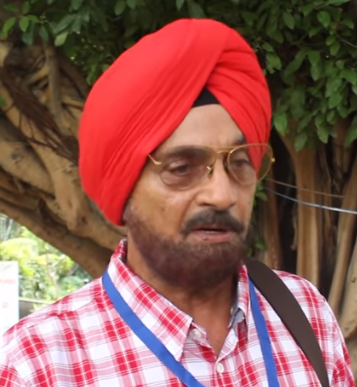 Defence ministry sources on Thursday said the situation continued to simmer in the Galwan Valley, Hot Springs and the Pangong Lake despite the corps commander-level talks on June 22.

They said the Chinese People’s Liberation Army (PLA) had “dug in” and had so far not shown any signs of relenting or backing off from the areas that were once controlled by India.

Tensions have now escalated on another front, the Depsang Plains near Daulat Beg Oldi in northern Ladakh, where Chinese troops and tanks are said to have crossed what India perceives as the Line of Actual Control (LAC).

News agency ANI, seen as pro-government, had in the afternoon tweeted that the Chinese had moved back some vehicles and troops at the Galwan Valley but a new tent that had come up near PP-14, where the June 15 clash occurred, was still there. It later deleted the tweet.

“It’s surprising that we are still living in denial,” Lieutenant General (retired) H.S. Panag, who has with some other veterans been flagging the “incursion” in eastern Ladakh, told The Telegraph on Thursday.

“If the assessment from open-source intelligence, based on satellite images, is wrong, then the government should take the media along on a chopper and show the ground reality. It’s as simple as that.”

Prime Minister Narendra Modi had last week said “no one has intruded into our territory”, contradicting the foreign ministry’s earlier statement about 20 Indian soldiers being killed by Chinese troops on Indian territory in the Galwan Valley on June 15.

The PMO was later forced to issue a clarification that Modi was referring to the post-June 15 situation. However, satellite images that emerged on Wednesday suggest a fresh Chinese build-up on Indian territory in the Galwan Valley.

“More talks between local commanders are being finalised to carry forward the corps commander-level dialogue. So far they (Chinese troops) have been non-committal and have shown no signs of backing off from India’s side of the LAC,” a defence ministry official said.

A day after the second corps commander-level meeting of June 22, an army source had said there was a “mutual consensus to disengage”. He said the modalities for disengagement from all friction areas in eastern Ladakh had been discussed and this would be taken forward by both sides.

Panag said the situation remained unchanged in the Hot Springs area, where Indian troops were being prevented by the Chinese from patrolling.

The areas between Finger 4 and Finger 8 (around 8km) near the Pangong Lake are also under the control of the Chinese, who have set up military infrastructure and defences along Fingers 4, 5 and 6 too, he said.

“Approximately, 40sqkm of our areas, where we patrolled effectively prior to April, are now under PLA control,” Panag said.

The defence ministry official said the Chinese aggression in the Galwan Valley was “shocking” considering the area had always been under India’s control.

China has, however, claimed sovereignty over the whole of the Galwan Valley — a stand its defence and foreign ministries repeated on Wednesday.

“Although many sites along the 3,488km India-China border are disputed because of differing perceptions about the LAC, the Galwan Valley had never been disputed before,” the official said.

The focus has shifted back to Patrolling Point 14 in the Galwan Valley, where the Indian troops had dismantled a makeshift Chinese tent on June 15 during the violent face-off.

Satellite images suggest a fresh Chinese build-up near PP-14 on the Indian side of the LAC.

“The satellite images show that the PLA has put up a new tent there amid a fresh build-up near the site. This happened on a day (June 22) when both sides held talks and reached a consensus to disengage,” a security official said.

“What kind of disengagement are we expecting from them when they have continued to transgress India’s claim line?”

The official said the Chinese were opening up multiple fronts on the LAC, intruding across India’s claim line and deploying troops on the Depsang Plains near Daulat Beg Oldi.

He said the Chinese had made offensive deployments in at least 10 points on the border between the Pangong Lake and Daulat Beg Oldi.

On the border tensions escalating on the Depsang Plains, Air Vice-Marshal (retired) Manmohan Bahadur tweeted a logbook from his flying time and said: “Since the ‘scene’ seems to be shifting to DBO & Burtsa (Burtse) Y-junction — here’s to #China.

We were always flying there & were clear that #LAC was way East. A shot of my logbook of 1980 of our missions to Burtsa. So, do not tweak history #galwanvalleyclash #ChinaIndiaFaceoff.”

Burtse too is located near Daulat Beg Oldi in northern Ladakh. The Chinese are said to have crossed the LAC and deployed troops and military equipment in Indian territory up to a place called “Y-junction”.

In Depsang, the Chinese claim territory between 15km and 20km on the Indian side.

The security official cited how the Chinese had transgressed into Raki Nala on the Depsang Plains in 2013 and set up tents, staying on for three weeks before agreeing to pull out after diplomatic talks.