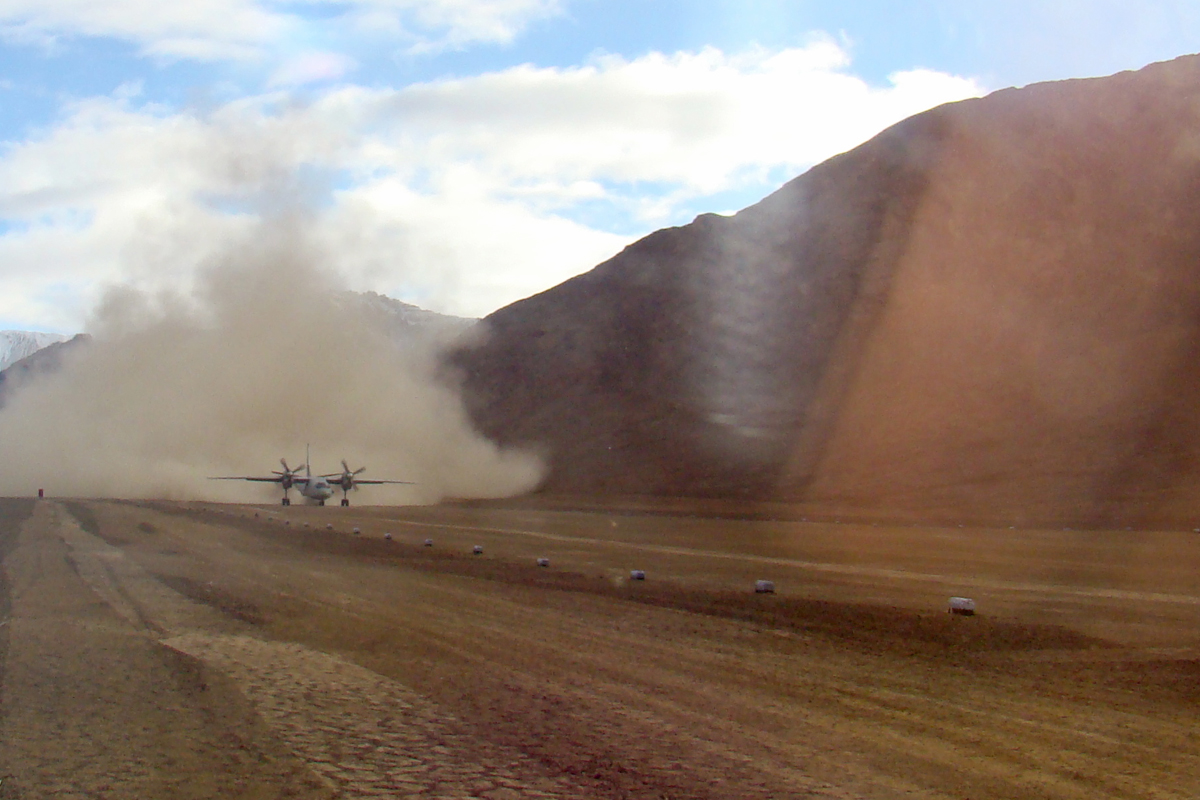 A former Indian Air Force officer on Friday said the armed Chinese incursions into the Depsang Plains, the latest flashpoint in northern Ladakh, was a premeditated step by the People’s Liberation Army to counter India’s move to reactivate a vantage-point airstrip to check intrusions and help troops on the ground.

The Daulat Beg Oldi airstrip, which overlooks the Karakoram Pass and is just 8km from the Line of Actual Control and the China-occupied Aksai region beyond, had been reactivated after 43 years in 2008 but had been lying dormant since. With border tensions escalating, India again began using the airstrip, flying AN-32 and C-130J Hercules aircraft to keep a watch on the border and help troops below at the Depsang Plains.

“DBO (Daulat Beg Oldi) is strategically located and plays a very important role as it is next to the LAC in Aksai Chin. The Chinese are very upset after India recently reactivated the airstrip after several years,” the former IAF officer said, preferring anonymity.

“Located at a height of 16,000 feet, the airstrip provides logistics support to the army along the LAC in the treacherous and hostile terrain,” said the officer, who had been posted in Ladakh in the 1980s.

The DBO airstrip was built after the war in 1962 to check Chinese incursions. Landing was abandoned in 1965 because it was not considered safe, but was reactivated in 2008.

The airstrip is also near the newly built and strategic Darbuk-Shyok-DBO road that runs parallel to the LAC, meandering through elevations ranging between 14,000 feet and 16,000 feet. The road connects Leh with DBO at the base of the Karakoram Pass that separates China’s Xinjiang Autonomous Region from Ladakh. The PLA seeks to dominate the road as the Indian Army uses it to support its soldiers deployed at the LAC.

In the aftermath of the June 22 talks between India and China that followed the violent clash at the Galwan Valley in which 20 Indian soldiers were killed, PLA troops are said to have entered what India considers its territory at the Depsang Plains near the DBO with tanks and artillery.

The former IAF official blamed “complete intelligence failure” for the Chinese transgressions at several points along the LAC in Ladakh.

The former officer said Prime Minister Narendra Modi’s ambiguous speech at an all-party meeting last Friday where he said there had been “no intrusion” was “music to the ears of the Chinese”.

“It seems the Prime Minister was addressing his core supporters and little did he know that it would boomerang. They maximised it and are now claiming sovereignty over the Galwan Valley,” he said.

The Galwan Valley had not been disputed since 1962.