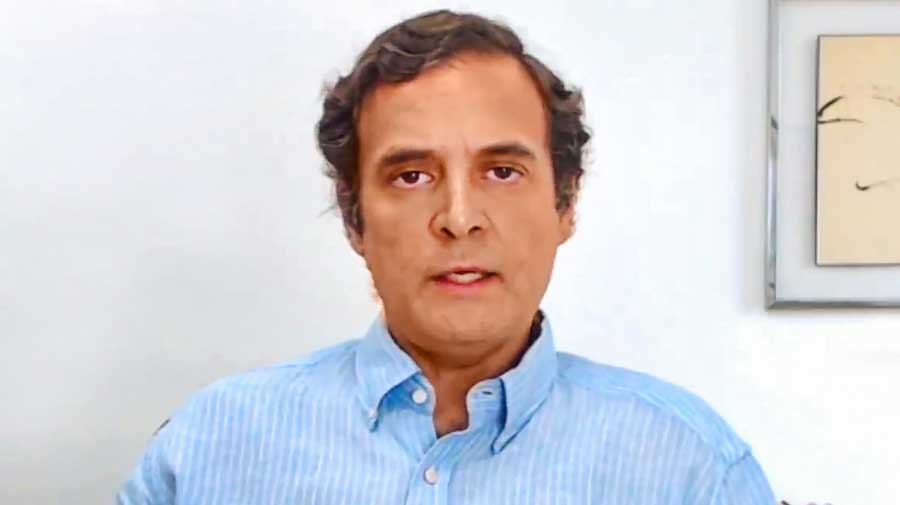 The Congress leadership doesn’t share the perception that China has seen reason and relented, but has decided to wait to see whether the change in the ground situation at the border demonstrates restoration of status quo ante.

Top Congress leaders have carefully examined the “differences in the tenor and content” of the statements released by India and China on Monday on disengagement and felt that the aggressor is still behaving irresponsibly and there is no reason to trust the neighbour’s intent.

The Congress has also objected to India not categorically insisting on restoration of status quo ante.

Although the Opposition party chose to move cautiously and wait for the actual outcome on the ground, former Congress president Rahul Gandhi indicated the assessment in a carefully worded tweet.

“National interest is paramount. The Government of India’s duty is to protect it. Then, 1. Why has Status Quo Ante not been insisted on? 2. Why is China allowed to justify the murder of 20 unarmed jawans in our territory? 3. Why is there no mention of the territorial sovereignty of Galwan Valley?” Rahul tweeted.

The Congress chose not to hold any media interaction on Tuesday as the dominant view was to let the developments on the ground manifest themselves in the coming days.

A senior leader told The Telegraph: “It is truly difficult to trust China after what they did without provocation. Their intention became clear when they declared the Galwan Valley as their own, occupied strategic points and so brutally killed our soldiers. The tenor of their statement is accusatory, not of regret and reconciliation. We also have to see if the buffer zone being talked about lies entirely on the Indian side, which is unacceptable.”

Although Rahul posted the statements of both the Indian and the Chinese foreign offices to stress the differences, the Congress is doubtless under pressure as no other Opposition party has articulated their concerns clearly. The government has relentlessly attacked the Congress for its ceaseless questioning.

“That Rahul speaking up in national interest, giving voice to the national concern about Chinese intrusions, has not been appreciated is deeply disturbing. But we are aware of our responsibility as a party that led the freedom struggle and shaped India’s destiny for decades. If the government intends to portray what happened on Monday as victory, or an honourable solution, the facts on the ground will return to haunt them,” the senior leader said.

Indian government sources had said on Monday that Chinese troops were believed to have moved back slightly from the June 15 face-off site in the Galwan Valley and removed some temporary structures and tents.

In a statement issued by its foreign office on Monday, China had mentioned Galwan and iterated its position on the site of the fatal hand-to-hand combat of June 15, but in much mellowed diplomatese.

While both the Indian and Chinese statements emphasised the need to ensure that differences did not turn into disputes, the Indian readout focused mostly on the situation along the LAC whereas Beijing dwelt on other aspects of the bilateral relationship, including a hope that “India can work with China to guide public opinion in the right direction, keep and advance bilateral exchanges and cooperation, and avoid amplifying the differences and complicating matters so as to jointly uphold the big picture of China-India relations”.

In his tweet, Rahul highlighted to the following portion in the Chinese statement: “The right and wrong of what recently happened at the Galwan Valley in the western sector of the China-India boundary is very clear. China will continue firmly safeguarding our territorial integrity as well as peace and tranquility in the border areas.”

China has consistently maintained that India is responsible for the border flare-up.

Congress spokesperson Manish Tewari also hinted at the reservations within the party by restricting himself to making his point by uploading two newspaper headlines — one that referred to Chinese withdrawal from the Galwan Valley months before the 1962 war and another from this Tuesday that spoke of the partial pullback from the same area.

“This was the headline on July 15, 1962. The headline today on July 7, 2020. With the Chinese never trust and verify over and over again. They do not mean what they say & say what they don’t mean,” Tewari tweeted.

Congress communications chief Randeep Surjewala reacted to reports of withdrawal of Indian troops, too, by recalling what Narendra Modi had tweeted on May 13, 2013, as Gujarat chief minister.

Modi had tweeted: “China withdraws its forces but I wonder why Indian forces are withdrawing from Indian territory? Why did we retreat?”

Referring to the tweet, Surjewala asked: “Honourable Prime Minister, do you remember your words? Do your words carry any meaning? Will you explain why our forces are withdrawing now? The country demands answer.”