Advertisement
Home / India / A hundred lies to conceal one lie spoken by the PM: Congress

A hundred lies to conceal one lie spoken by the PM: Congress 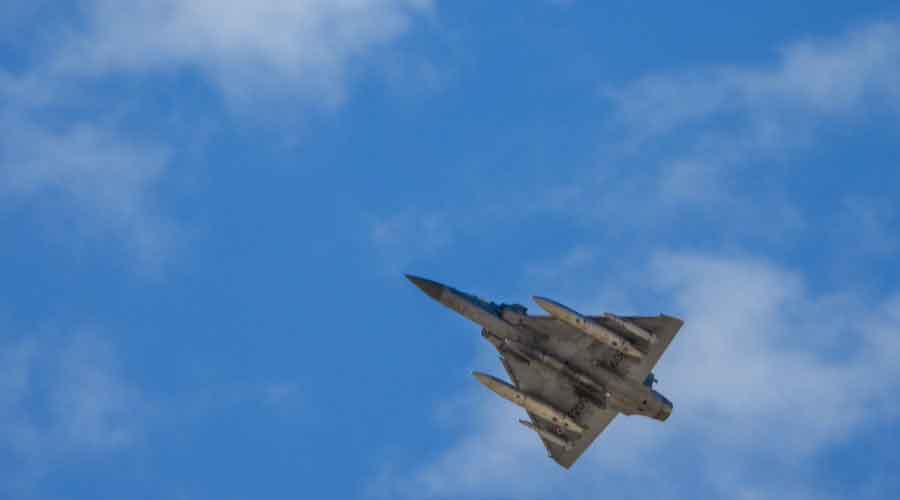 The Congress on Wednesday pounced on the government’s claim that “no infiltration has been reported along the Indo-China border in the last six months”, saying this was another attempt to defend Prime Minister Narendra Modi’s “lie” that nobody had entered Indian territory.

“A hundred lies to conceal one lie spoken by the Prime Minister. This government is with China or with Indian Army?” party communications chief Randeep Surjewala tweeted.

The Congress also posted this message: “As defence minister exposes PM Modi’s lies, the home ministry runs to his rescue. Shame! BJP, get your act together. Prioritise India over Modi ji.”

Junior home minister Nityanand Rai had made the no-infiltration claim in the Rajya Sabha on Wednesday, a day after defence minister Rajnath Singh had spoken of heavy Chinese mobilisation in “inner areas”, throwing into relief Modi’s June 19 claim that no one had intruded into India.

Surjewala reminded the government that 20 Indian soldiers had died in the June 15 clash with the Chinese in the Galwan Valley and added: “Undermining their sacrifice is treason.”

The Congress also asked the government to clarify whether it was claiming that the clash had taken place in Chinese territory — implying the Indian troops had transgressed the LAC.

Although the government maintained that Rai’s statement had come in the context of infiltration by terrorists, the Congress believes the Centre’s intention was to deny Chinese intrusion and save the Prime Minister from embarrassment.

Rahul Gandhi posted a sarcastic tweet: “Understand the chronology: PM said — no one crossed the border. Then, took a huge loan from a China-based bank. Then, defence minister said — China occupied our land. Now, minister of state for home says — there’s no infiltration. Is Modi government with Indian Army or with China? Modi ji, why so scared?”

Rahul’s reference was to India taking loans from the China-controlled Asian Infrastructure Investment Bank while citing the border standoff to crack down on Chinese business relationships in India.

Congress spokesperson Pawan Khera later told a news conference: “This (no-infiltration claim) is a shameless insult to the martyrdom of our brave soldiers in the Galwan Valley. Is the government trying to say that the Galwan clash happened in Chinese territory? By saying so, is the government (accusing) the Indian Army of trespassing into enemy territory?

“Isn’t this just another clean chit to China but also a handle given to China by our government? China can now claim that the Government of India and the Prime Minister and the minister of state for home are saying they are not the aggressor. The response of the government dilutes the resolve of India and its mighty army to protect every inch of our valuable territory.”

Khera added: “Why is this government so keen to give clean chits to China? After the Prime Minister, now the defence minister talks about differing perceptions of the LAC (in the Lok Sabha on Tuesday). There are no differing perceptions; the LAC is clearly defined. These statements will only embolden China.”

Khera asked the defence minister to answer these questions: “Are we able to patrol the same areas as we were able to do so before April 2020? What is the pressure under which the Prime Minister gave a clean chit to China? Under whose pressure did the defence ministry remove the document that acknowledged Chinese transgression in eastern Ladakh? Is the entire government now trying to justify that one big lie of the Prime Minister?”The defence ministry had without explanation on August 6 removed from its website a one-day-old document that had acknowledged China had “transgressed” into eastern Ladakh – the first government document to admit to the intrusion.

Khera accused the government of hypocrisy in taking loans worth Rs 9,202 crore from the Asian Infrastructure Investment Bank while, he said, the Prime Minister was claiming credit for banning Chinese apps.