Advertisement
Home / India / India and China to set up mechanism on trade, investment

India and China to set up mechanism on trade, investment 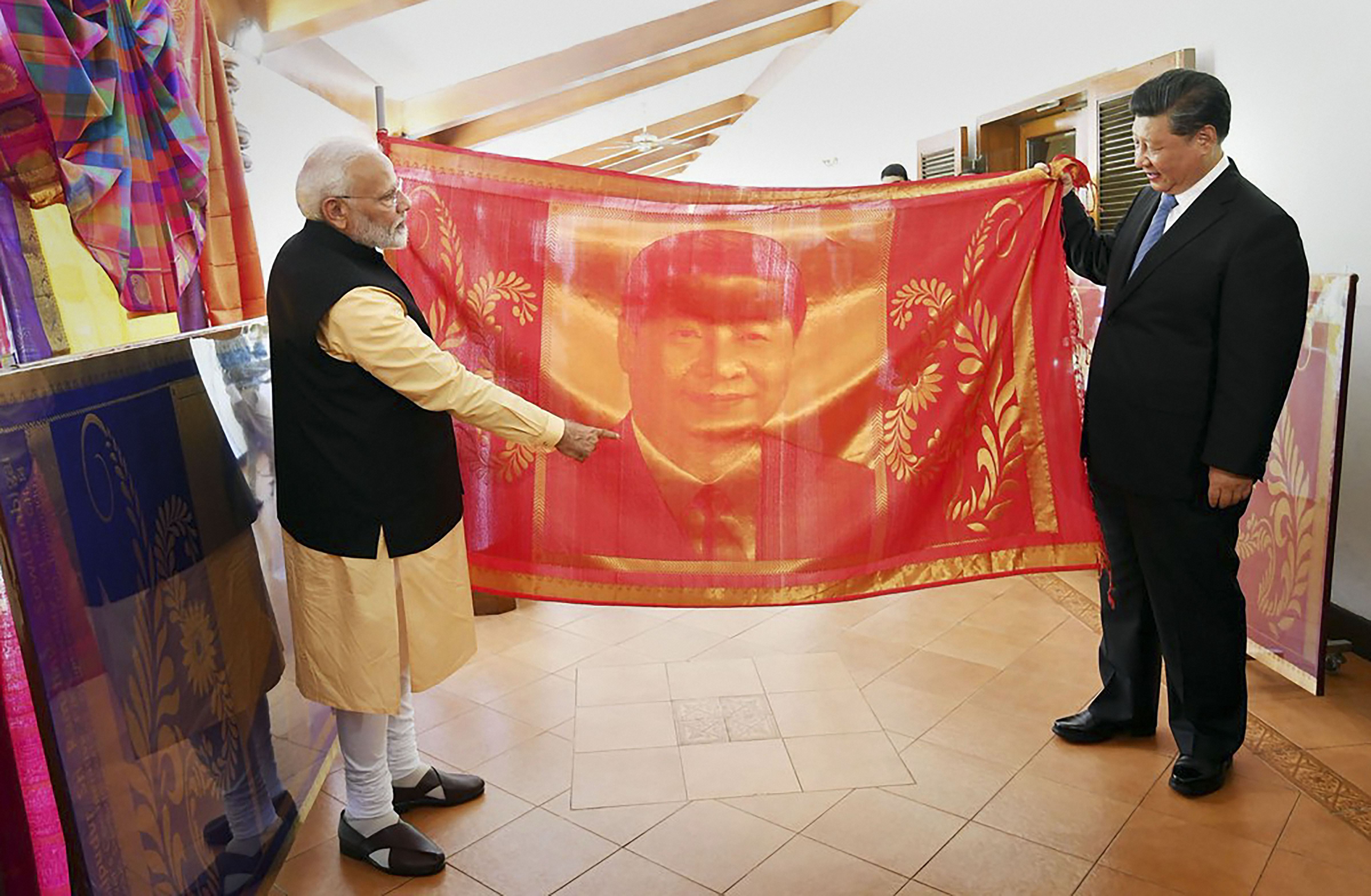 India and China on Saturday resolved to start a new chapter of cooperation while prudently managing their differences, as Prime Minister Narendra Modi and Chinese President Xi Jinping discussed several key issues, including ways to enhance trade and investment and confidence-building measures, during their nearly seven-hour one-on-one talks spread over two days in this ancient coastal town.

The significant outcome of the second Modi-Xi informal summit included setting up of a new high-level mechanism to boost trade and investment, China's assurance to address India's concerns in negotiations for the proposed Regional Comprehensive Economic Partnership (RCEP), security cooperation and additional confidence-building measures to main peace on the border.

Foreign secretary Vijay Gokhale, addressing a news conference at the end of the summit, said the Kashmir issue was not raised or discussed during the deliberations but said the Chinese leader briefed Modi about Pakistan Prime Minister Imran Khan's visit to Beijing earlier in the week.

The two leaders had an in-depth exchange of views in a friendly atmosphere on overarching, long-term and strategic issues of global and regional importance, Gokhale said, at the end of Xi's nearly 24-hour visit.

A new era of cooperation will start between India and China on Saturday with the 'Chennai Connect', Prime Minister Modi said in his remarks at the delegation-level talks after a 90-minute one-on-one conversation with Xi in a luxury resort overlooking the Bay of Bengal.

Xi said their 'candid', 'heart-to-heart' discussions on bilateral relations were 'in-depth' and 'good', noting that maintaining and expanding the Sino-India relations is a firm policy of his government.

'The Wuhan spirit gave a new momentum and trust in our relations. Today, our Chennai Connect will lead to the start of a new era of cooperation between the two countries,' Modi said, referring to outcome arrived at the first informal summit between the two leaders at the Chinese city in April last year.

Modi said the Wuhan summit led to increased stability and fresh momentum in Sino-India relations as strategic communication increased between the two sides.

'We had decided that we will prudently manage our differences, and not allow them to become disputes; we will remain sensitive about each other's concerns and that our relations will lead to peace and stability across the world. These are our big achievements and these will inspire us to do more in future,' Modi said.

The Prime Minister also said India and China were global economic powers during most of the past 2000 years and were returning to stage gradually.

'We have deeper strategic communication, more effective practical cooperation, more diverse people-to-people and cultural exchanges and we have closer cooperation on multilateral occasions. What happened has proved that we made the right decision to have this kind of informal summit and we can well continue with this form of meeting,' the Chinese leader said.

President Xi invited Modi to visit China for the third informal summit and Modi has accepted the invitation.

Giving an account of the outcome of the summit, Gokhale said the two leaders were concerned that terrorism continued to pose a common threat.

They recognized the importance of continued joint efforts to ensure that the international community strengthens the framework against training, financing and supporting terrorist groups throughout the world and on a non-discriminatory basis.

On the vexed boundary issue, Gokhale said both sides would continue to work on additional confidence-building measures to enhance peace and tranquillity along the border.

Asked whether cross-border terrorism was discussed in the meeting, the foreign secretary only said that India-China ties were not a one-issue relationship.

The two leaders have also decided to establish a high-level economic and trade dialogue mechanism with the objective of achieving enhanced trade and commercial relations, as well as to better balance the trade between the two countries, he said.

They have also agreed to encourage mutual investments in identified sectors through the development of a manufacturing partnership and tasked their officials to develop the idea at the first meeting of the new dialogue mechanism, the foreign secretary said.

Gokhale said Modi and Xi evaluated the direction of bilateral relations in a positive light and discussed how India-China interaction could be deepened to reflect the growing role of both countries on the global stage.

Both leaders shared the view that the international situation was witnessing significant readjustment. They were of the view that India and China share the common objective of working for a peaceful, secure and prosperous world in which all countries can pursue their development within a rules-based international order, said a press release featuring 16 important outcomes.

Sources said the Indian and Chinese sides exchanged the texts of their release before issuing them.

The two leaders reiterated the consensus reached during the first Informal Summit in Wuhan that India and China are factors for stability in the current international landscape and that both sides would prudently manage their differences and not allow differences on any issue to become disputes, the release said.

Gokhale said Modi and Xi recognised that India and China had a common interest in preserving and advancing a rules-based and inclusive international order, including through reforms that reflect the new realities of the 21st century.

Both agreed that it was important to support and strengthen the rules-based multilateral trading system at a time when globally agreed trade practices and norms were being selectively questioned. India and China will continue to work together for open and inclusive trade arrangements that will benefit all countries, he said.

He said the two leaders exchanged views on outstanding issues, including on the boundary question and welcomed the work of the special representatives engaged in negotiations on the issue.

Modi and Xi held a 90-minute meeting at the Taj's Fisherman's Cove resort on Saturday and took a stroll along the beachfront. It was followed by delegation-level talks.

Earlier, Modi and Xi came together to the venue in a golf cart.

On Friday, Modi and Xi held a total of four-and-half-hour open and cordial one-on-one discussion including over dinner.

Xi's visit to India comes two days after he held talks with Pakistan Prime Minister Imran Khan in Bejing. After the talks, a joint statement said China was paying close attention 'to the situation in Kashmir and that the issue should be properly and peacefully resolved based on the UN Charter'. The comments evoked a sharp reaction from New Delhi.

'It is anticipated that this unilateral liberalisation of e-TV for Chinese nationals will further enhance people-to-people exchanges between the two countries and encourage more Chinese tourists to choose India as a destination for tourism purposes,' the embassy said in a press release.

Soon after his arrival on Friday afternoon, Xi was taken for a guided tour by Modi of the famous world heritage sites of Arjuna's Penance, Krishna's Butterball, the Pancha Ratha and Shore temple in this ancient temple town, kicking off the second informal summit between the two leaders.

China's state-run Xinhua news agency reported that Xi and Modi agreed to promote exchanges and mutual learning among civilizations to achieve joint development and prosperity during their talks on Friday.

The two countries had overcome various obstacles to carry out extensive exchanges and promote the development of literature, art, philosophy and religion in the past, which had greatly benefited both sides, Xi was quoted as saying.