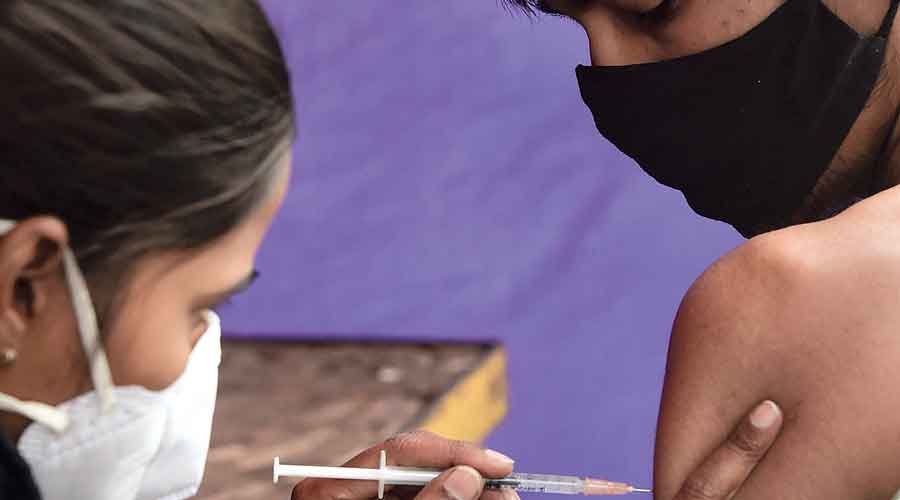 India has added two new vaccines and an early-use anti-viral drug to its armoury to fight Covid-19, all three products based on core technologies developed in the US but produced in India.

The Central Drugs Standard Control Organisation (CDSCO), the country’s apex regulatory authority, has approved the Corbevax vaccine produced by the Hyderabad-based Biological-E and Covovax that will be manufactured by the Pune-based Serum Institute, the Union health ministry said on Tuesday.

The ministry said the CDSCO had also approved molnupiravir, an anti-viral drug developed by the US-based Ridgeback Biotherapeutics and Merck and shown to reduce Covid-19 hospitalisation and deaths when used during early stages of the infection.

The recommended dose of molnupiravir is 800mg twice daily for five days for the treatment of adults with Covid-19 with an oxygen level of 93 per cent or higher and who have a high risk of progression of disease, including hospitalisation or death.

“It is now the third vaccine developed in India,” the ministry quoted the minister as saying.

But Biological-E has developed the vaccine through technology procured from BCM Ventures, the Baylor College of Medicines’ commercialisation arm, and Dynavax, a biopharmaceuticals corporation, the company itself said in a media release on Tuesday.

A Biological-E official, when asked by this newspaper why it was described as indigenously developed when its core technologies were procured from the US, said the company had acquired the technology and “further developed and produced the vaccine”.

Corbevax has shown an efficacy of over 90 per cent for prevention of symptomatic infection against the original Wuhan strain of the coronavirus and over 80 per cent against the delta variant — which had fuelled India’s second wave while spreading worldwide.

Covavax, produced in India by the Serum Institute under a technology transfer agreement with the US-based Novavax, has an efficacy of 90.4 per cent, the ministry said. The World Health Organisation has granted emergency use listing — a stamp of quality and efficacy — to Covavax.