The former has been at the forefront of reporting on the govt's Covid mismanagement and Pegasus snoopgate, while the latter highlighted the Yogi govt's Covid failures 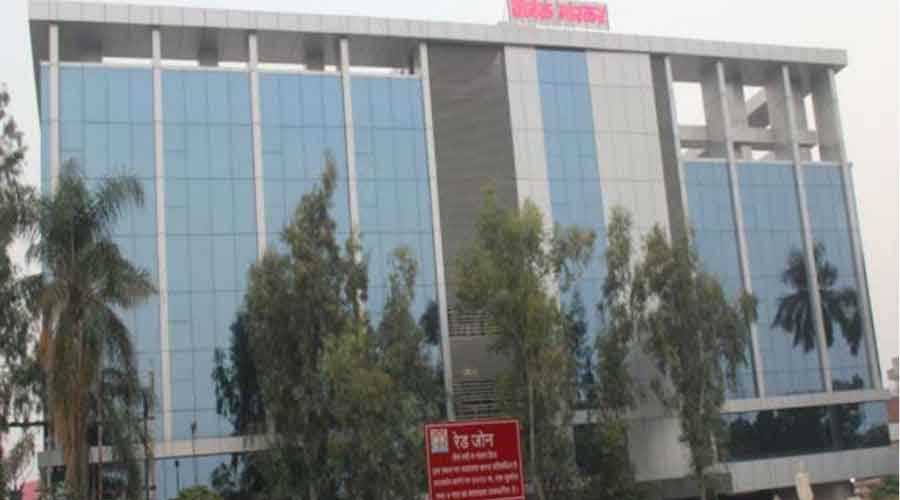 Income-tax officials on Thursday raided across five states the offices of the Dainik Bhaskar, one of the country’s largest Hindi newspaper groups that has been at the forefront of reporting on the Narendra Modi government’s Covid mismanagement and the Pegasus snooping controversy.

Income-tax raids took place also on the Lucknow headquarters of the news channel Bharat Samachar, which has highlighted the Yogi Adityanath government’s Covid failures, as well as the home of its editor Brajesh Mishra and the homes and offices of its promoters.

The raids that began at 7am were still continuing at most of the Dainik Bhaskar offices at 10pm, while those on Bharat Samachar wound up around 8.30pm.

Sources in the income-tax department claimed that the two media houses had been raided for suspected tax evasion. Late on Thursday night, the tax department tweeted that the searches were confined to financial affairs and not linked to editorial content.

Certain allegations have appeared in some sections of media that ITDept officials were suggesting changes in stories &taking editorial decisions during their search on offices of a certain publication.These allegations are absolutely false &are categorically denied by ITDept(1/3)

Dainik Bhaskar, the Bhopal-headquartered newspaper whose sister publication Divya Bhaskar is widely read in Gujarat, remained defiant through the day and ran a social media campaign, saying “the government was afraid of our journalism” and tweeting screenshots of some of the newspaper’s reports on Covid.

It posted a series of tweets in Hindi that said: “I am independent because I am Bhaskar. What shall rule Bhaskar is the readers’ will. Dainik Bhaskar is independent and will always keep on raising its voice in the interests of democracy.

“The government has got scared of true journalism. The income-tax raids on the Bhaskar group are for presenting the actual figures of Covid-related deaths and the dumping of bodies in the Ganga.”

Dainik Bhaskar’s national editor Om Gaur told The Telegraph: “I think the (Dainik Bhaskar) raid is the outcome of our aggressive reporting during the second wave of Covid. Unlike some other media outlets, we highlighted the true picture and reported how people died for lack of oxygen and hospital beds.”

Gaur added: “We will not be scared at these intimidating tactics. We are accountable to our readers and will continue to stand with the truth.”

An opinion piece by Gaur on the Covid deaths was published in The New York Times last month under the headline, “The Ganges is returning the dead. It does not lie”. It said India’s holiest river had become an exhibit for the Modi administration’s failure.

Congress veteran Kapil Sibal used an expression made popular by home minister Amit Shah to put the raid in perspective, tweeting: “Bhaskar Group published two days ago scathing piece on phone tapping and snooping and also referred to a past incident in Gujarat.... IT raids in Ahmedabad, Bhopal etc.... Aap chronology samajhiye!”

IT raids in Ahmadabad , Bhopal etc

On Monday, the newspaper had in an article said that phone-tapping controversies were not new for Prime Minister Modi or Shah. It cited allegations about the tapping of BJP politicians’ and bureaucrats’ phones in Gujarat 15 years ago, when Modi was chief minister of the state.

The Dainik Bhaskar newspaper had in April-May splashed pictures of mass cremations on its front pages, reported on the bodies floating in the Ganga and challenged the official pandemic death figures.

Dainik Bhaskar has also stood out among Hindi newspapers by reporting extensively on the allegations that the government used the Israeli spyware Pegasus to tap the phones of politicians, journalists, rights activists and others.

The newspaper said tax officials had raided the homes of several group employees too and confiscated the mobile phones of staff present in the offices.

Income-tax officials also conducted raids across Uttar Pradesh on people they said were promoters of Bharat Samachar. Among them were Haraiya MLA Ajay Singh of the BJP and liquor contractor Om Prakash Jaiswal.

While the raid was on, the channel ran scrolls saying it would continue showing the “truth” and would “neither bow nor fear”.

The Press Club of India said it “deplores such acts of intimidation by the government through enforcement agencies to deter the independent media from discharging their duty to serve the society”.

This is the second time this year that government agencies have raided media establishments over claims of economic offences. In February, the Enforcement Directorate had searched the office of the NewsClick news portal in Delhi for 37 hours, and also raided the home of its editor-in-chief Prabir Purkayastha.

NewsClick, an investigative news site that faces a Rs 100-crore defamation suit from the Adani group, has extensively covered the protests against the new citizenship regime and the farmers’ movement.

In 2017, the CBI had raided the office of the NDTV news channel and the home of its top executives Prannoy Roy and Radhika Roy.

Bengal chief minister Mamata Banerjee tweeted: “The attack on journalists & media houses is yet another brutal attempt to stifle democracy. #Dainikbhaskar bravely reported the way @narendramodi ji mishandled the entire #Covid crisis and led the country to its most horrifying days amid a raging pandemic.”

The attack on journalists & media houses is yet another BRUTAL attempt to stifle democracy.#DainikBhaskar bravely reported the way @narendramodi ji mishandled the entire #COVID crisis and led the country to its most horrifying days amid a raging pandemic. (1/2)

She added: “I strongly condemn this vindictive act that aims to suppress voices that bring out the truth. It’s a grave violation that undermines the very principles of democracy. Urging everyone in the media to stay strong. Together we shall never let the autocratic forces succeed!”

Congress leader Jairam Ramesh said Dainik Bhaskar was “paying the price” for exposing the government’s "monumental mismanagement" of the pandemic. “An undeclared emergency as Arun Shourie has said — this is a Modified Emergency,” he tweeted.

Through its reporting Dainik Bhaskar has exposed the Modi regime’s monumental mismanagement of the COVID-19 pandemic. It is now paying the price.

An Undeclared Emergency as Arun Shourie has said — this is a Modified Emergency. https://t.co/EVLHGisGTq

Delhi chief minister Arvind Kejriwal tweeted: “The message is clear — those who speak against the BJP government will not be spared.... Everyone should raise their voice against it. These raids should be stopped immediately and the media allowed to work freely.”

“The use of the Pegasus spyware to snoop on Indian citizens and groups endangers Indian sovereignty and it is necessary that the Government of India should intervene decisively and clarify how and why this was done,” a joint statement issued after the meeting said.

Cong: More at stake than one newspaper