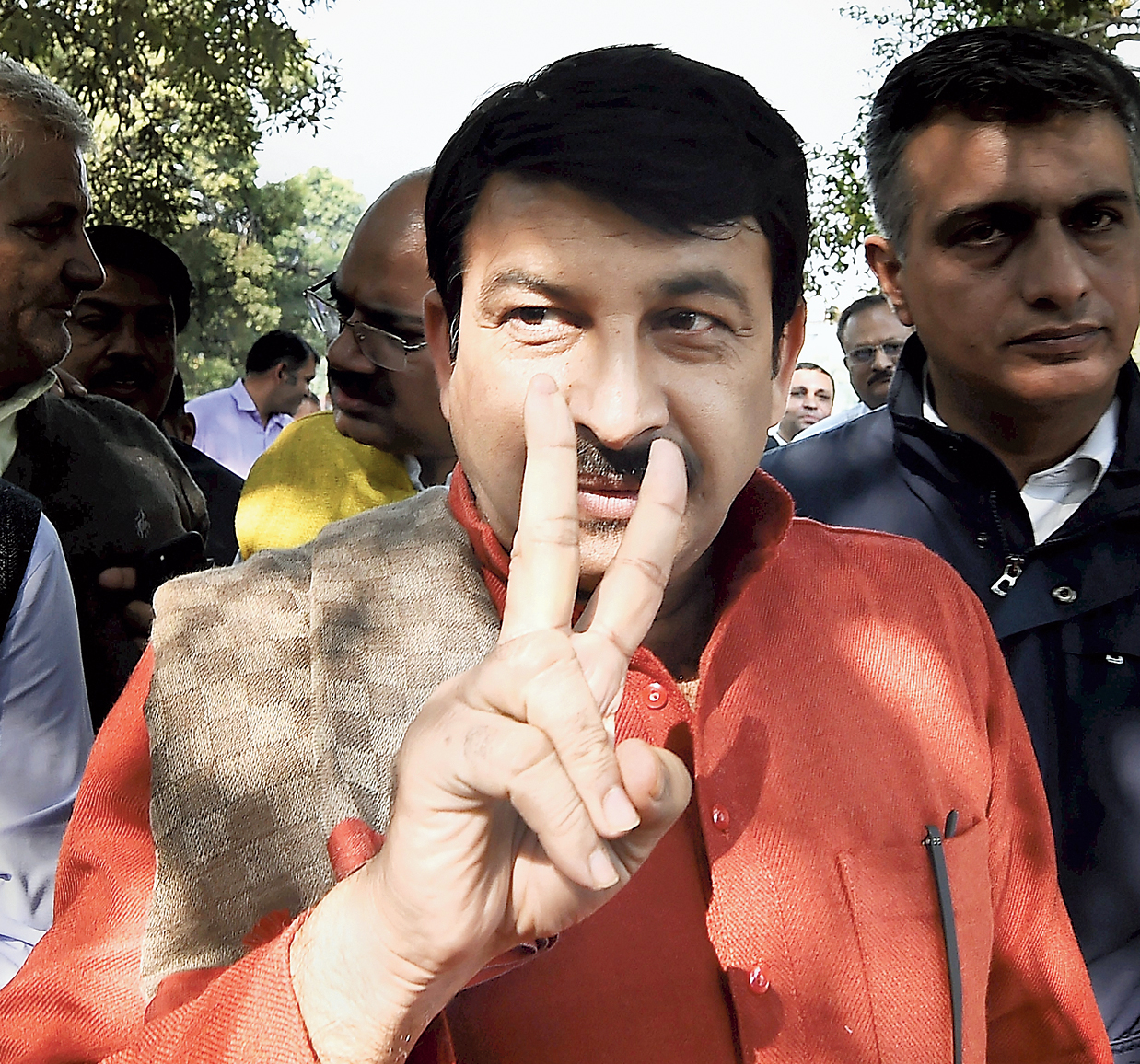 The Supreme Court on Thursday expressed shock and anguish at the behaviour of an MP who had broken open the seal on an illegal property in New Delhi but refrained from punishing him and left it to the “better judgement” of his party, the BJP.

The highest court of the land based its reluctance to take action against Manoj Tiwari on its “shoulders that are broad enough to take criticism in (their) stride”. The Contempt of Courts Act of 1971 entails up to six months in jail and a fine if an accused is found guilty.

The stinging rebuke — the court referred to the MP’s “misplaced bravado” and “chest thumping” — and the gesture of magnanimity were confined to a specific sealing case but they came at a time of rising political rhetoric that borders on defiance of the law.

Some of the recent statements, particularly on the Ayodhya dispute, by politicians in powerful positions have left little to the imagination on their intent if the verdict went against their wish.

Against such a backdrop, The Telegraph is reproducing excerpts from the court’s observations on Thursday although the case was not connected to the temple dispute. But the bench of Justices Madan B. Lokur, Abdul Nazeer and Deepak Gupta did wonder how an elected representative would behave if a mob goaded him or her “to commit a far more serious offence”.

“Shri Manoj Tiwari did take the law into his own hands and broke the seal or tampered with it on the premises of Shri Prem Singh on or about 16 September, 2018.

“We are extremely pained by the machismo and brazen manner in which Shri Manoj Tiwari took the law into his own hands and broke or tampered with the seal on Shri Prem Singh’s premises. We are pained because Shri Manoj Tiwari is an elected MP and hopefully a responsible citizen of Delhi. Should an elected representative of the people defy the rule of law in this manner?

“The consequence of such a behaviour can be devastating in a given situation. For example, if a mob goads an elected MP to commit a far more serious offence, would it mean that the elected representative would act on the instructions of the mob and commit the offence? A large number of such situations can arise on a day to day basis and it is disconcerting to note that an elected member of a responsible political party can succumb to pressure from a mob rather than require the mob to follow the rule of law. In such a situation, the elected representative ceases to be a leader and becomes a blind follower. We need not say anything more on this subject but leave it to the better judgment of the political party to take action against Shri Manoj Tiwari, if so advised.”

(After being summoned by the court, Tiwari had defended himself on the grounds that as an elected MP, he was answerable to the people and that the monitoring committee appointed by the court was running some sort of “racket” to seal select premises. The court rejected the suggestion of a “racket”.)

“We asked learned counsel representing Shri Manoj Tiwari the reason why he had taken the law into his own hands. The reply given to us, on instructions, was rather shocking. We were told that Shri Manoj Tiwari was a popular leader of a political party and on seeing him in that area, a mob of about 1,500 people had gathered and goaded him to break the seal that had been ‘illegally’ put on the premises…. As a result of the pressure exerted upon him by the mob, he broke or tampered with the seal,” the court said.

“What shocked us was the rationale given by Shri Manoj Tiwari, which suggested to us quite explicitly that instead of pacifying the mob and requiring the mob to act in accordance with law, Shri Manoj Tiwari acted irresponsibly by taking the law into his own hands.

“The misplaced bravado of Shri Manoj Tiwari and his chest thumping immediately after the hearing on October 3 (in the contempt case) and making serious but frivolous allegations against the monitoring committee appointed by this court is a clear indication of how low Shri Manoj Tiwari can stoop and displays his total lack of respect for any rule of law. It seems that he is, in a sense, a rebel without a cause….

“The shoulders of this court and the monitoring committee are broad enough to take criticism in (their) stride and therefore we do not intend to proceed against Shri Manoj Tiwari for the reckless statement attributed to him as publicised by the media department of the political party.

“We only hope, as mentioned above, that better sense prevails and undemocratic tendencies are curbed by the concerned political party. The proceedings against Shri Manoj Tiwari are closed.”

Contacted by The Telegraph, the BJP’s Delhi minder, Shyam Jaju, initially said it was not proper for him to comment on a court ruling. Told the court had specifically left it “to the better judgement” of the party to act, Jaju said: “We respect the Supreme Court. If the court has left it to the party, we will definitely consider it.”