Advertisement
Home / India / If meditation becomes a performance, it is a serious issue, says practitioner of 25 years

If meditation becomes a performance, it is a serious issue, says practitioner of 25 years

Many pseudo-yogis go around the countryside making a fast buck, sitting under trees or inside caves, wrapped in saffron cloth 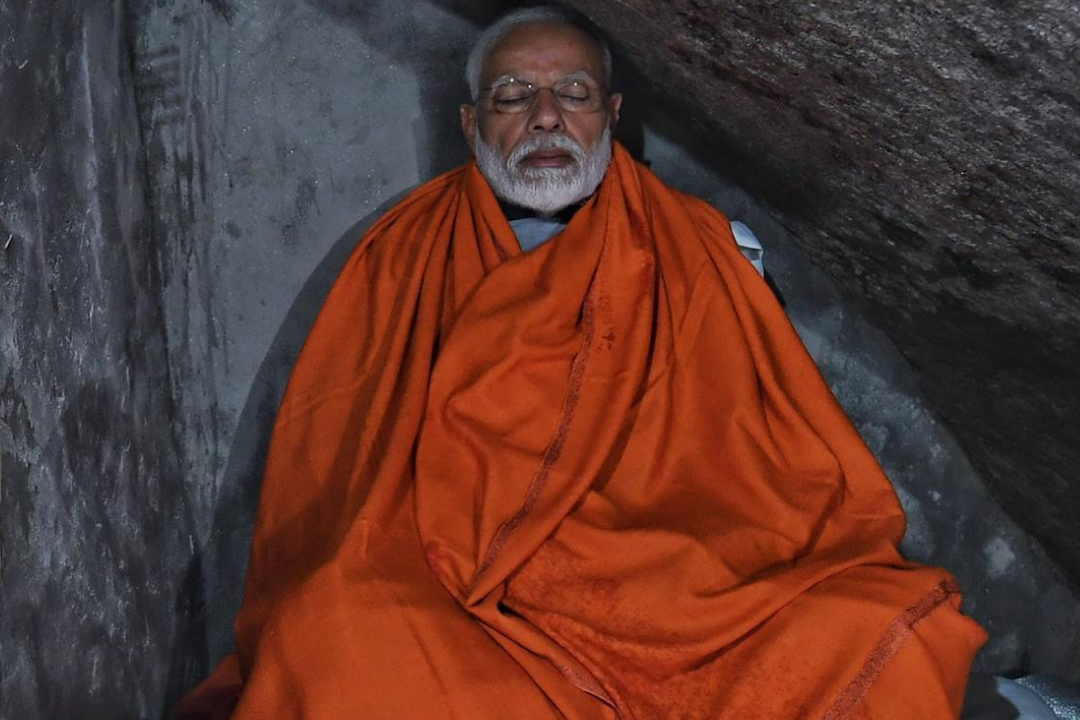 Today (Saturday) is Buddha Purnima. It is The day that the Shakya prince Siddhartha Gautama became enlightened through meditation and became the Buddha. He subsequently taught meditation as an essential tool to achieve liberation from suffering.

We meditate for reasons both practical and profound. Many say that meditation is the process of the mind seeing its own true nature.

The word “meditate” comes to us from the Latin meditari, which means “to think about or consider”. Med is the root of this word and means “to take appropriate measures”.

According to the dictionary, “meditation” means to reflect upon, ponder, or contemplate. It can also denote a devotional exercise of contemplation or a contemplative discourse of a religious or philosophical nature.

In the yogic context, meditation, or dhyana, is defined more specifically as a state of pure consciousness. Yoga is derived from the Sanskrit root yuj, to control, to yoke or, to unite. The term “yoga” occurs for the first time in the Kathopanishad, where it refers to control of the senses and the cessation of mental activity, leading to a supreme state.

In the Yoga Sutras, Rishi Patanjali gives clear instructions on how to meditate and describes what factors constitute a meditation practice. Patanjali states, “yogashchitta-vritti-nirodhah” (1.2), i.e., Yoga occurs when the mind has becomes still.

Nowadays, many people consider the practice of asanas or postures as an exercise regimen or a way to stay fit. And yet, Patanjali and other ancient yogis used asanas, simply to prepare the body for meditation. Posture in yoga should be steady and easy, Patanjali says. He compares this, to resting like the cosmic serpent Ananta, on the waters of infinity.

To sit for a lengthy time in contemplation requires a supple and co-operative body. If one is free of physical distractions such as back ache, or one's foot going to sleep, and can control the body, then one can easily control one’s mind. Patanjali says, “Posture is mastered by freeing the body and mind from tension and restlessness, and meditating on the infinite.”

In popular culture, “meditation” is interpreted in several ways, including, to ponder upon some serious issue. Although a real yogi can meditate anywhere and at any time, if meditation becomes a performance to impress people, about how deeply “evolved” one is, it really is a serious issue in itself, which needs to be meditated upon!

It is a sad sign when pseudo-meditators begin sitting in public, with their eyes closed, but with a calculating and restless mind, playing to the gallery for “effect”.

Many pseudo-yogis go around the countryside making a fast buck, sitting under trees or inside caves, wrapped in saffron cloth, or sometimes even naked, sonorously chanting mantras, and spouting non-experienced, bookish wisdom, greedily waiting for the simple-minded public to pour money onto their feet.

Sadly, this is not where it stops. In India, the elections bring about religious fancy-dress parties! The religious garb has become a foolproof means to garner votes as well!

Meditation, or dhyana, is an intimate, inner experience, not to be publicly displayed. It is the seventh stage, or limb, of the yogic path and follows 'dharana', or concentration. Dhyana precedes 'samadhi', the state of final liberation or enlightenment, the last step in Patanjali's eight-limbed system. These three limbs - dharana (concentration), dhyana (meditation), and samadhi (ecstasy) - are inextricably linked and collectively referred to as 'samyama', the inner practice, or subtle discipline, of the yogic path.

Basic Buddhist meditation also comes down to two fundamental practices: concentration and insight. These are also called mindfulness and awareness. Many Buddhist terms viz., shamatha, vipassana, zazen, vipashyana, mindfulness, awareness, calm-abiding, insight, etc., are names for one or both of these practices.

Meditation practices, as per Vedic traditions, emphasise that dhyana is not merely to attain a quiet mind and for deriving anti-stress benefits, although relaxation is significant by product. The rishis have reiterated that meditation is not concentration, although concentration is a significant by-product of meditation. Additionally, regular meditating brings out certain positive traits, like friendliness, steadiness, compassion, and joy.

(Deepam Chatterjee, a retired army captain, has been a practitioner and teacher of various meditation traditions for 25 years. He can be contacted on deepamchatterjee@yahoo.co.in)