Advertisement
Home / India / Ideal if an officer, not a minister, makes announcements: Ex-CEC

Ideal if an officer, not a minister, makes announcements: Ex-CEC

Unavoidable announcements once the model code of conduct has kicked in should ideally be made by an official: former CEC 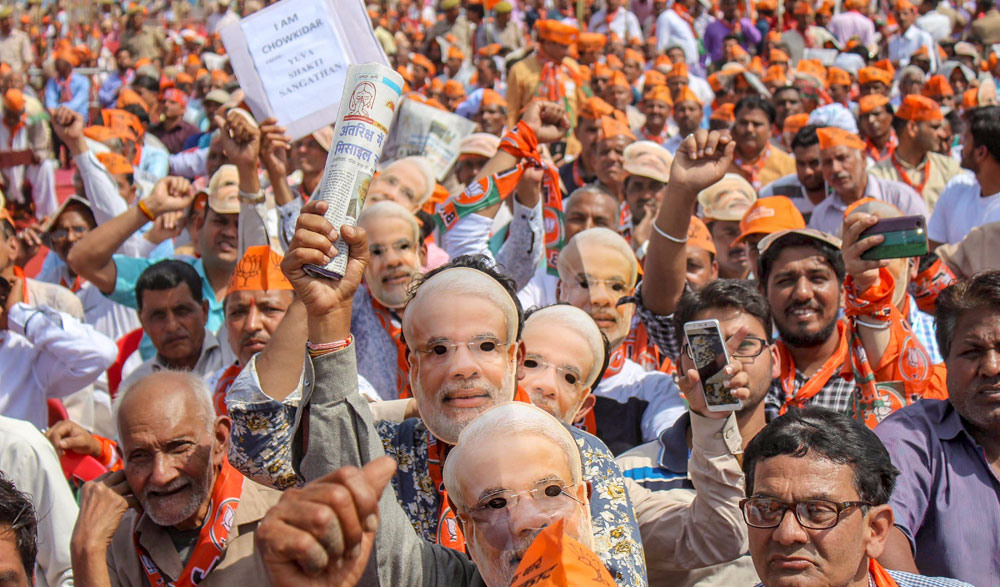 Former chief election commissioner S.Y. Quraishi has said that any unavoidable announcement once the model code of conduct has kicked in should ideally be made by an official and not the minister so that political advantage is neutralised.

During a panel discussion, The Telegraph had asked Quraishi how he would have responded had he been the poll boss when Prime Minister Narendra Modi addressed the nation on Wednesday to announce the anti-satellite mission.

The highly respected former election chief, who headed the commission between 2010 and 2012, said he would not go into the specific case.

But Quraishi explained: “During the model code of conduct, no new announcement or scheme can be introduced that can influence voters. When any proposal comes, we see whether this can wait. If yes, then make them wait….

“Suppose it cannot wait, and it is prescheduled… don’t inconvenience the public. An officer will do it and not the minister so that political advantage is neutralised.”

Quraishi added: “If any important announcement has to be made, in my experience… I have seen that the PMO asks whether they can do so, ‘will there be a problem?’ Because no PM wants to be embarrassed…. These announcements (of successful missions) were being made by the DRDO (Defence Research and Development Organisation) in any case.”

Later, current deputy election commissioner Sandeep Saxena said the Election Commission’s permission had not been sought for the Prime Minister’s address on Wednesday.

A few hours earlier, Prime Minister Modi had formally kicked off the election campaign by literally thumping his chest and declaring: “Zameen ho, aasmaan ho, ya phir antariksh — surgical strike ka sahas aap ke iss chowkidar ke sarkar ne dikhaya hai (Whether it is land, air or space, it is the government of this chowkidar that has shown the courage to launch surgical strikes).”

No prizes for guessing the Prime Minister was referring to the two strikes across the Pakistan border after the Uri and the Pulwama attacks and Wednesday’s “Mission Shakti” announced by him during the address to the nation.

After the back-to-back statements — one through the address to the nation and the other on the campaign trail — little doubt now remains that the Prime Minister had made an election-related announcement on Wednesday, although technically the government can claim it was a security message immune to the model code.

A committee of officers, set up by the Election Commission to examine the Prime Minister’s action, is expected to submit its report on Friday.

Legal opinion apparently received by the government has been that the address would not come under the code. But Modi’s aggressive speech a day later, using the anti-satellite mission to revive the post-Balakot plank of muscular nationalism that appeared to be fading, raises ethical issues.

Saxena, the deputy election commissioner who heads the probe committee, told reporters that the panel had met twice since Wednesday night. The panel has received replies to questions put forth to Doordarshan and All India Radio.

Some government officials pointed out that the Doordarshan logo did not feature on the screen while the Prime Minister addressed the nation, suggesting that the national broadcaster was merely covering a news event and hence it does not fall within the ambit of the model code.

But the Print, a news portal, reported that DD News had filmed the Prime Minister’s address. In any case, regardless of whether the logo was there or not, the wide reach of Doordarshan would have ensured that the address reached almost every nook and corner in the country.