Files and note sheets have always been written largely in English, officials said 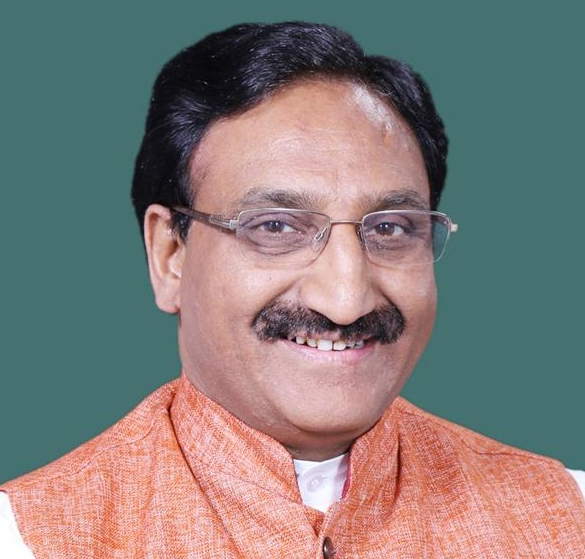 Human resource development minister Ramesh Pokhriyal Nishank has got an order issued saying all the files and note sheets forwarded to him must be in Hindi, the directive coming within 10 days of his appointment.

The order, issued by the higher education department last month, has left a large section of ministry officials in a flutter. Files and note sheets have always been written largely in English, they say, adding that not all of them have the proficiency in Hindi to be able to write in the language.

Nishank’s move came days after his ministry had issued a clarification to allay the southern states’ fears of an imposition of Hindi on their schoolchildren, following the publication of the new draft National Education Policy.

According to the Official Languages (Use for Official Purpose of the Union) Rules, “an employee may record a note or minute on a file in Hindi or in English without being himself required to furnish a translation thereof in the other language”. Both Hindi and English are official languages of the Union.

The rules also say that the Centre may specify offices where Hindi alone would be used for noting, drafting and other official purposes provided these offices have enough employees who are proficient in Hindi.

This means the employees must have passed the matriculation or an equivalent or higher examination with Hindi as the medium of examination, or they must have taken Hindi as an elective subject in their degree exam.

An email sent to the ministry last month seeking its perspective on the problems arising out of the order to draft Nishank’s files in Hindi had evoked no response till Saturday evening.

The original draft National Education Policy had proposed the teaching of three languages across the country’s schools, with Hindi a compulsory subject in Classes VI to X.

When Tamil Nadu and Karnataka erupted in protest, the draft was modified to drop the part on Hindi being compulsory and the ministry clarified that no language would be imposed on any state.

If Hindi is Nishank’s preferred language for files, Sanskrit is another tongue he wants to promote as a spoken language.

After Nishank met the heads of central language institutions under his ministry here last month, a Press Information Bureau release said: “The minister stressed on creation of at least two Sanskrit-speaking villages near the Sanskrit institutions in the country.”

This means that the Sanskrit deemed universities — two in Delhi and one in Tirupati, Andhra Pradesh — and perhaps their branches, will be encouraged to develop two Sanskrit-speaking villages each, officials said.

“The minister emphasised that to promote (the) Sanskrit language, more highly qualified Sanskrit teachers/professors should be engaged to give new dimensions to the language both at (the) national and international level,” the release said.

It quoted Nishank as saying the government wanted to promote all the Indian languages and would try to fill all the language-teacher vacancies in colleges and universities.

A teacher from the department of endangered languages at a university, who didn’t want to be named, said the minister seemed to have an agenda of spreading Hindi and Sanskrit.

“What benefit is achieved if the people of two villages achieve proficiency in speaking Sanskrit? Can India become a Sanskrit-speaking country?” the faculty member asked.

“Sanskrit is a library language today. People can read it, research it and extract knowledge from it, but it has no relevance beyond this.”