Steny Hoyer, the majority leader of the US House of Representatives, quoted Mahatma Gandhi and Nehru in his address 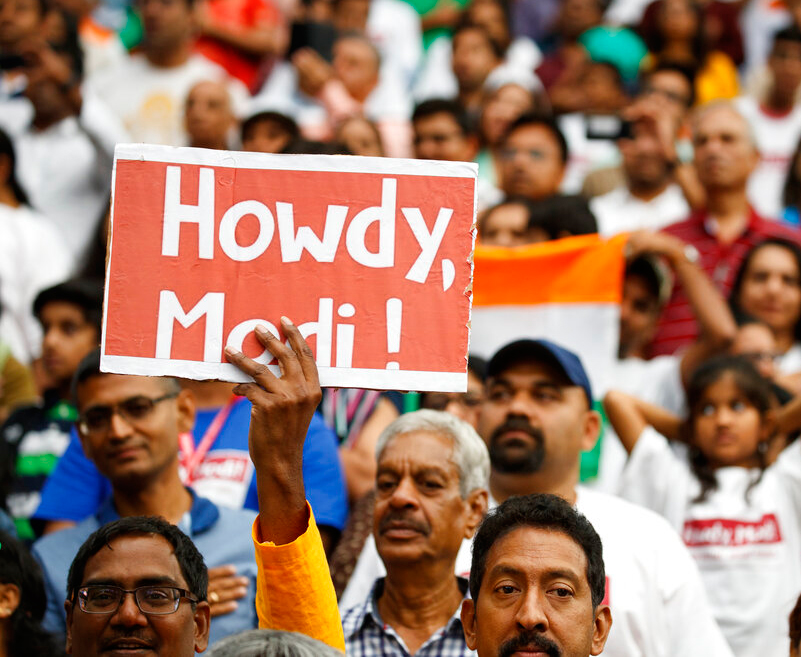 Everything went according to script at the “Howdy, Modi” event in Houston on Sunday with one exception — Prime Minister Narendra Modi was reminded on stage about Jawaharlal Nehru’s vision for India and the first Prime Minister’s “A Tryst with Destiny” speech.

Steny Hoyer, the majority leader of the US House of Representatives, quoted Mahatma Gandhi and Nehru in his address.

“India, like America, is proud of its ancient traditions to secure a future according to Gandhi’s teaching and Nehru’s vision of India as a secular democracy where respect for pluralism and human rights safeguard every individual,” Hoyer said.

The US leader also recalled that Nehru had, in his midnight hour speech at India’s Independence, spoken of Gandhi’s ambition “to wipe every tear from every eye” and that “as long as there are tears and suffering, so long our work will not be over.”

Modi, whose government’s habit of blaming Nehru for all problems has been the inspiration for countless memes, stood by impassively. Hours earlier, home minister Amit Shah had told a rally in Mumbai that had it not been for Nehru, there would have been no Pakistan-occupied Kashmir.

Hoyer recalled that Gandhi had defined democracy as “something that gives the weak the same chance as the strong” and that US President Abraham Lincoln had called for “malice towards none” and “charity for all”.

India and the US, Hoyer said, “hold the same truth to be self-evident — that all are created equal, endowed by their creator with the same right to strive for a better life.…”