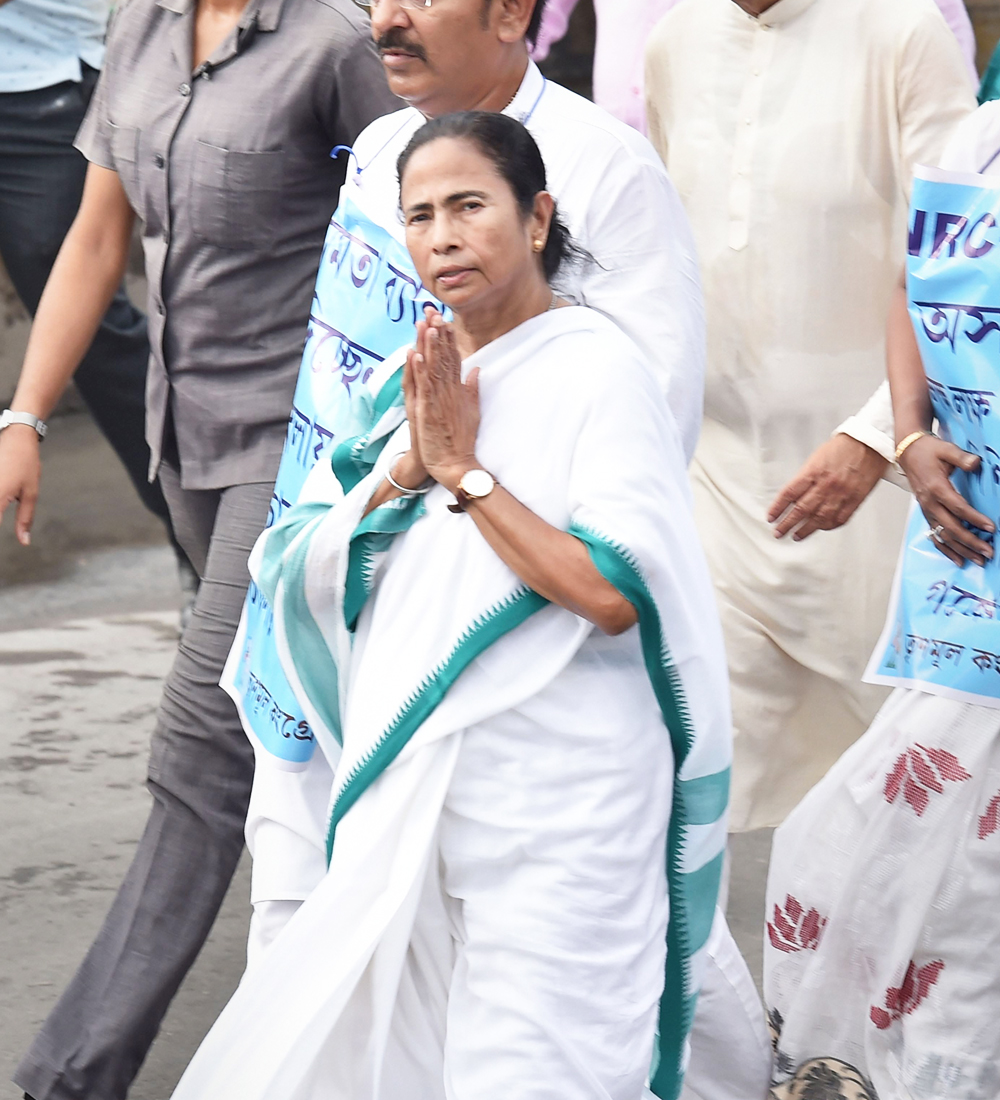 An unexpected meeting has been scheduled in New Delhi between Mamata Banerjee and Narendra Modi on Wednesday afternoon following a request from the Bengal chief minister.

If the meeting takes place as scheduled, it will be their first formal interaction since Modi returned to power with a spectacular mandate.

Sources in Nabanna said the chief minister’s office had sent a letter seeking an appointment with the Prime Minister. The confirmation arrived on Monday. The meeting is scheduled for 4.30pm on Wednesday.

Sources close to the chief minister said she was likely to raise with Modi issues such as the National Register of Citizens, the bank merger that has a bearing on Calcutta, the proposed divestment in some PSUs and the proposal to rename the state.

The state Opposition was quick to cry foul, smelling a link between the trip and the CBI’s renewed interest in former Calcutta police commissioner Rajeev Kumar in connection with the Saradha case after a court order last week. But government sources argued that a breakdown in communication between the chief executives of the state and the country was not good for governance.

Congress leader Adhir Chowdhury, who rarely misses a chance to needle Mamata, speculated: “She has already completed all development work in the state. So, why is she suddenly meeting the Prime Minister to discuss development issues of our state? Isn’t it an effort to save Rajeev Kumar?”

Senior minister Subrata Mukherjee dismissed such theories: “We always hear criticism from the Opposition parties that she is not meeting the Prime Minister to talk about the state’s development projects. And now that she is actually going to meet Modi, the Opposition is still critical of it.”

An official said Mamata was concerned about the plans to divest the government stake in Air India and some other public sector units. “Many employees of these units had recently met the chief minister and aired concern about their job security. She is set to convey the concerns of the employees to the Prime Minister,” the official said.

“One can’t predict what it would yield, but it’s good that the two are meeting,” another senior bureaucrat said.

“Lack of communication between the two leaders was coming in the way of the Centre-state relationship,” the official said, adding that the state was being forced to bear additional financial burden for running schemes similar to those operated by Delhi.