Advertisement
Home / India / How riots are affecting circumcision in Calcutta

How riots are affecting circumcision in Calcutta 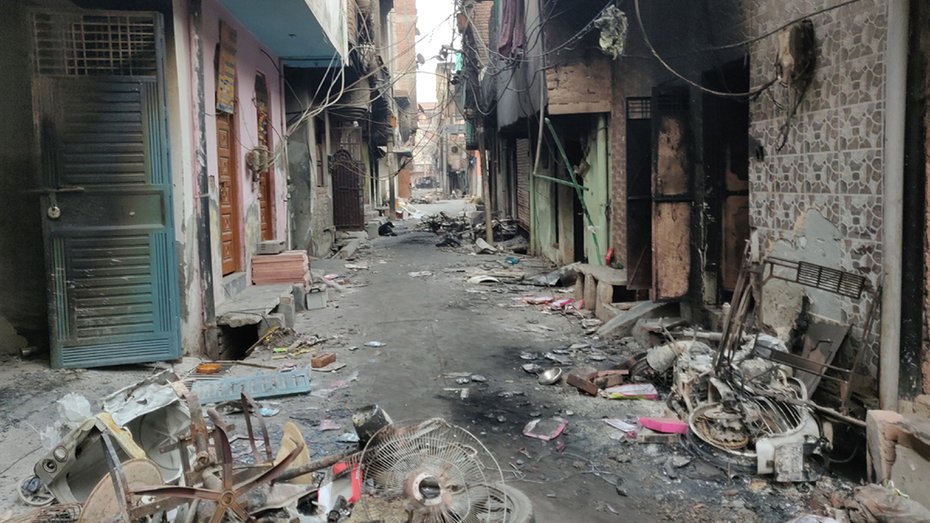 February 2002, Ahmedabad: Armed rioters heard the name of a journalist wrong and wanted to check his religious identity. They asked the New Delhi-based journalist to drop his pants and allowed him to go only when they found he was not circumcised.

February 2020, New Delhi: A journalist with a Hindi news portal was assaulted in riot-hit Maujpur in northeast Delhi and forced to drop his pants to check if he was circumcised. Rioters in Maujpur had also threatened to take the pants off a photojournalist to confirm his religion before he was let off.

Last Sunday, the unspeakable depravity that unfolded on the streets of Ahmedabad and Delhi gate-crashed a doctor’s cabin in Calcutta and preyed on a mother’s worst fears.

The paediatric surgeon, Subhasis Saha, had conducted a procedure called circumcision on the woman’s child for medical, not religious, reasons.

The surgeon had explained to the family, who does not belong to any religion that mandates circumcision, that surgeries for phimosis are performed through either of the two procedures — circumcision or preputioplasty.

“Preputioplasty helps retain the foreskin which is lost in the case of circumcision. But preputioplasty is far more challenging than getting rid of the foreskin. It involves curing the foreskin, saving it and ensuring that the situation does not recur warranting another procedure later,” the surgeon explained.

That Sunday, the surgeon had to perform two surgeries for phimosis in the Calcutta hospital. “Both the patients were from a community that doesn’t mandate the procedure. For one child, I could undertake preputioplasty. However, for absolute medical reasons, circumcision was the only way out for the other kid,” Saha recounted.

“When I told the child’s mother that I had to opt for circumcision, her face fell,” the surgeon said.

“The woman’s brother told me that his sister was worried about the operation ever since she read reports about the two journalists who were caught in the recent riots and the way they were made to prove their religious identity,” Saha said.

He added: “A socio-political crisis has come to influence a medical intervention.”

“It has not been many days since the northeast Delhi riots, but it has already left an indelible scar on the minds of parents of kids who have been advised surgery for phimosis. The parents are worried because their religion do not require them to undergo the process, but it has to be done for pure medical reasons. They have already worked the Internet and are suggesting that I undertake preputioplasty,” the surgeon added.

For medical reasons, more than 2,000 circumcisions, including on adults, are performed by general surgeons, urologists, paediatric and plastic surgeons every month in Calcutta and its surroundings alone, doctors said, adding that it was a conservative figure.

The Sunday incident does not appear to be an isolated one.

Another doctor who also performs surgeries for phimosis but didn’t want to be named said: “In the past few weeks, a couple of parents have approached me with requests to retain the skin. In our WhatsApp group, doctors are debating this trend with concern.”

Uday Shankar Chatterjee, who pioneered preputioplasty in the city a little over two decades ago, said: “When I had started the procedure, it was about saving the prepuce or foreskin for medical reasons. In the context of the Delhi riots, it gives a new dimension to the procedure.”

A Calcuttan whose son had to undergo the procedure a few years ago recalled: “It was after the Gujarat riots but it did not even occur to me then that what some thugs did there will have any bearing on my child here in Calcutta. My son’s health was my sole concern.”

“When the doctor recommended circumcision for my son, I readily agreed. Now, I think what has happened to our country of late is making us fear that such horrors need not be confined to distant places. They can happen anywhere now,” he added.

Sociologist Surajit C. Mukhopadhyay said: “This shows how innocent people are getting drawn into the vortex of fear and that they are trying to build a defence mechanism in a possible riot situation.”

He pointed out: “The parents are aware that scientific explanation will not wash with the bloodthirsty mob. So, they are trying to keep their children safe.”

Mukhopadhyay added: “People who are not honed into the majority and minority binary are trying to publicly show their allegiance to the majority out of fear. This is almost a reflection of what thousands of Germans did when they displayed their support for the Nazis. Fear has overtaken democracy, and civil edifices are being systematically destroyed. We are being pushed back to an era we had supposedly left long ago.”

Psychologist Mohor Mala Chatterjee echoed Mukhopadhyay. “Such actions of parents show how deep the threat runs. Whether children or adults, the anxiety over the medical process will definitely weigh negatively on their mind.”