How Kashmir is printing dailies 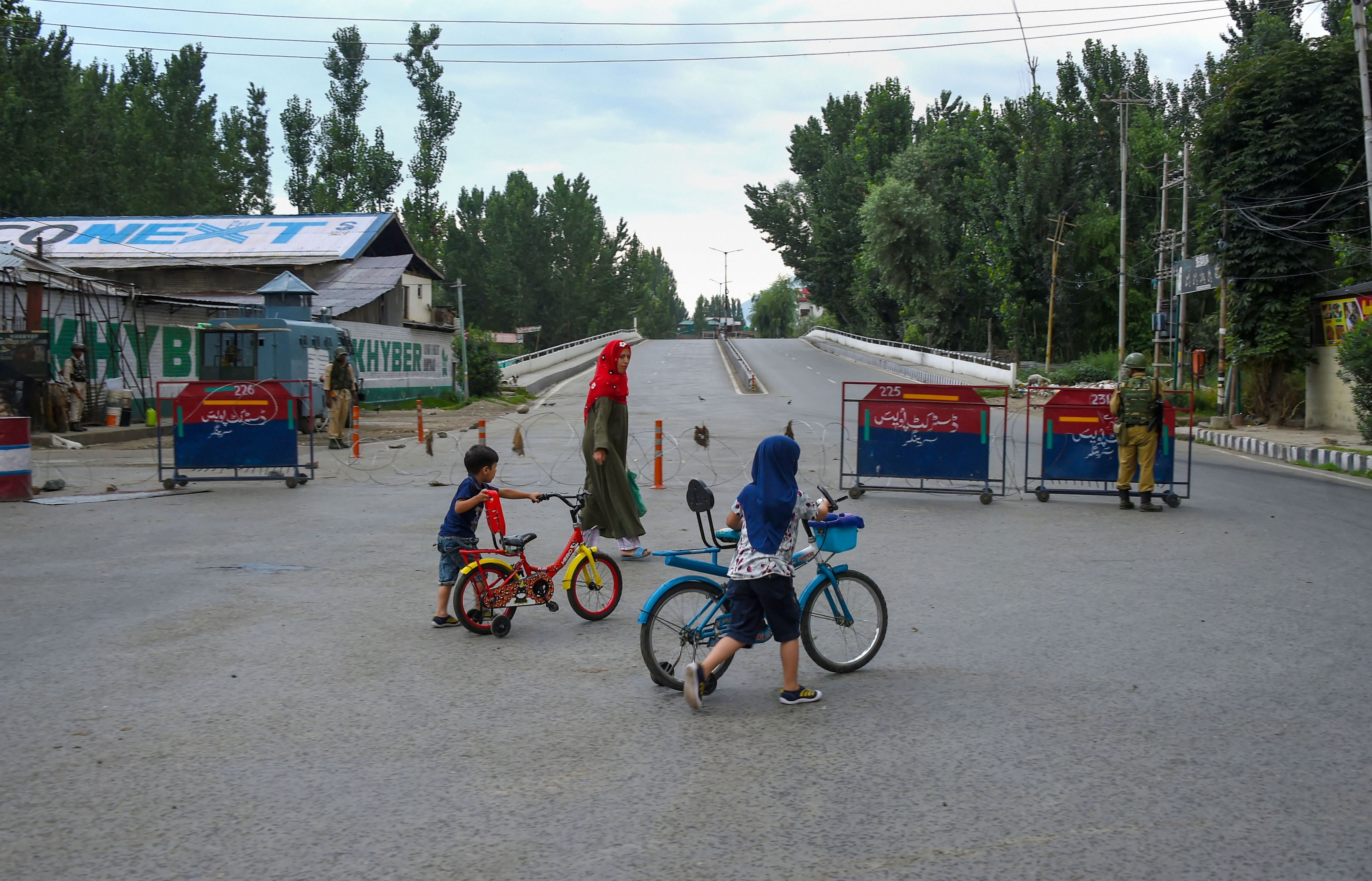 Ever since efforts to revoke Kashmir’s autonomy were kicked off last week, Raja Mohi-ud-din, an editor at one of the few Kashmiri newspapers still operating, has been starting his days extremely early.

At 2am, he jumps on his motorcycle with a hard drive in his pocket and zooms down Srinagar’s back alleys, the roar of the bike’s engine echoing against the tight brick walls.

He weaves around coils of barbed wire, past stones lying in the road from recent protests, past all the dark houses, eyes peeled for soldiers.

His workers cannot get to the printing press — they live deep in neighbourhoods totally cut off.

There is no way to electronically transmit data to the printer — the government has shut down mobile, Internet and landline connections.

So Mohi-ud-din hand-carries the next day’s news to the presses and operates the hulking machines himself, something he has never had to do before.

At 5am, he emerges, sometimes with a make-do edition that is sometimes just one sheet of paper (two sides).

But he says a crowd always awaits him, the bearer of practically the only journalism available.

Television news channels, which were allowed to broadcast news of the cancelled autonomy, were later taken off the air.

“People are desperate to see a newspaper,” Mohi-ud-din said. “The other day I sold 500 copies in five minutes.”

Kashmir’s journalists are striving to rise to the occasion and simply hold on in the face of one of the most severe clampdowns this predominantly war-torn region has faced.

At a news conference in New Delhi, Indian officials asserted that most of Kashmir was returning to normal. They continued to deny that any shots had been fired by security forces during last week’s protests even though a widely viewed BBC video shows thousands of demonstrators running through the streets of Srinagar on Friday as automatic gunfire erupts.

Questioned about the video, a senior Indian official grew irritated.

Now, out of the 50 or so well-known Kashmiri newspapers, only about half a dozen are still publishing. They put out thin paper editions, a maximum of eight pages, that are quickly bought and then passed hand to hand for the rest of the day.

The reporters have no access to the news wires or social media. They cannot fact check anything online or make phone calls. They do their work the old-fashioned way, with notebooks and pens.

Each morning, they move out in packs of six or eight on motorcycles into Srinagar’s neighbourhoods to chase down the news face to face, whether a street protest, a gas shortage or the arrest of a politician. In the past week, hundreds of people have been detained.

Many journalists end up sleeping on the newsroom floor. Often, because of checkpoints, it is impossible to get home.

They are used to danger — over the years several Kashmiri journalists have been killed and many arrested. But the information blackout is new.

“We don’t know what’s happening out there,” said Faisel Yaseen, a political editor at the Rising Kashmir newspaper, which puts out about 1,000 copies a day. “We are living in a dark room where access to accurate information comes from a hole, which is very small.”

The Indian authorities have called the communications restrictions necessary to prevent civil disorder, but have also said that they plan no action against the few newspapers still printing.

Still, the editor of the Kashmir Times, one of the oldest papers in Kashmir, has filed a challenge at India’s Supreme Court, asserting that the restrictions violate free speech and therefore are unconstitutional.

It is unclear how long Kashmir’s journalists can hold on, since printing a newspaper requires paper and ink.

Mohi-ud-din, the editor who rides to the printing press in the wee hours of the morning, said he was not so worried.

“But,” he allowed with a slight frown, “it’s never been this bad.”

Anger is growing, residents say. Journalists are surrounded by violent clashes, even when not seeking them.

On Friday afternoon, Sameer Bhat, a newspaper designer, was preparing to report to work. Be careful, his mother said: Stone throwers are fighting the police, just up the road.

As Bhat stepped outside, he said, shotgun blasts rang out. Security officers in Kashmir use shotguns to control crowds; hundreds of young Kashmiris have been blinded by shotgun pellets.

Bhat tried to cover his eyes. He was hit in the face and stumbled down.

The next day, soon after he was discharged from the hospital, he showed up in the newsroom with two black eyes.

“I had a newspaper to design,” he said.

Kashmiris have been frightened, angered and confused by the turn of events. They feel sealed off. They want news.

“These two pages are my only window to the world,” he said.