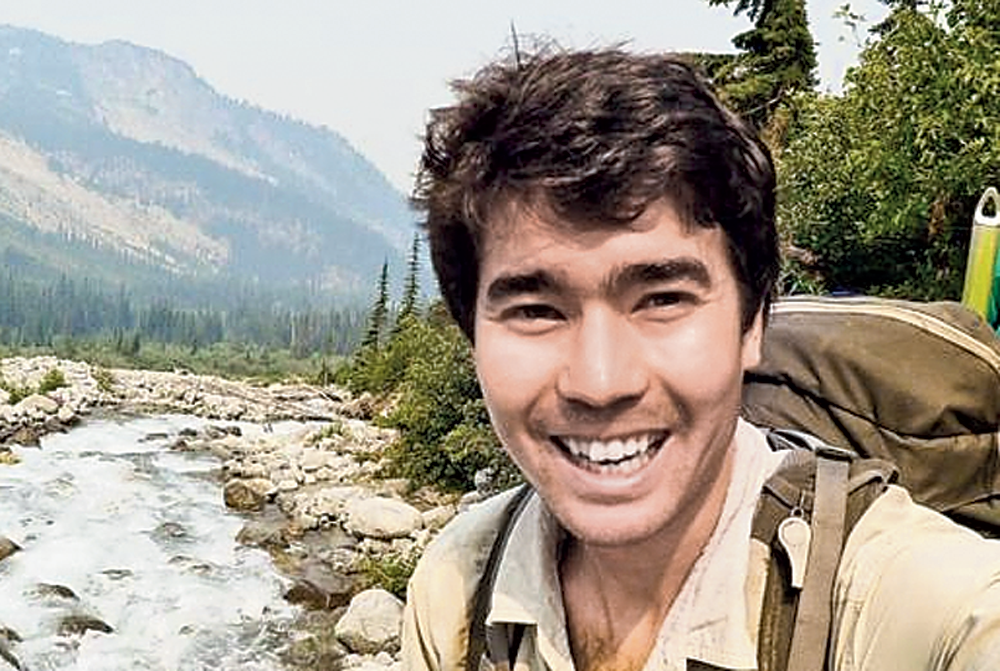 American visitor John Allen Chau, killed by Andamans tribesmen isolated from the world last week, has in some of his last diary entries described evading coastguard and navy patrols and reaching close to the North Sentinel island under the cover of darkness on November 14 night.

“Anchored successfully last night with the friend on the boat, waiting to make contact,” a page from the journal, showing a November 15 entry and provided by the local police to The Telegraph, says.

This appears among his last entries before he was killed --- when he entered the island a second time on November 16. He had fled on November 15 after his copy of the Bible took an arrow hit and saved his life, a report in The Daily Mail said quoting from another page of his diary.

The fishermen who brought him saw his body lying on the shore on November 17 morning, Andaman and Nicobar police chief Dependra Pathak said.

Chau, who one police officer said was a paramedic, was killed by a community of hunter gatherers who live on the North Sentinel, where visitors are not allowed.

He had reached the island early on November 15 with the help of a local contact person, whom police have identified as a Keralite named Alex KS, and a group of fishermen. “God Himself was shielding us from the Coast Guard and Navy patrols,” Chau wrote.

State police said they had arrested Alex and two fishermen and would question them.

The journal reveals that Chau, Alex and the fishermen entered a cave before he swam to the island. He also dived into the shallows and caught pelicans.

“At 4.30am (November 15) we entered the cave and as the sun began to light the east above the island, me and two of the guys jumped in the shallows and brought out two pelicans. The dead coral is sharp and I already got a slight scratch in my right leg,” Chau wrote.

At the end of the page, Chau mentioned he could see the North Sentinel island and was waiting for the tribesmen to come to the shore.

The Daily Mail, which described Chau as a Christian missionary, said he had had a lucky escape soon after.

“Well, I’ve been shot by the Sentinelese…. By a kid probably about 10 or so years old, maybe a teenager, short compared to those who looked like adults,” it quoted from the journal. “The little kid shot me with an arrow -- directly into my Bible which I was holding at my chest.”

Police sources said Chau had taken along gifts of football and fish but threw those towards the tribesmen and fled, before attempting the second entry.

“He had camouflaged his journey as (one meant for) deep sea fishing to avoid the coastguard and the navy. In his journal he described himself as a misdirected adventurer,” said Pathak.

He added that Chau’s father was a doctor and his mother a lawyer but clarified that the police were yet to contact the family.

Pathak said Chau’s body was yet to be retrieved. “We have sought help from the Anthropological Survey of India, and will draw up a plan on accessing the island.”

Union home ministry sources said Chau was an adventure sports enthusiast and there was no evidence of him being an evangelist.

He didn’t inform the foreigners’ regional registration officer or local authorities before venturing out to North Sentinel, they added.

American death in Andaman: A 'misdirected adventure' on a forbidden island