How attention has been shifted to the road in Shaheen Bagh

An overview of Delhi's GD Birla Marg, the road on which the vigil is being held 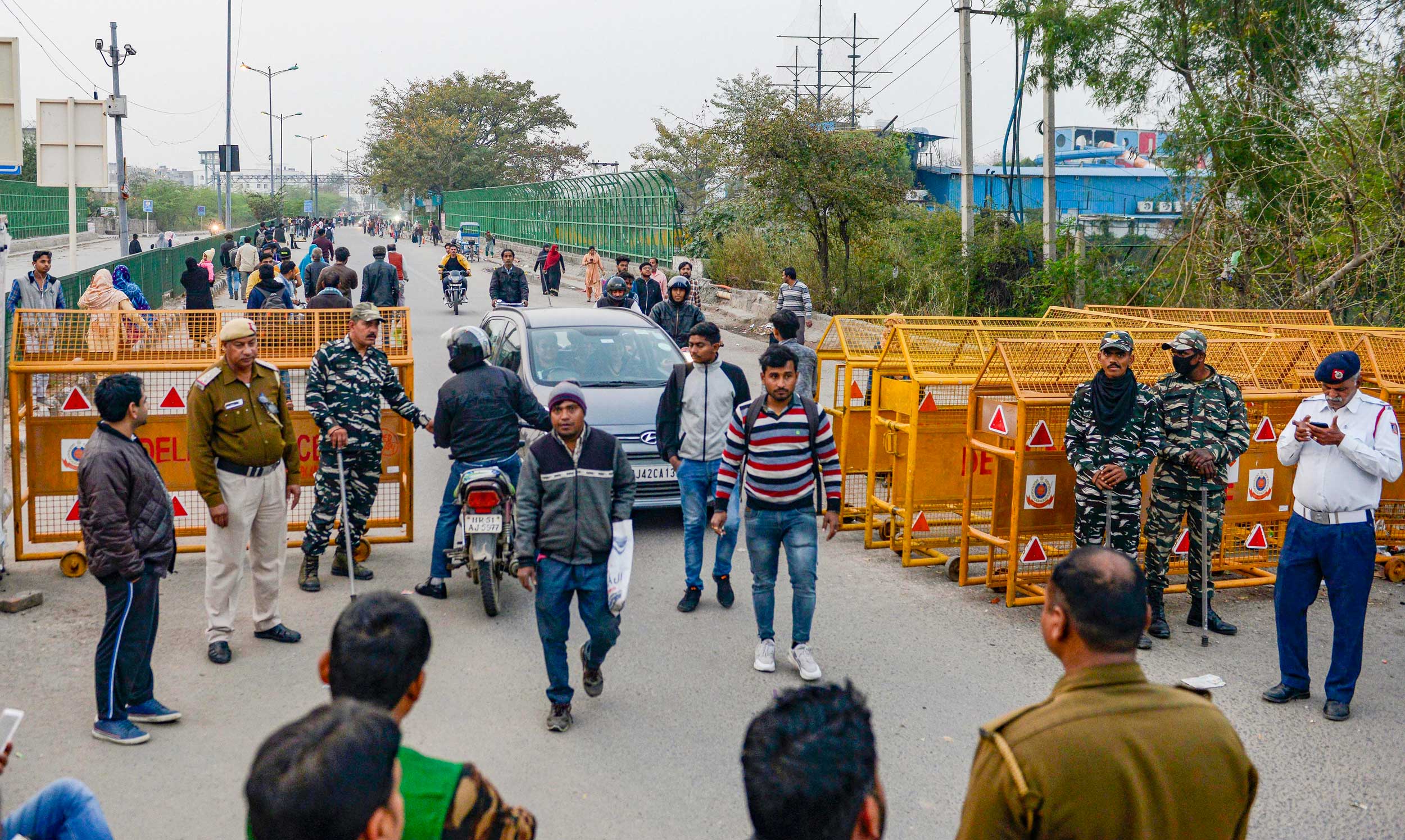 Critics of the Shaheen Bagh vigil, the longest running protest against the Citizenship Amendment Act, have been drawing attention to the plight of commuters. The traffic issue has reached the Supreme Court, which is scheduled to resume hearing on Monday. The Telegraph brings you an overview of the capital’s GD Birla Marg, the road on which the vigil is being held.

⚫ Why is GD Birla Marg important?

The road links south Delhi with Noida, the sprawling township that is located in Uttar Pradesh but is inseparable from Delhi.

⚫ How many barricades have been put in place?

Seven, on the stretch on which the

Shaheen Bagh vigil is being held. If the barricades put up by Uttar Pradesh police across the Yamuna river on the east are counted, the number will go up. Two of the barricades on the east had been lifted by the protesters on Saturday but UP police continue to block the roads on the other side of the Yamuna.

⚫ Who put up the barricades?

Delhi police. But five of the seven barricades were controlled by the protesters, with the police monitoring matters. The protesters allow ambulances and school vehicles to pass.

⚫ Why were the barricades placed?

The police say the barricades are meant to prevent a gridlock that can cripple traffic across south Delhi and Noida. If vehicles are allowed in, they will not be able to pass the protest tent, leading to long snarls, the police say.

⚫ Is there substance in what the police say?

It is true that any hindrance to smooth flow of traffic can cause huge snarls in a vehicle-saturated city like New Delhi. But it is not clear whether the police have really tried to explore alternatives to the barricades.

The protesters and several members of civil society feel the police have deliberately barricaded the road to foment discontent among commuters and confront a constitutional matter with a civic issue that has an immediate bearing on the people and is, hence, difficult to object to per se.

PTI reported on Sunday that former chief information commissioner Wajahat Habibullah, an intervener in the case who has visited the site, has informed the Supreme Court that the Shaheen Bagh protest was peaceful, and the inconvenience being caused to the commuters was because of the barricades “unnecessarily” put up by the police on roads far away from the site.

Contacted by this newspaper, Habibullah said he would file the affidavit on Monday and it would be discourteous to the court if he discussed it beforehand.

The PTI report quoted Habibullah as saying in the affidavit: “It is these barricading of unconnected roads that has led to a chaotic situation.”

If the barricades are removed from the 10 points he has mentioned in the affidavit, “the chaos complained of in the petition would cease”, the news agency quoted Habibullah as saying in the petition.

Social activist Syed Bahadur Abbas Naqvi and Bhim Army chief Chandra- shekhar Azad have alleged that one of the petitions against the vigil has been filed by lawyer Amit Shani, who is an active member and supporter of the BJP posing as a concerned citizen. Shani’s place of residence, office and direct route of daily commute are nowhere near Shaheen Bagh, PTI quoted the two as saying in an affidavit.