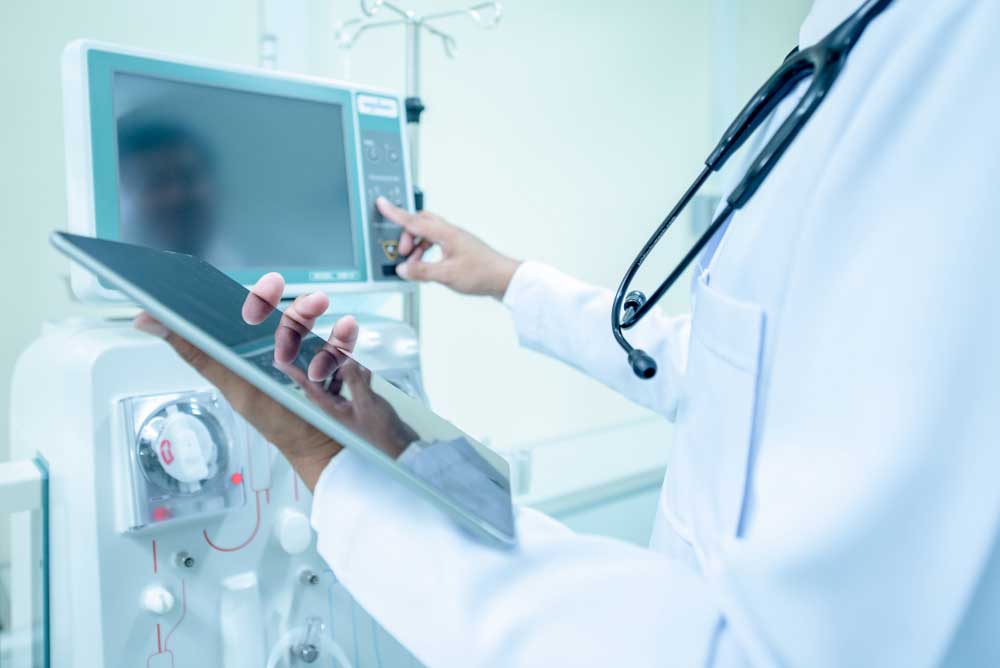 An elderly patient who needed regular dialysis died in Cuttack on Friday after a local private hospital allegedly refused to treat him because he was a Muslim.

Mangalabag police station in Cuttack acknowledged receiving an online complaint from Hyderabad on Saturday against the Shanti Memorial Hospital.

“No one turned up physically to lodge the complaint. The complaint was filed from Hyderabad online. We will entrust one of our officers with investigating the matter,” inspector-in-charge Amitav Mohapatra told The Telegraph.

Complainant Sayed Hasan has told the police he lost his father because of the hospital’s persistent refusal to undertake his dialysis just because the “patient is Muslim”.

Hasan also posted a tweet, saying the hospital had turned his father away saying “Muslims are the source of Covid-19”. Such an allegation has been propagated by a section of Right-wing social media users referring to a Tablighi Jamaat congregation in Delhi last month, although a body of scientists has said data released till Friday do not support the claim.

Subhransu Bagchi, member of the hospital management committee, told The Telegraph the “allegations are baseless”.

In his police complaint, Hasan said that when his father arrived at the hospital on Friday, he was asked to follow “a lot of protocol which was not followed for other patients”.

He did not elaborate but two members of the hospital management said the patient was asked to come back with personal protection equipment (PPE) for the medical staff who would give him the dialysis.

Asked whether all the patients were bringing PPE, Paritosh Dash, head of the hospital’s operation unit, said: “We try to arrange the PPE and patients also come with PPE.”

Hasan said his father had been a regular patient at the Shanti Memorial Hospital for the past year and a half.

“Last Monday, hospital people called (and) asked do not come for dialysis as dialysis centre (was) closed,” the complaint said.

But, Hasan added, “we enquired (and) found dialysis was going on for other patient”.

He said the patient, a senior citizen, had come to the hospital with his driver as all his family members lived outside the state.

He has requested the police to check CCTV footage from the hospital to verify his allegation.

Hasan’s tweet alleges another hospital too refused dialysis to his father on the same grounds later in the day, but his police complaint does not mention this second hospital.

The tweet says that dialysis was arranged at a third hospital but the patient died before reaching it.

Bagchi, the hospital management committee member, said: “We told the patient he should come with personal protective equipment and we would do the dialysis.

But the patient left the hospital and did not turn up.”

Dash, the operations head at the hospital, said: “We asked them (patient and driver) to take admission and bring the PPE. But he left the place abusing our staff. We came to know he went to another hospital.”

Asked whether it was the patient’s responsibility to bring the PPE, he said: “As we don’t have PPE at the moment, we asked the patient to come with PPE. Medical staff are not in the mood to do their job without PPE, keeping in mind the coronavirus threat. His son based at Hyderabad continued to threaten us.”

However, in response to several similar questions, Dash said: “I don’t know why our staff asked this patient to come with PPE.

Besides, if he had come again, we would have certainly provided him the treatment.”